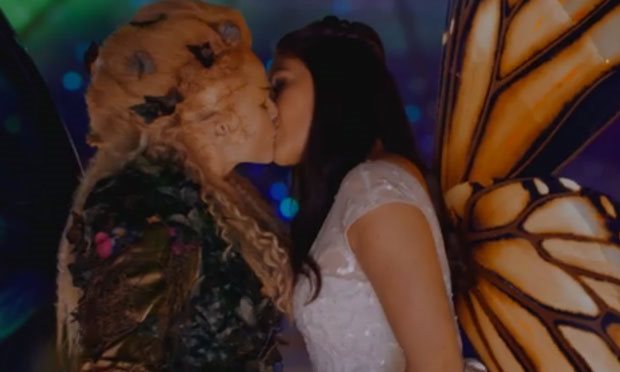 Russell T Davies said he wanted to bring Midsummer Night’s Dream up to date with a same sex kiss.

From its diverse cast to the shock death of the tyrannical King Theseus, the re-telling originally sparked headlines with the inclusion of kiss between two women.

But this appears to be the moment people enjoyed the most viewers.

The kiss happens between fairy queen Titania (Maxine Peake) and Queen of the Amazons Hippolyta (Eleanor Matsuura) after she grows butterfly wings – a moment not in the original text.

Russell described the last ten minutes of the programme as ‘the favourite thing I have ever done’ and went on to discuss the kiss from any Shakespeare purists who might take issue with it.

Really, if you’re a Shakespeare idiot, you might have a problem with it. It’s what his plays do, they reinvent themselves constantly, with every generation.

I don’t like the end of the play, where frankly Titania is submissive to Oberon and he gets away with his tricks. So it’s very deliberate.