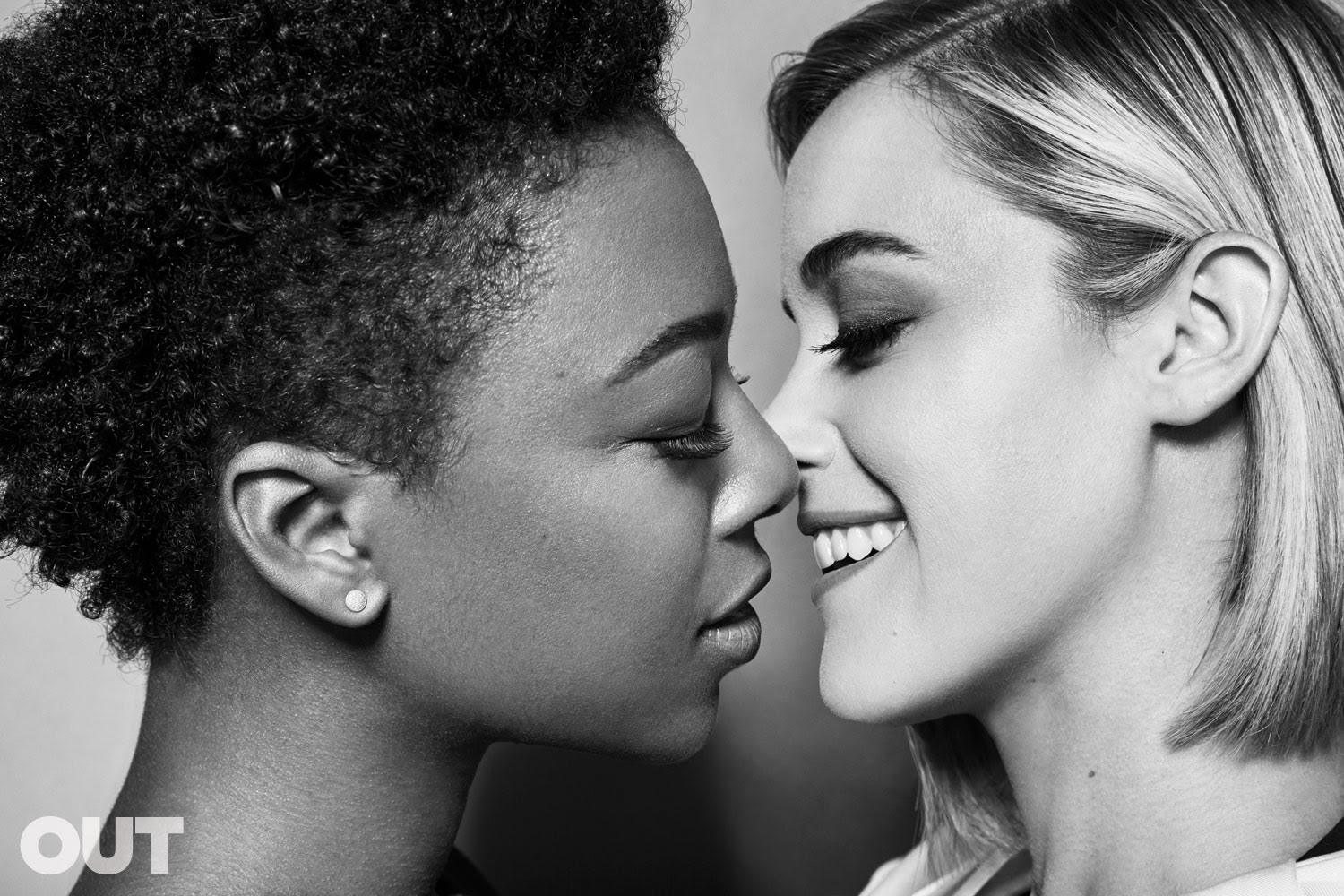 Most of us know the general tale of Samira Wiley and Lauren Morelli falling in love on the set of Orange is the New Black. That Wiley was an actress on the show and Morelli a writer who realized she was gay while working on the Netflix series and subsequently divorced her husband to be with Wiley.

But those particulars don’t touch on the emotions the women went through as they fell in love with one another and discovered things they never knew about themselves as they went from friends to girlfriends to fiancées.

Now, in an interview with Out, the two have revealed how the magic happened. 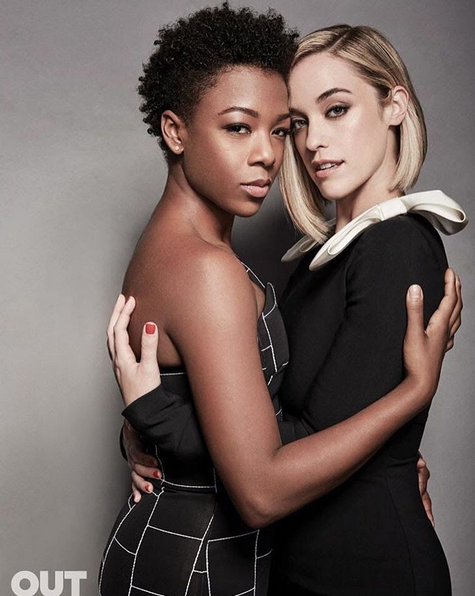 We spent four days in a row working together. Honestly, I thought she was gay the first time I met her.”

Wiley has been out for several years, a proud lesbian in a religious family. Her parents are pastors of the first black Baptist church to perform same-sex union ceremonies in Washington, D.C.

Morelli says in the interview

I’d already seen Samira’s audition tape and immediately had a crush on her — the complication being that I was married to a man at the time. I came to New York to shoot my first episode. I was on set, sitting in front of the monitors, and she and Lea DeLaria, who plays Big Boo, walked up to me. Our set is like a lesbian utopia, and I remember thinking, They’re flirting with me.”

Morelli also speaks openly about the shift in her sexual attraction,

I had started questioning my sexuality as a result of being in the writers’ room and talking about all the themes on the show. I was very open with my husband and told him. That turned into a year of going to couples therapy.

I had a few queer women around me, but not many I could talk to about such a huge, vulnerable thing. Samira became my outlet, and through that process I fell in love with her. Being with her felt too good to be true.”

Morelli separated from her husband and began dating Wiley. 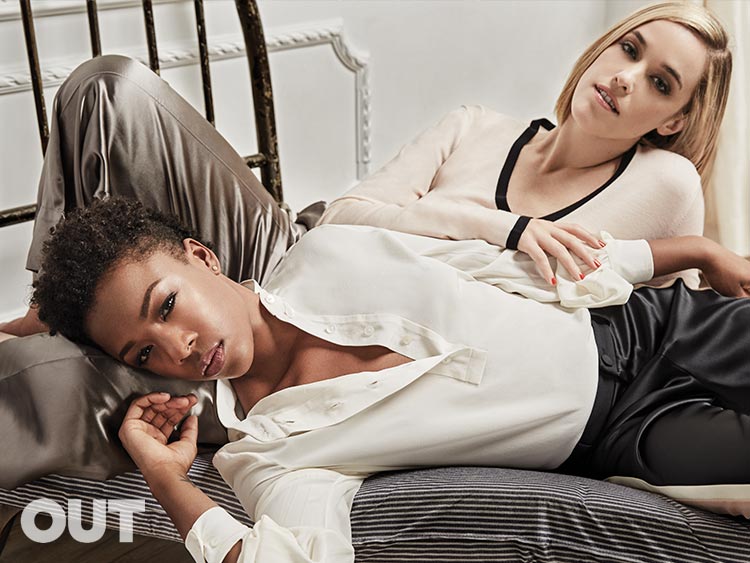 After working together, vacationing together and learning about each other’s strengths and weaknesses, faults and virtues, Morelli took Wiley away to Palm Springs in to pop the question.

Before heading out, Wiley said she couldn’t help but notice her girlfriend was acting odd.

She got home and was just not ready to go, and I was confused. She asked me to sit next to her. Then she got me up, and we started dancing together, and she pulled a ring from behind the couch. Lauren has been married before, so I wanted her to tell me she was ready, her to be the one to propose. I didn’t know she was as ready as she was. I was completely shocked. I was crying uncontrollably and kept backing away from her. I asked her after, “Who knows about this?” and she said, “Oh, everyone. Your parents know.” We didn’t tell anyone else for a few days. That was really important to us — to have some time where it was just ours.” 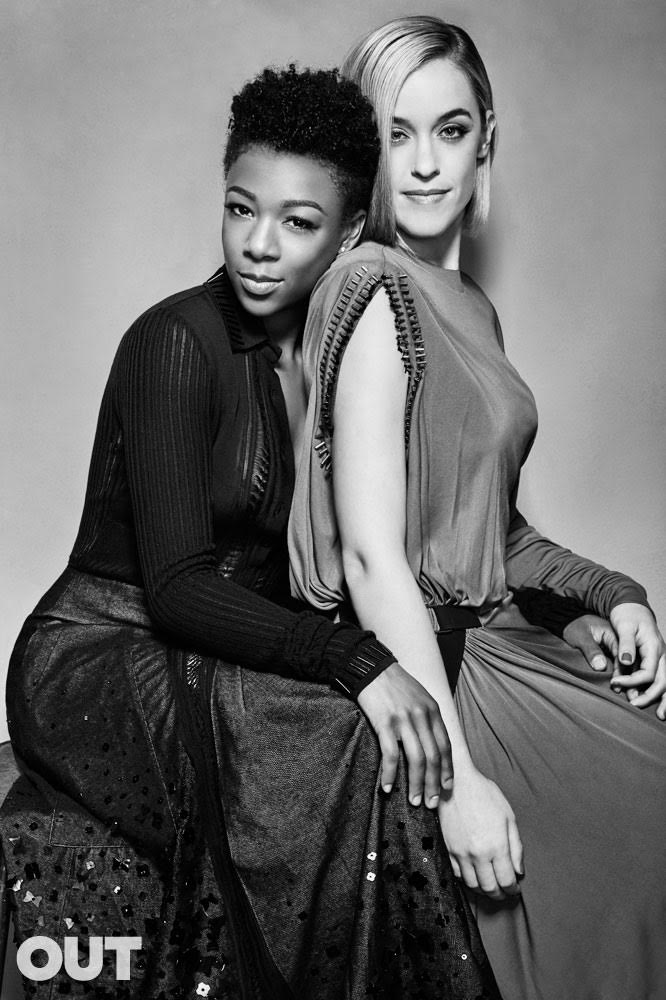 I was so nervous and terrified she knew it was coming, but she was so shocked that I couldn’t get her to stop crying. She was hyperventilating. I thought, Oh, this is not good. This has gone too far. She was very clear she’d wait for me to be ready, so to give her something I knew she wanted so much was incredible. It was the most magical day of my life.”

There’s this Sara Bareilles song we love called ‘I Choose You.’ For so long in our relationship, I wasn’t ‘the one.’ I was just waiting and being supportive of Lauren’s journey. To see her embrace her sexual orientation the way she has is like that song: ‘I choose this life as a gay woman, and we choose to spend this life together.’ I think — I know — I would not be where I am without Lauren. When I was first being thrust into the public eye, I wouldn’t talk about my orientation. Being with Lauren taught me self-love.”