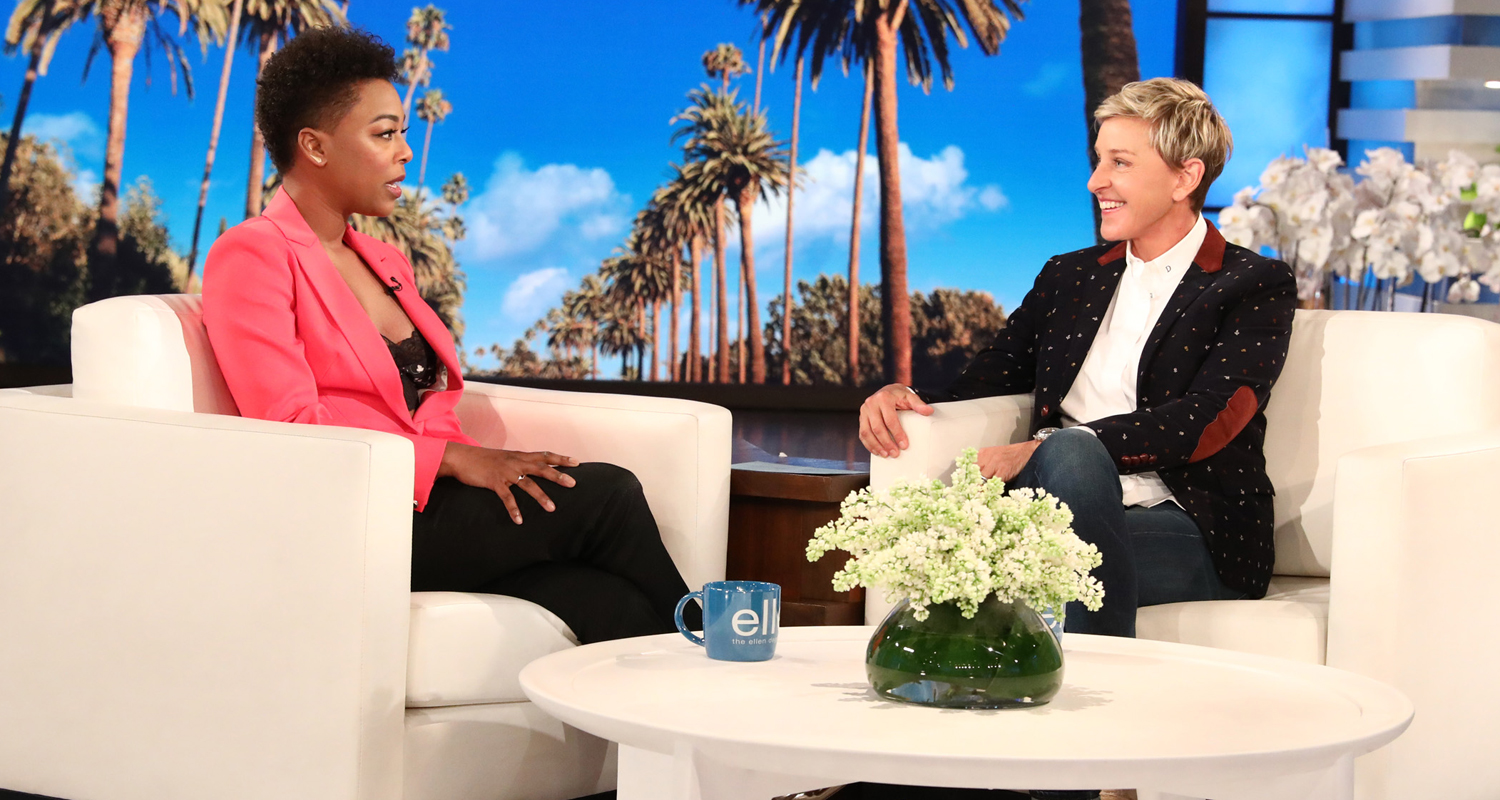 Samira Wiley was on The Ellen Degeneres Show for the first time.

However, Wiley revealed that she’d had a previous encounter with the host.

“I met you, like, really briefly one time. I know you don’t remember it because you’re Ellen, but it meant a lot to me because you’re lord of the lesbians.”

When DeGeneres pressed her as to where they’d crossed paths, Wiley ― who recently celebrated her one-year wedding anniversary with wife Lauren Morelli at Disneyland ― quipped,

“Probably at a lesbian event. I go to those sometimes. I see you at those.”

Later in the interview, Wiley touched on the cultural relevance of The Handmaid’s Tale, which returns for its second season this April.

Noting that the show’s iconic red costumes have been used in women’s rights demonstrations across the country, Wiley said,

“You see how much it permeates the culture that we’re living in right now. It’s everywhere.”