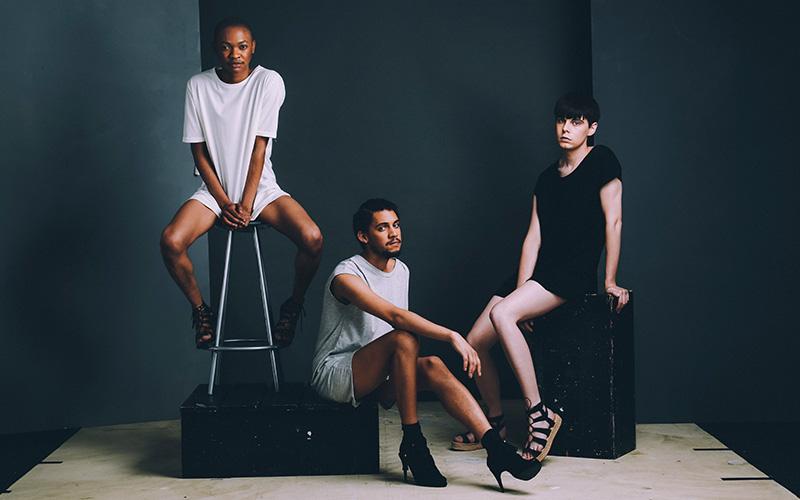 I was a fashion blogger for a couple of years when I was younger, so I have kind of seen what extremely talented people can emerge out of this community, the amount of hard work that is invested and the excellent results produced, sharing insight and inspiration, starting trends through one’s lens, pen and original ideas.

Fashion blogging can be considered a bottom-top form of journalism, coming from skilled amateurs that often wish to recreate the sartorial word as it has been built around them.

People who start off as fashion bloggers with a timer on their camera, eventually build their names in the world of editing, designing and advertisement. Big fashion houses have started taking into consideration the opinions of – and collaborating with – fashion bloggers.

When I got into college I stopped blogging about fashion, mostly because my schedule didn’t allow it, so I simultaneously cut most strings with the fashion blogging world in general, in order to not see something and be tempted again to stuff what I’d felt I’d done enough into the already impossible timetable of my everyday life.

Still, whenever I stumble upon good blogs ever since, a spark lights inside me. Many of them inspire me greatly or encourage me to keep doing what I am, letting me know that I am in the right path, not only in the way I dress – for which little time I have to bother nowadays – but generally concerning my choices in life.

I recently discovered Sandiso Ngubane who runs Skattie together with ELLE South Africa Contributing Editor and Visi Editor-at-Large, Malibongwe Tyilo. Skattie is an amazing fashion website which focuses both on local and African fashion coverage and features articles on news from the fashion world, lookbooks and interviews.

I read on the About Us page that the website was founded in 2010 and was originally a blog called Skattie, What Are You Wearing? Ever since, it gained followers who were both fashion enthusiasts and professionals of the industry.

Sandiso Ngubane “writes stuff and raps to beats”, as they say on their Instagram bio. They are also a Trends Analyst and Fashion Writer who never feared to challenge gender norms in clothing.

On this article titled as “Gender Free”, Skattie talks about feeling comfortable in the skin you live in and how this was a sentiment that had not always been taken for granted in their life. Conforming to gender norms when it came to clothing was hard, since both Sandiso and the world around them, felt like they were different to other boys. Their wardrobe consists of chic garments from the womenswear section, and such a choice is not always that easy for the people who surround you to understand.

Being a person whom people perceive as a woman, I’ve had several weird comments about the floral necktie that hangs on the cardboard Hogwarts sign in my room, and it baffles me to great extents how people will be all 404: Error Conformation to non-Essential, Socially Constructed Gender Norms Not Found because of a harmless tiny piece of fabric with freaking flowers on it, that cost 2 euro on Ebay.

“Is that your boyfriend’s?” they ask. “Do you actually wear that out of the house?” It makes me want to laugh at the thought that, if a necktie shocks society as much, what is going to happen with a lot more than a necktie?

But then again, it’s not laugh material. Many people live their lives by gender norms as if it’s some kind of religion. My mother feared that my tomboy period during middle school will result with me being a lesbian.

Well, she wasn’t entirely too wrong as I did turn out to be queer – pansexual, more specifically – but what people need to understand is that clothing, manners of walking and talking – or all these habits and behaviors that go under the umbrella of gender expression – don’t have anything to do either with sexuality or even with gender identity. Many times people do choose a certain way to dress that drifts away from social norms in order to emphatically express their sexuality or gender and feel empowered in them.

For me, sartorial choices have been, during specific periods of my life, a way to communicate the feelings connected both to my gender and my sexuality, but that doesn’t mean it’s the rule. People don’t have to dress a certain way to be something and vice versa. We should all be free to dress however we please, without other people assuming things about us, shaming or marginalizing us.

Many people have attributed Sandiso’s fashion choices to them being gay, but as they reply, this assumption is wrong: “Not only would that statement be a sweeping generalisation about homosexuality and its manifestations, but it’s one that is steeped in the assumption that I probably want to be, or I like to act like, a woman. Far from it!”

Sandiso continues with saying that they feel more successful expressing themselves through clothes from the womenswear section, and points out that many people do not wish to conform to a binary based fashion system at all. Furthermore, we should not confuse that with drag – which has an element of flamboyance directed to the entertainment and provocation of others – but understand that some people simply want to dress as themselves.

At this point, Lee Hagen, a Marie Claire fashion stylist is quoted: “Being an effeminate, androgynous kid brought me a lot of unwanted attention growing up. Strangers would ask me if I was a girl or a boy and I could never answer them with full conviction that I was the latter. Gender pronouns have perpetually made me feel uncomfortable, especially when referring to myself, because my assigned gender has never been intrinsic to my identity.

I still experience animosity from strangers as an adult, but it’s far less verbal. The eyes say a lot.” According to Lee, fashion is a form of self-expression that can work in miraculously liberating and strengthening ways, and womenswear clothing seems to be breaking these limits more effectively.

Jared Blake, another friend of Sandiso’s, has also experienced many cases of public bullying for the way he dresses, even though there are also people who show appreciation for his unique and seductive fashion sense, and identify the empowering character such a choice may bear in a society that is way too hostile towards forms of self-expression that deviate from the norms.

According to Sandiso, the world is gradually become more and more welcoming for gender-non-conforming and genderqueer people to express themselves and live in their true gender identity. I wish I was just as optimistic – truth is, I’m not. I keep seeing the obstacles that people close to me who do not wish to conform to gender norms encounter. However, I am hopeful for the future, and I do agree that shaping our own lives, identities and expressions in ways that let us live true to ourselves is, in itself, revolutionary.

Sandiso closes their article with these words: “As a dear friend of mine would say, the fact that we understand the fear of being ourselves, yet we refuse to give in to what would essentially be cowardice, is a political statement.”

Based on this article

[1] I use “they” and I do apologize in advance for the case that it is not be the best choice, because I have not yet seen somewhere what pronouns Sandiso feels more comfortable using. The use of this pronoun has not been confirmed, but in order to avoid using a gendered pronoun that might be problematic, I went with the gender neutral “they”.