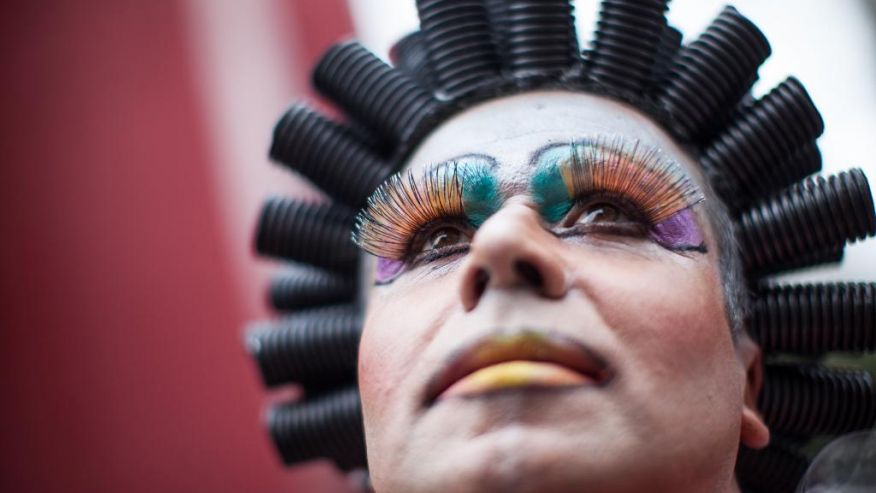 Its been estimated, that nearly 2 million people converged on Sao Paulo for Brazil’s largest LGBT pride parade on Sunday.

Participants gyrated through the heart of Brazil’s business metropolis, letting their hair down at the 19th Lesbian, Gay, Bisexual, and Transgender (LGBT) parade, whose slogan this year is “I was born this way, I grew up so I will always be like this: respect me.”

The parade, which saw around 20 themed floats replete with dancers join the party, dwarfed the first, held back in 1997 and attended by only around 2,000 people who professed on that occasion that “we are many, and we are in all professions.”

Some marchers carried rainbow flags and parasols while one held aloft a giant banner proclaiming “proud to be a transvestite.”

Also in attendance, were some of the cast of Orange is the New Black. Actress Samira Wiley wore a hat sideways with the words “I love girls,” while she waved to the crowds alongside Natasha Lyonne and Uzo Aduba.

Organisers say the parade is mostly a day of celebration but also serves as a reminder of the discrimination lesbian, gay, bisexual and transgender people still face.

Brazilian broadcaster Globo indicated the city authorities had spent in the region of $500,000 on helping to organise the event but expected to net around 40 times as much as tourists flocked to join in the fun.

Since the parade was first held in 1997, the LGBT community has made significant gains in a mostly socially conservative Roman Catholic country of 202 million.

Although same-sex marriage became legal in Brazil in May 2013, widespread discrimination on grounds of sexual orientation and gender identify still exists.

LGBT rights groups indicating that last year saw 326 homicides of homosexuals, bisexuals and transsexuals and stating that the country sees homophobic or transphobic attacks on almost a daily basis.

President Dilma Rousseff has pledged to support moves to criminalise such attacks although her government faces opposition from Evangelical Christian politicians on the right, some of whose supporters organised a counter parade of their own Sunday.