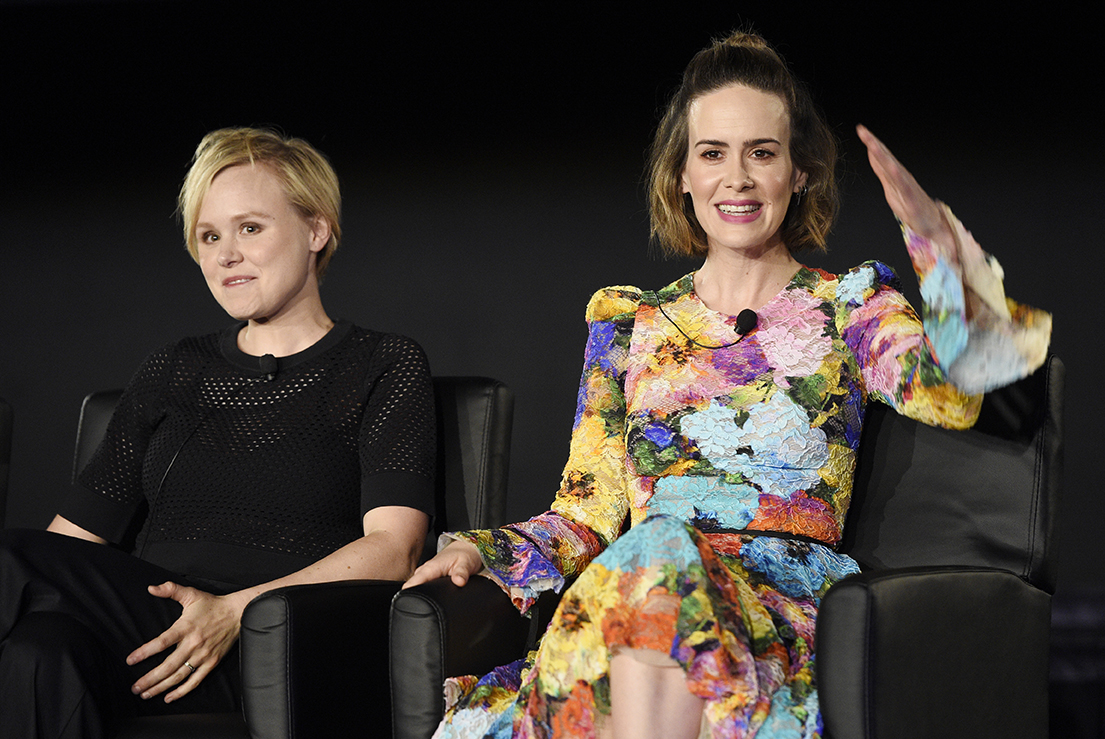 There are two women married to each other in that house, but who are they? It’s me and Alison.”

Aside from that love connection, though, the Cult panel didn’t answer how Evan Peters’s character Kai plays into any of this.

In July, co-creator Ryan Murphy posted a sketch of Paulson and Peters on Instagram with the caption “Ally and Kai in CULT … a love story for the ages.”