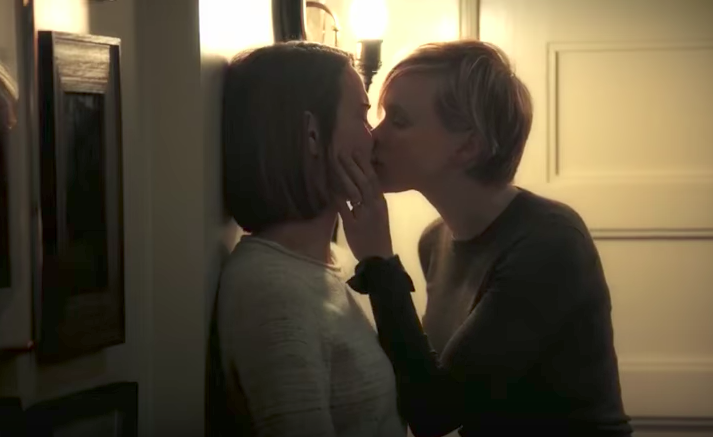 After months of the traditional speculation over what American Horror Story’s next season will entail, AHS: Cult has finally released its first real look at its new mystery

As I mentioned last week, Allison Pill and Sarah Paulson play wives in this politically charged instalment of the series, and the trailer treated fans to a few glimpses of their on-screen dynamic.

By the looks of it, Ms. Paulson’s character is devastated by Donald Trump’s presidential win, and her trauma somehow involves killer clowns (because why not?).

As for Pill, her character is more calm and skeptical, so it’s safe to say the pair’s relationship will be tested.

Newcomers to the AHS world like Lena Dunham and Billy Eichner don’t show up in the preview (unless they are wearing clown masks), but we get our first glimpse of Billie Lourd as a nanny for Paulson’s son.