Sarah Paulson: ‘Emmy Win Made Me Feel Like I Belonged’ 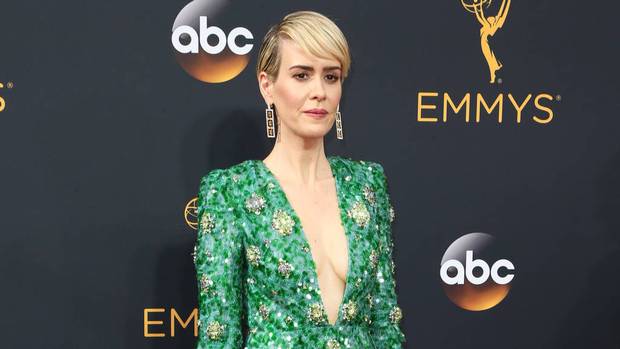 Talking to Variety about her victory, she says it was what she needed to make her realise just how faActress Sarah Paulson felt like she “belonged” after her work was recognised when she took home an Emmy Award on Sunday r she has come.

As an actor, you’re always afraid that you don’t belong, especially when you keep getting let into rooms that you’re not sure you should be in, with more people that you respect and admire. You say to yourself quietly, ‘I hope they don’t realise that they let me in here and make me leave.’ Somehow, standing there with all of those people, their reaction made me think that I belonged.”

While Paulson has been in the acting industry for the past 22 years, it is only recently that she has received critical acclaim for her skills on screen. 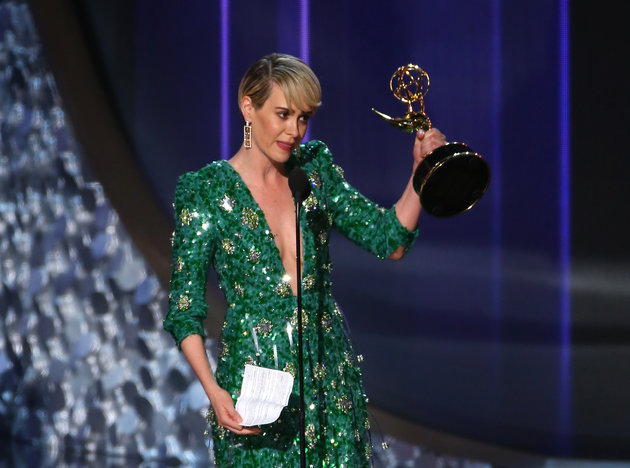 Paulson is also aware that having an Emmy win in the bag will likely contribute to her being offered more work going forward.

This means someone else will ask me to do something great,” she added.

Following her win, Paulson was flooded with congratulatory messages, including sweet-nothings from her girlfriend, Holland Taylor.

Having a heart attack… pic.twitter.com/KS9MxqcLTn

However, she says she is still struggling to accept her Emmy win, telling the publication:

To be 41 years old, approaching 42, and to have all of this? We all know what goes up must come down, right? I’m just trying to keep my eye on the horizon.”

Paulson opted to take the real-life Marcia Clark as her date to the Emmys, and insisted that she came backstage with her as her name was engraved onto her trophy.

While she needed to get special permission to bring Marcia backstage at that moment, the actress insists it was entirely “appropriate”.

Playing Marcia has become a career-defining role for her, admitting she was keen to portray the embattled lawyer on screen.

The thing I kept coming back to was I wanted to cut to the quick of how abandoned I felt she was by women, almost as a collective. It just felt like everyone wanted to drop the hot potato that was Marcia Clark. I so felt for her, having only played it. Multiply that by a million, and also have it be your actual life.”

1 thought on “Sarah Paulson: ‘Emmy Win Made Me Feel Like I Belonged’”