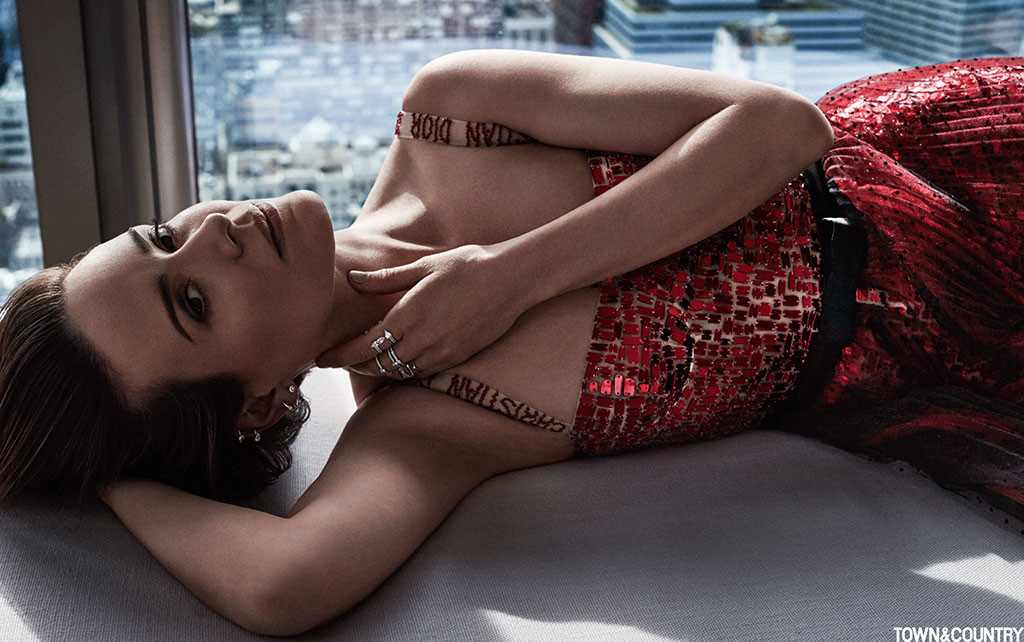 Many words have been used in regard to Sarah Paulson and Holland Taylor’s romance. Now, the actress is sharing a few of her own.

Paulson – who is usually very private about her long-time relationship with the fellow actress, Taylor – has opened up a touch more about her safely guarded personal life – and why it is that way.

In a new interview with NET-A-PORTER’s The EDIT, Paulson revealed she heard the same opinions that the likes of Amber Heard and Ezra Miller have spoken about when it came to their dating choices – that it would hurt her career.

Talking to Town & Country, she explained

“I do not want to be defined by who I share my bed, my home, my soul with. My choices in life have been unconventional, and that’s my business.”

However, she does acknowledge what being public with her private life can do for others watching.

“I do want to live responsibly and truthfully without hiding. It’s complicated, because there is a lot of hate in this world, and a lot of good can come from quote-unquote normalizing something for people who don’t see it as normal. Our relationship represents a certain amount of hope and risk. Maybe there’s something brave in it. Maybe it encourages others to make brave choices.”

As the Golden Globe winner quickly learned, not everyone’s reaction to her relationship would match her’s.

She previously told The EDIT, that she heard the same opinions that the likes of Amber Heard and Ezra Miller have spoken about when it came to their dating choices – that it would hurt her career.

“My life choices are, um, unconventional. I’m with a much older person and people find that totally fascinating and odd, and, to me, it’s the least interesting thing about me. But I do feel a bit unconventional.

Early on, when people found out I was with Holland, some said: ‘I think you have to be careful, I’m afraid it’s going to affect your career negatively’. I was like, what? It never occurred to me at all.”

In fact, Paulson revealed that she even questioned whether she should publicly address her girlfriend during her Emmy’s speech, while accepting the award for her portrayal of Marcia Clarke in The People vs OJ Simpson.

“It occurred to me, should I not do that? And then I thought, why would I not? The fact I’m having this thought is wrong. But I had a moment of societal concern; wondering if, maybe, people who didn’t know that about me would be like, wait, what? But then, you know, I did it anyway.”