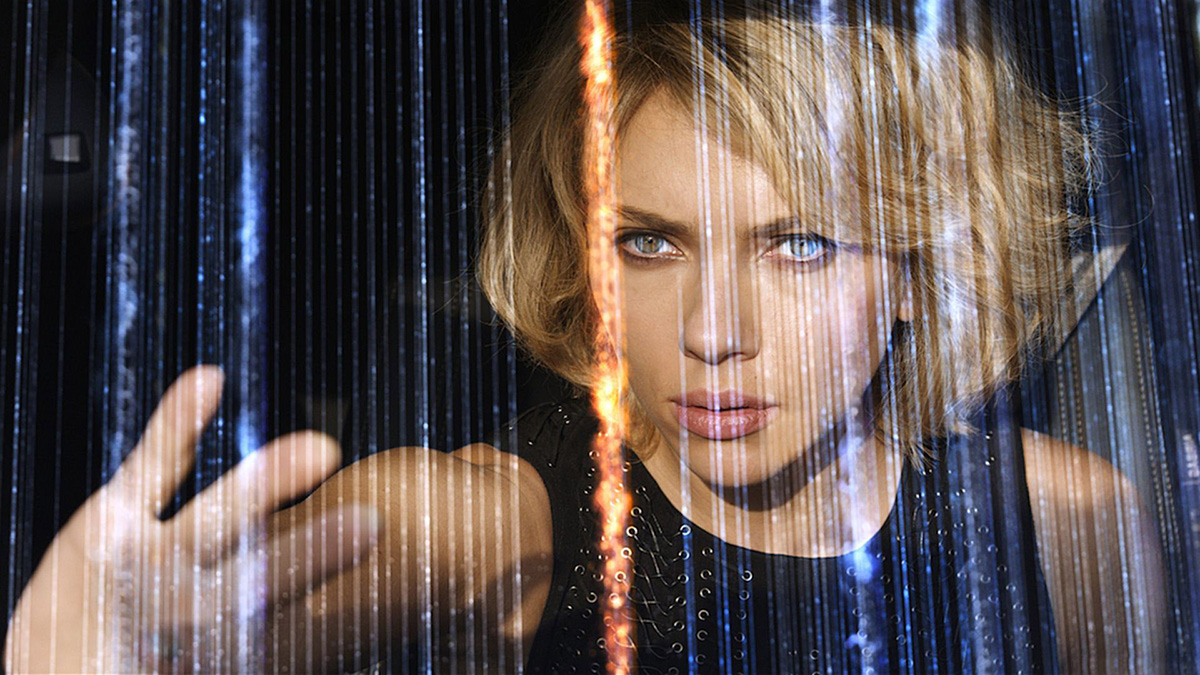 It’s a sad, sad thing that although we are quite a few movies into the recent Marvel heroes movie surge we have yet to see Scarlett Johansson kick ass, take names and save the world as Black Widow the way her male Avengers counterparts (Thor, Captain America et. al) have in their own movie franchises.

While Johansson’s public support of people like Woody Allen and her sponsorship of oppressive companies have been abrasive at best, there’s no denying that people are hungry to see her play a badass female superhero. Directed by Luc Besson, ‘Lucy’ hoped to be Johansson’s turn to party with the boys.

It may not be within the Marvel universe but playing the titular character after she is forced against her will to transport a package of drugs within her body, before then accidentally absorbing those drugs and gaining advanced mental and physical powers, Lucy had the potential to be a superhero that all of us could support. So it’s a shame that the film turned out to be a racist amalgamation of stereotypes and tropes instead.

The first time the queasy feeling will settle in your stomach whilst watching Lucy is when the character (remember, she’s white) is placed into Taiwan and tasked with the unsavoury job of killing exclusively Asian male villains in the name of liberation and justice. Is there a feminist cause to be championed in there somewhere – that this female hero is getting her revenge by taking on men?

Yes. Is there also an overt racist trope of the ‘vulnerable’ white woman (remember, she’s already smarter and stronger than the majority of the people on the planet by this point) taking on the scary, brown man? Check marks all round for Lucy on this one. While I could entirely focus the remainder of these piece on asking why a film set in Taiwan has a white lead, since I can answer that succinctly with ‘Hollywood is racist’ and link you to this HuffPo article and this one from TIME to prove it, I’ll move onto my next point.

What may seem like a minor problem actually reflects ‘Lucy’ as a whole. Peep this screengrab of Chinese writing in the background of the film. It translates as ‘Keep Clean. Apple, scallop & ginger, orange, tomato, grape’. ‘Ha!’ I hear someone say in the distance ‘what a wonderful Easter egg for those who understand Chinese characters’, but they’re wrong, this isn’t an Easter egg at all.

Rather, it’s a further example of someone on this movie’s staff not doing their research or not caring enough to do the language spoken the inhabitants of the film’s Taiwan setting justice. They cared enough to make this sci-fi thriller (or crime thriller, no one is really sure) about the very real fact that humans only use about 10% of their brain power and stick it in a country full of people of colour that would make Lucy’s plight for revenge seem so much grittier, but not enough to Google Translate some scarier phrases than the contents of my fruit bowl.

But, I say, knowing full well that there are so many more column inches I could dedicate to this God awful movie, the very worst example of racism in Lucy is this scene (tw: violence at the link). A country predominantly made up of non-English speakers, Lucy goes up to a man and shoots him dead because he does not speak the language that she does.

Newsflash: Lucy, there are more people who don’t speak English in the world than those who do. Statistically, it’s moronic for her to expect that a person in a mostly non-English speaking country is going to share her dialect. but more than that, the film perpetuates the idea that it’s ok to murder people in cold blood if they speak with an accent or don’t speak the same language as you.

In short, maybe it’s action scenes are shocking, maybe the concept of a female superhero is a good one but this film is so vividly offensive, so undeniably racist that I implore you not to support it. I know we as feminists want women to be the leads of all media, especially those like superhero films in which men have typically reigned, but for crying out loud if this is the example of a ‘female lead’ that we’re willing to accept then maybe we don’t deserve it.