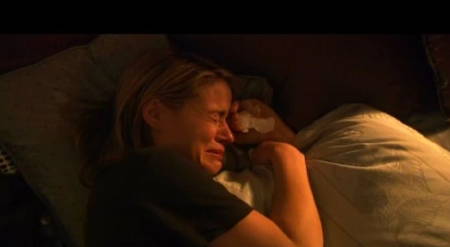 However, according to a new study, there are actually five distinct stages that lead to a break-up.

This is before you even think about breaking up.

Everything’s rosy and you’re probably having a super time skinny-dipping and frolicking in the sea/having romantic candlelit dinners/Netflix and chilling.

In this stage, the first signs appear that something isn’t quite right and not everything’s so great any more.

You start having doubts and thinking things like “this relationship isn’t for me,” or “there’s something off in my relationship,” My Domaine reports.

By the third stage, you’ve reached the point where you’re certain you want to break-up, but don’t know how to go about it – we all know it’s never easy to instigate.

For many people, the preparation stage lasts for months because they’re umming and ahhing, can’t pluck up the courage to end it or just don’t want to hurt their partner’s feelings.

The fourth stage is where you actually take the plunge, have the chat and go your separate ways.

Some people gradually fall into the action stage by talking to their partners less and less, whereas for others it’s a sudden cutting off of all ties and ceasing communication.

The final stage of a break-up is that sad period where you’re giving back each other’s belongings, be they toothbrushes, DVDs or jumpers.

According to the study, if you’ve managed not to get back together while having these final exchanges, you’ll probably stay apart forever.

The report, carried about by the University of Tennessee and published in the Journal of College Counseling, saw researchers measuring two samples of college students.

So now you know what signs to look out for – and what might be coming.