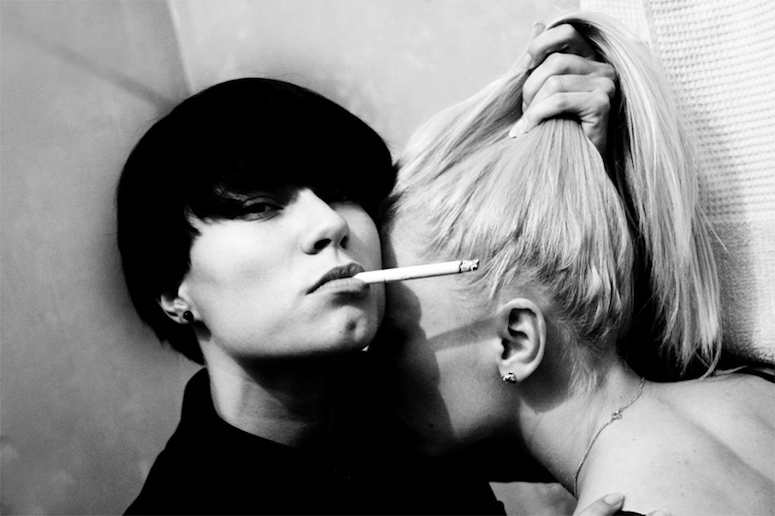 So here’s a thing, it turns out that kinky sex you’ve been having with your bea can do a lot more than get you off — it can actually help relieve stress.

When the researchers looked at people engaging in BDSM-style sex, they noticed that they were regularly entering a “flow state” of mindfulness, which is apparently the same mental state athletes get into when they’re “in the zone.”

Flow is an enjoyable and pleasurable state that people get into when they are performing an activity that requires a high level of skill. It’s a state in which the rest of the world kind of fades away and somebody is concentrating very intensely only on what they are doing.”

And guess what else? Kink is waaay more common than you’d expect, with research showing that about half of all people have had some kind of freaky sex at some point, and a whopping 84% saying they’d like a little more kink in their lives.

If you’ve ever had kinky sex, you already know what this subspace feels like, and you know that it’s goddamn amazing. But in case you haven’t, it’s a “floaty” or “high” feeling that comes from the huge rush of endorphins that floods your body, courtesy of the sheer pleasure of living out your freakiest fantasies.

In layman’s terms, kinky sex is physically stressful, and your body freaks out a little, which cause your adrenals to release the stress hormone, cortisol, to compensate.

Normally, stressful situations where cortisol floods your body puts you into “fight or flight” mode, which is what happens if you were about get attacked by a pit bull or something.

As you might guess, this stress response is very useful, but doesn’t feel very good, considering your brain automatically thinks you’re in serious danger.

And to think you were wasting all of your money on yoga, meditation classes and herbal tea, when really, all you needed was some good, adventurous lovemaking to relieve your stress.