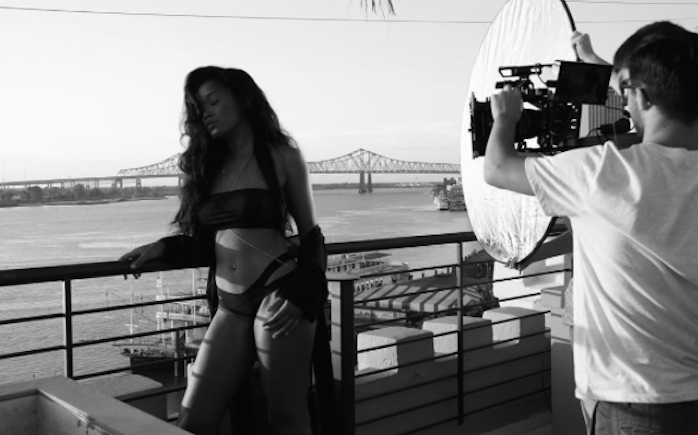 Scream Queens’ Keke Palmer, has a new video out for her single I Don’t Belong to You, and it features a bisexual twist, which sees Palmer’s on-screen persona leaving her relationship with a guy for another women (played by a Calvin-Klein underwear-clad Cassie).

Palmer explained in a recent interview with Necole Bitchie that the song is about coming to terms with change, partially in response to having come out of a long relationship.

The former Disney star, who’s starring as Zayday in Fox’s super-campy horror series Scream Queens, further explains how the song is an extension of her.

…that’s what I Don’t Belong to You, is saying. This song feels right. It feels right and it’s telling who I am. And it captures my identity.”
Watch the video below – And we won’t blame you if you need to watch it several times to truly appreciate the artist value.