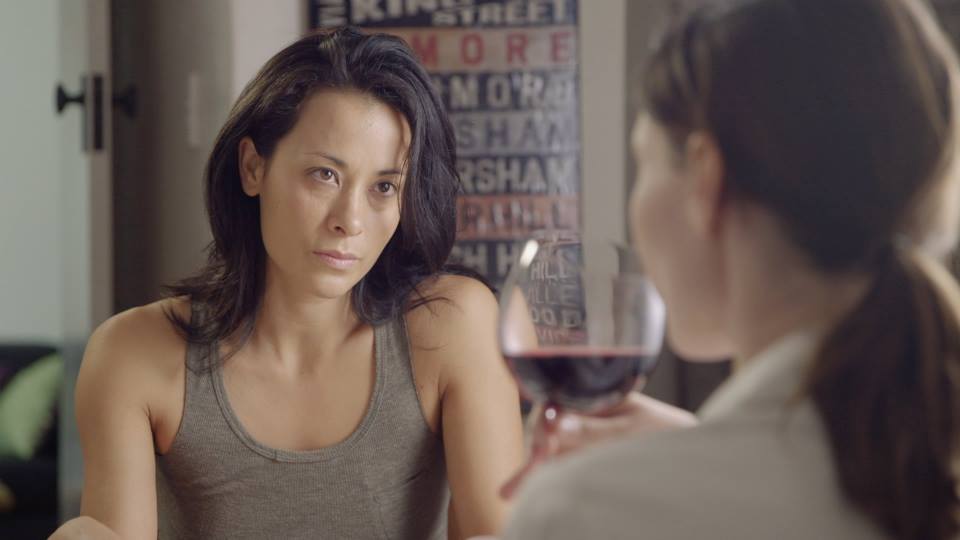 The series, which has been praised for it’s strong performances and addictive story line, has reached close to half a million views since in launched in March 2014. It’s currently showcased on the largest lesbian media sites in the United States (One More Lesbian) and the Caribbean (PNT), where it regularly heads the top 5 of the programs featured. The series also regularly rates in the top 10 of the peoples choice of indie soaps in U.S. blog, We Love Soaps.

We launched Season 2 of Starting From … Now! on Tuesday night. This meant not only releasing the first episode online, but also holding a launch party where we screened the first three episodes of the season for cast and crew, family and friends, industry and press. It was a great night.

When I first set out to make this web series, I hadn’t planned on making a second season. I thought I’d make one season and then move onto another project. But then something happened. It was the day after we’d wrapped. I remember returning some of the gear we’d borrowed for the shoot, hauling it through the streets of Sydney. I was exhausted. I’d hardly slept, we’d just come off a ten-day shoot and the gear was really heavy but I couldn’t stop thinking about what would happen next. What happens later that day, that week, when Darcy goes home, when Steph next sees Emily, when Kristen finds out? It kept nagging at me. I wanted to know, just as much as anyone else. So I went home and wrote it and there was Season 2. It sounds flippant to say it like that and I wish writing was that easy, but for some reason, these episodes came to me more easily than anything else I’ve ever written. It’s like they were already there, just waiting to come out.

Kristen arrives home, oblivious to how Darcy has spent the afternoon. She suggests they throw a party to celebrate Steph’s birthday. While careful not raise Kristen’s suspicions, Darcy does everything she can to talk her out of it.