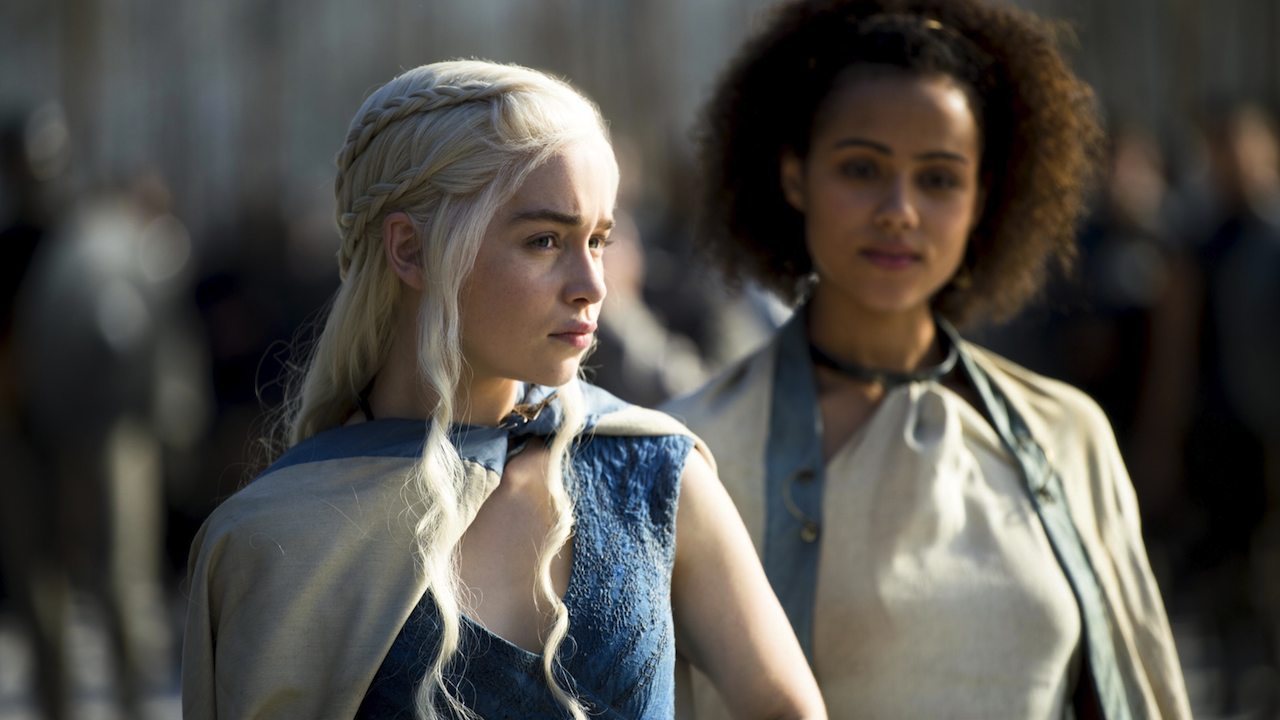 Season 5 is coming, and the Game Of Thrones crew have shared a new teaser.

Though the teasers is cryptic, we have heard a few things about the upcoming season.

Daenerys Targaryen (Emilia Clarke) and her right hand maid Missandei (Nathalie Emmanuel) are set to get even ‘closer’ in season 5, and certain fan theories have hinted at a possible sexual attraction between the two.

Missandei has been a mainstay on the show since Season 3 when she was introduced as an enslaved translator, Daenery then sets free. Through the last two seasons, Missandei’s importance has increased as her role as one of Daenerys’ confidantes has grown.

Season 4 also introduced some sexual tension between the character and the soldier Grey Worm (Jacob Anderson), and Missandei and Daenerys spoke candidly about it with each other.

Whether or not Daenerys starts a lesbian romance with Missandei, remains to be seen, but fans can definitely expect several new twists which are not quite in line with the books.

What else to expect from Season 5?

Kit Harington, who plays Jon Snow, has hinted that he will have a major storyline in the upcoming Season. If that’s indeed the case, fans of the actor can rest easy considering that killing off major characters is a speciality of this show. The last season ended with Snow assuming a more central role after the epic Battle of Castle Black. It remains to be seen how things now unfold for this (one of the few) remaining member of the Stark house.

There is also a batch of new characters and new land – the Kingdom of Dorne – being introduced, This includes the Sand Snakes, who are the daughters of Oberyn Martell. They’re sure to stir up trouble in Westeros in the wake of their dad’s death. The eldest of the Sand Snakes, Obara, will be portrayed by New Zealand actress Keisha Castle-Hughes.

Game of Thrones will return in April.