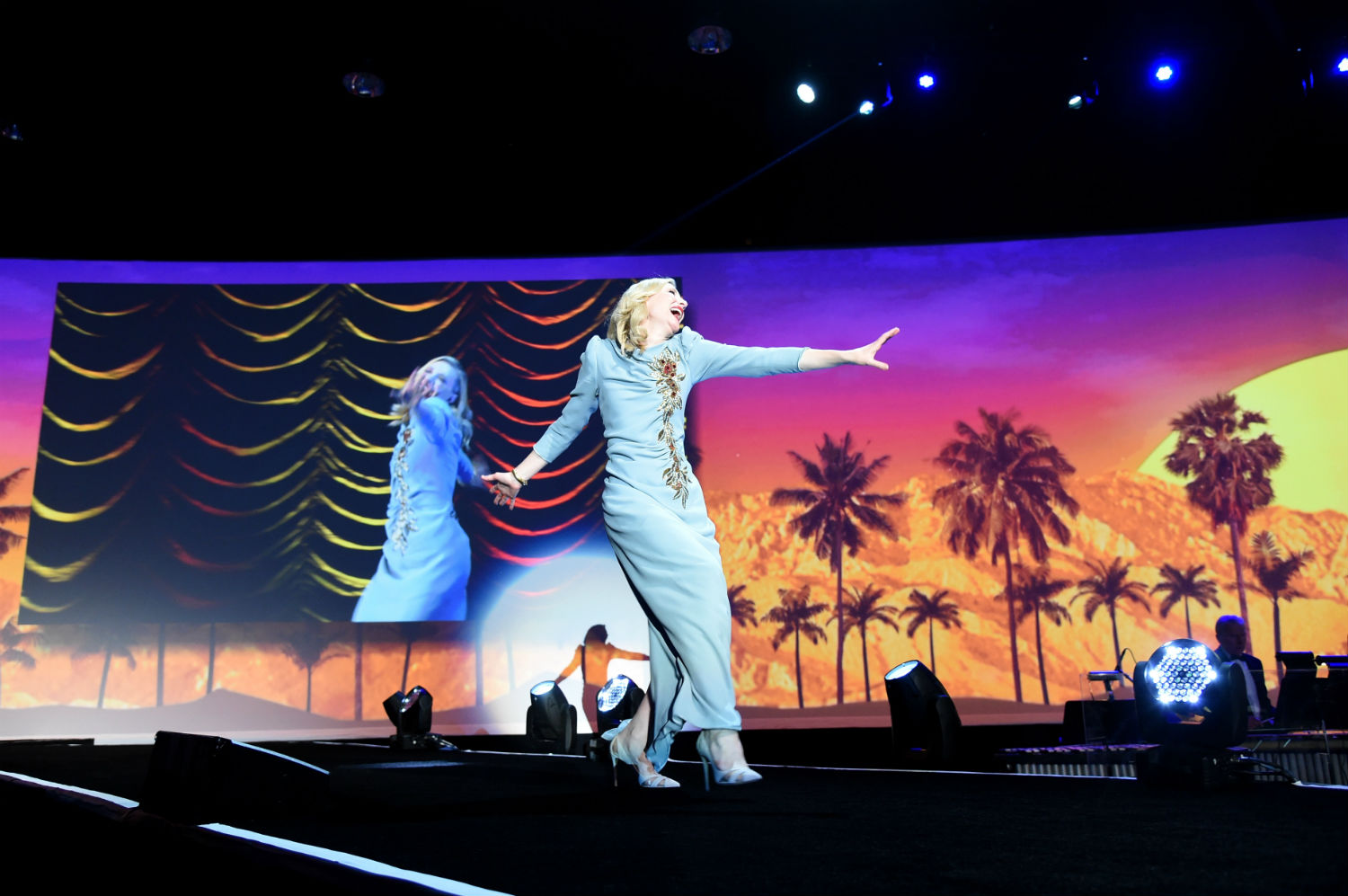 Awards seasons frontrunner Cate Blanchett – who has been tipped for Oscars glory for her role in the critically acclaimed lesbian love story Carol – quite literally danced for joy after winning an award at the Palm Springs International Film Festival Awards Gala.

After it was announced she had won the Desert Palm Achievement Award – Actress at the ceremony over the weekend, the star threw her hands up and danced on stage.

Speaking of her new role as the repressed housewife who falls in love with a younger woman (played by Rooney Mara), Blanchett said it can be frustrating playing a gay character because many people expect their own relationships to be represented.

The problem is that when you represent a character in a same-sex relationship, it’s like you have to represent them all. You become a spokesperson, which really isn’t the point.”

When the time comes that we have a diversity of same-sex couples in film, then the problem is solved, I don’t have to stand for everyone.”