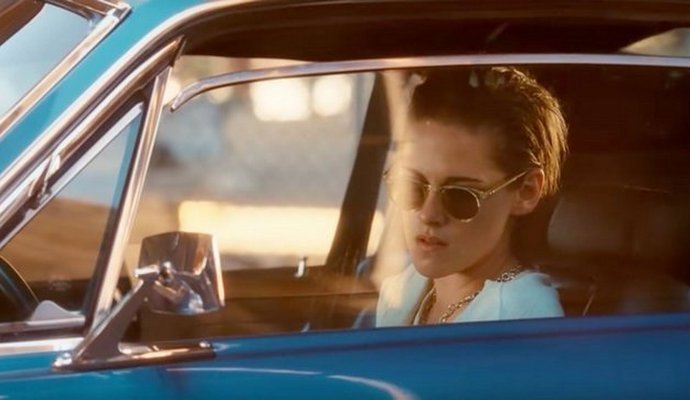 For her latest role, Kristen Stewart is taking a walk – or rather, a ride – on the wild side, as the freewheeling star of The Rolling Stones‘ latest music video.

The track, a cover of Eddie Taylor’s 1955 song “Ride ‘Em On Down,” is the first single off their new blues cover album, Blue and Lonesome, their first studio album in a decade.

In the video, Stewart spends most of her time zipping around an eerily empty Los Angeles in a bright blue vintage Mustang GT, stopping only to dance like crazy at a gas station.

Amid canted angles, Stewart evokes the Stones tongue symbology; she licks a blue lollipop and cruises past skyscrapers, one of which boasts the tongue on its roof.
The piece was directed by François Rousselet, who has recently helmed videos for Snoop Dogg and Iggy Azalea.

Ride ‘Em On Down,” which the Stones originally recorded in 1955, is the band’s first single in more than a decade. It also marks their 25th studio album.