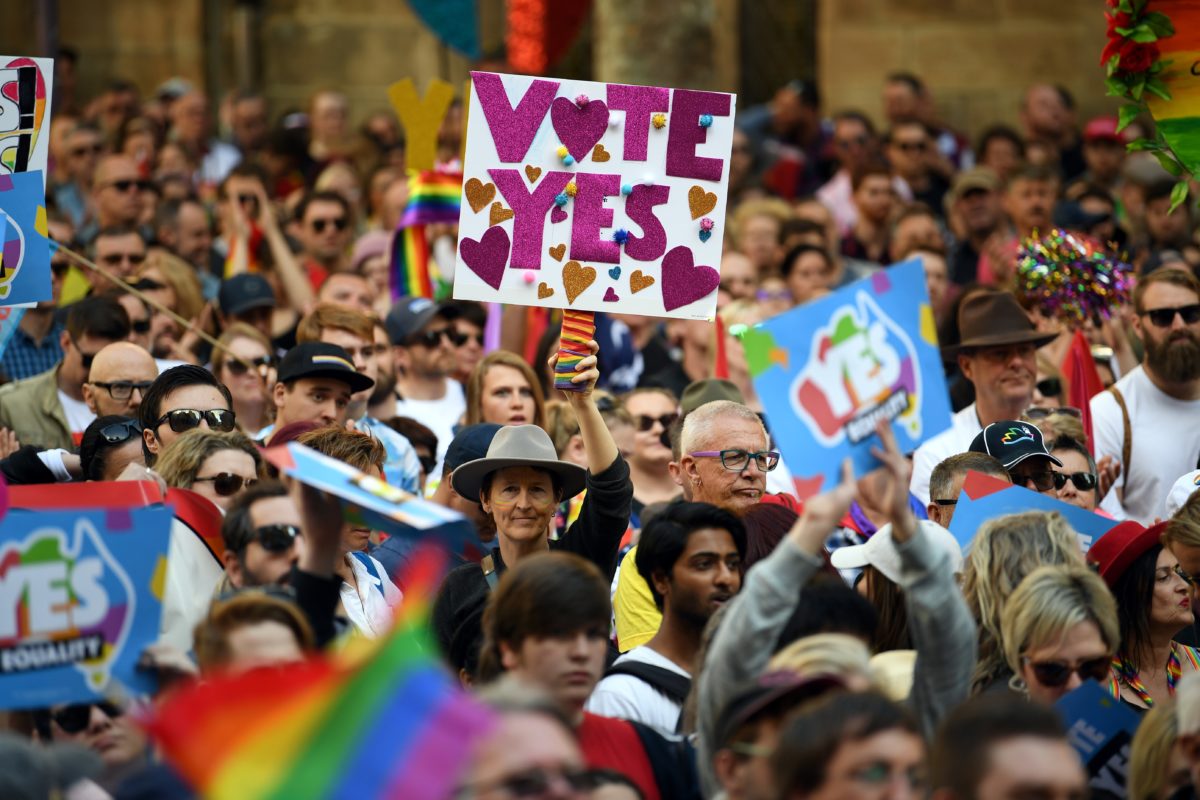 At 10am on Wednesday the Australian public will know the results of the same-sex marriage survey, but there is already growing assumption that the answer will be ‘yes’.

And according to Senator Dean Smith, the Australian Parliament will begin a debate on same-sex marriage “within days” of a Yes vote.

Speaking to Sky News, he said: “Australians will not tolerate delay.”

Millions of voters have been returning their ballots for weeks in the country’s non-binding postal vote on LGBT rights.

An incredible 78% of eligible Australians have cast their vote.

The vote has no legal basis, however, and will merely inform MPs when the issue is permitted to go before Parliament.

The deadline for returning ballots by post has now passed, meaning voters yet to have their say must return their survey in person.

Voters can deliver forms to drop-off centres run by the Australian Bureau of Statistics (ABS), the organisation running the national same-sex marriage survey.

Drop-off centres are open until 4.30pm across Australia, except Melbourne, which is closed for the Melbourne Cup public holiday.

Polls predict that around 60% of the 12 million Australians who have voted have backed the Yes campaign.

The gap between the two campaigns has narrowed in recent weeks, with previous polls putting Yes on as much as 66%.

All public polls conducted since ballots were first issued have shown Yes in the lead, with LGBT activists expected to be victorious when the result is announced on 15 November.

Speaking to Sky News, Tiernan Brady of the Equality Campaign said he believed equality campaigners have “confidently won the argument.

I think the Australian people have seen through it… I think the public have made their mind up.”

However a victory in the national postal ballot might not mean any laws are changed in Australia.

The ballot is only advisory, leaving decisions on whether to change marriage law to Australia’s government.

Prime Minister Malcolm Turnbull supports same-sex marriage, but many in his right-wing government are opposed to the move.