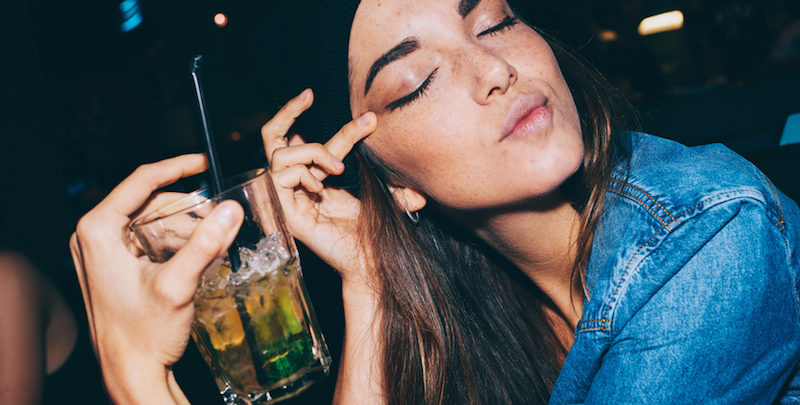 Q: Am I setting myself up for an emotional disaster?

After years of strictly monogamous relationship, my partner passed away. Our relationship had many ups and downs, but we were always in love. After getting tired of being alone, I decided to get back into the dating scene, though not really knowing what I wanted. I’m past the “making a family” stage, so I was torn between just wanting a girlfriend(s) and wanting, once again, that feeling of having a close relationship with one woman.

Eventually, I met a wonderful, free-spirited woman. But her past lifestyle experience is vastly different from mine. She left an abusive husband five years ago and began a polyamorous lifestyle with “friends.” We’ve dated steadily since our first meeting three months ago. In that time, we’ve fallen in love.

I am not judgmental in any way, nor am I ever jealous. At the same time, in a love affair, I do not share my intimacy, so her lifestyle is in contrast to mine. Simply, if she wishes other people to be intimate with her, I cannot be involved with her. I made my feelings clear, and after a few days she committed herself to our monogamous relationship. Since then, the relationship has intensified wonderfully.

I do not want to be controlling or overbearing and demand. I have no doubts about her feelings about me. I am about to bring her deeper into my life (financially and emotionally) but I could not stand for her to fall back into her past lifestyle, even briefly, as I would end the relationship over it. Am I setting myself up for an emotional disaster? Is there some way I can assure myself about our relationship?

I have a few words for you that will most likely not be easy to swallow:

I don’t want to tell you that she’s definitely sleeping with her friends, because that’s not necessarily the case. As she has been monogamous in the past, she can make the change, but it will be hard, and I would recommend that you do anticipate a slip-up. Of course, I hope it never happens – but you will need to know that the temptation may be there.

I have been involved in open relationships before, and they weren’t really my thing. Personally, I could never be romantically involved with someone in a non-exclusive relationship, but I have “shared” before – just making sure to keep my emotions in check. You can feel for someone without allowing yourself to get attached, but it’s definitely a learning process and it won’t come easy.

For your particular situation, the fact that she tells you things ahead of time is reassuring. Inwardly, she is acknowledging that it is a point of temptation for her, and she is also acknowledging that your opinion matters to her. From your description, I would say she is giving this current relationship her full effort.

My advice to you is that you do not move forward with the relationship until you are absolutely confident that she will not regress to her “old ways”. Of course, there’s not really such thing as certainty, especially as it pertains to other people. But if there’s a question in your mind, you’re not ready to take that step yet – and I would venture that she might not be, either.

Sadly, there’s not really any set-in-stone way to be sure. It’s always going to be a risk, on both ends – but the fact that she tells you ahead of time tells me that she wants to know that you’re ok with it. I hope that she is being completely honest with you. If I had to guess based on this limited information, I’d guess that she is.

I completely understand why you are hesitant to discuss this with her, but for the sake of your sanity as well as your relationship, you must. It’s going to be awkward, and it might even be painful. But it’s necessary, especially if you are considering a deeper commitment. If you’re hinting at the type of commitment it sounds like, there’s no reason to ruin the surprise – but you can discuss your feelings and your fears without coming across as controlling.

Here are a few things to keep in mind when you discuss this with her:

The unfortunate downside of this hypothetical conversation is that it’s nearly impossible to tell if she’s being honest through it – the only thing you can guarantee is that you speak honestly. Pay attention to her body language. You said she has given you no reason to doubt her, so keep that in mind. Your intuition may be your best friend or your worst enemy here.

From my outside perspective, I don’t think you have anything to worry about, but I know it can be hard to decipher these things without knowing for sure. She seems like she is doing her best to be honest and upfront with you, and I think that if she were trying to hide something from you, she wouldn’t give you the little details to work around; she’d be making things up completely. Since she tells you when she is with them and usually before it happens, she is laying herself in the open to you. She is trying – just try to be understanding if she’s not perfect at it.