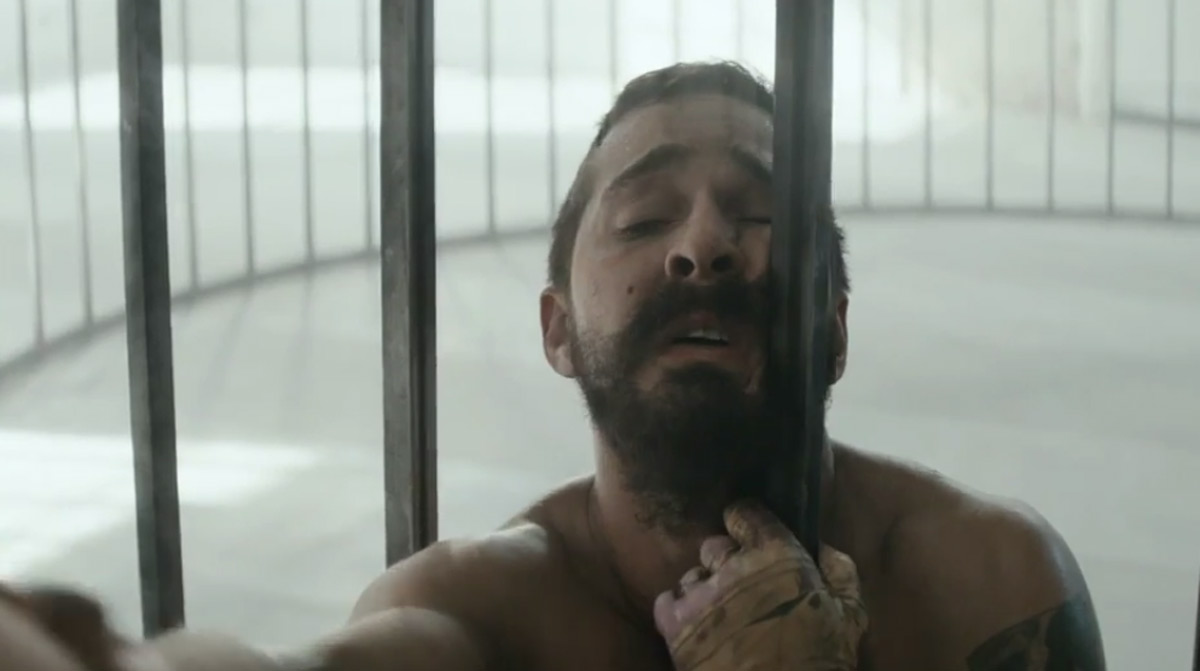 Cage fighting interpretive dancing between Shia LaBeouf and Maddie Ziegler – need we say more. Well, apart from the fact the lyrics and vocals are amazing as always from camera-shy singer Sia.

In her latest video, Sia enlisted Shia LaBeouf and ‘Dance Moms’ star Maddie Ziegler to perform in ‘Elastic Heart’. The singer directed this five-minute film with Daniel Askill, who also helmed her ‘Chandelier’ and ‘Breathe Me’ videos.

In the video, Shia is smeared with dirt and wears nude-coloured boxers, while standing opposite the 12-year-old reality star Maddie Ziegler in what would seem to be a giant birdcage. The duo then working through some interpretive dance routines until Maddie breaks free.

Maddie also starred in Sia’s clip for ‘Chandelier’, so ‘Elastic Heart’ is a sequel, of sorts.