Should You Come Out At Work? 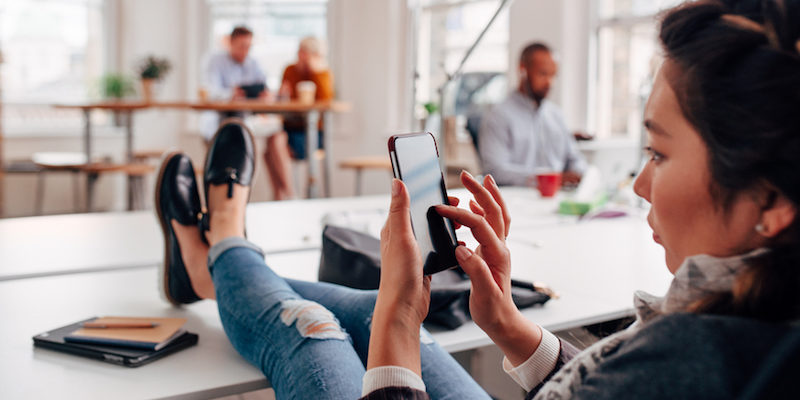 Even if your family, friends and rabbi are completely okay with your sexuality, your boss might not be as forgiving. And it’s not always easy to leave the job of your dreams.

The Human Rights Campaign found that 62% of openly LGBT college graduates hurried right back into the closest after accepting their first job.

And for good reason. Anglia Ruskin University did a study that, depressingly, found that lesbians are 5% less likely to get offered a job interview than straight women with the same skills. If you could increase your job prospects by 5% by hiding your crush on Samira Wiley, why wouldn’t you?

Bisexual women don’t get off the hook any easier. A recent study showed that bisexual women earn less than their straight counterparts. How much less? From 7% to 28%. Yes, coming out as bisexual could automatically cut your paycheck by more than a quarter because bisexual people are considered “dishonest.”

In the U.S., 28 states still allow employers to fire employees for being gay. Yes, that’s more than half, and with Trump on the throne that number is likely to rise. Ten percent of lesbian, gay and bi workers have been fired from their jobs in last five years. Read more about those studies here.

So should you come out?

Coming out is a personal choice. There’s no right time or wrong time, and even the safest of situations could turn dangerous at any moment. But repressing yourself is arguably just as dangerous to your mental health. So should you come out?

Ask yourself a few questions first:

Have your colleagues or your employer expressed homophobic or transphobic sentiments out loud?

Do you think your work environment would turn hostile if you came out?

Is this job your only possible source of financial security?

If you don’t have a backup plan, then think about setting something up, whether that’s lining up another job, planning to live on your partner’s income or moving back in with your parents. Have a plan B in case of the worst.

But the most important question of all is this:

Do you want to come out?

Don’t feel pressured to come out in the name of LGBT rights, or because you feel like you have a responsibility to be yourself. Your responsibility is to prioritize your mental health. And if you don’t want to come out, then don’t.

If you do, then check out the Human Rights Campaign’s resources on coming out while at work.

1 thought on “Should You Come Out At Work?”