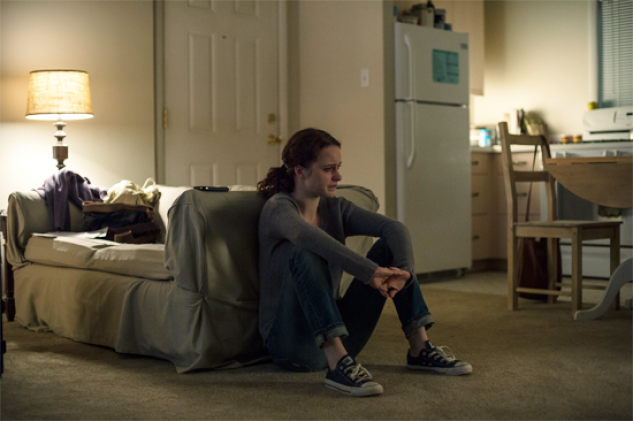 I am a sucker for “what might have been”. There are so many almost-relationships in my past it’s not even funny anymore. I’m a hesitant romantic – so even though I don’t fall in love easily, I am definitely prone to infatuation without any results.

I’m not just talking about crushes… Everyone has their fantasy woman and all that, but that’s never been my style. I like to dedicate all my attention to one person – but it doesn’t always spell love (or even a relationship).

See, part of the problem is that I romanticize the idea of being friends first and lovers second. Naturally, this means that I will draw close to a friend I’m attracted to before I’m ready to commit to the idea of a relationship. Most of the time, I don’t even care about the relationship itself – I like the simplicity of that period just before things get serious.

And I think this is a pretty good practice.

After all, not everyone is meant to be together, even if there’s a desire. Sometimes we just have things to prove to ourselves. (I’m pretty bad about that, too.) Or maybe you want to get to know the person better first – which is never a bad idea. There are a million different reasons why it couldn’t work out and sometimes it’s easier to get those things out of the way beforehand.

But how do you know it’s not going anywhere? Here are a few signs your romance is starting to backslide.

Whether you don’t really have a desire to talk to her or she can’t be bothered to talk to you, if the relationship was going to progress there needs to be some communication. You’re probably not going to be texting each other constantly like when you first started talking – but it shouldn’t be one-sided.

If this is the only sign that she’s not into you, it doesn’t necessarily mean anything. After all, sometimes we get busy – and someone who’s not quite your girlfriend isn’t going to be on the same priority level as, say, a family emergency or overtime at work.

2.    Your communication is short.

If she’s not texting you, or she’s keeping her replies at one or two words, she might not be interested. When you’re pursuing someone, the conversation comes easily – it’s not forced, because you have a million things you don’t know about each other. But when the interest starts to wane, one and two word replies give just enough information to not be rude, without having to put any thought into it.

Just like with #1, it’s possible she’s just busy – so don’t go out to pick up a pint just because you get a few messages that seem short. Life gets crazy every now and then, and some people really don’t like texting in the first place. Try to talk to her about it to see where you stand.

3.    Your only communication is through “likes” on social media.

If she doesn’t text you, doesn’t call you, and can’t be bothered to come see you – but occasionally likes your photos and status updates – she’s probably not that interested. The time on social media pretty much confirms that you’re not a priority for her time. After all, she’s busy enough that she can’t shoot you a quick text, but she’s got enough time to scroll threw her news feed every ten minutes.

The tricky part about this is the manipulation being done between the like-giver and the like-receiver. Seeing her name in your notifications gives the impression that she’s still pretty into you (especially with the word “like” thrown in there – I mean, it’s practically spelled out). But the truth is, while it may be unintentional, it’s more about making sure she stays on your mind than it is about letting you know that you’re on hers.

Stuff comes up sometimes and people get busy – we’ve talked about this already. But in any situation where you care about the other person, you’ll at least make an effort to warn beforehand. If you’re just getting stood up, there’s not much interest there. Even if she does let you know she won’t be there, if it’s happening all the time, most likely she’s not trying very hard to make time for you.

I’m not condoning the act of playing hard to get. It’s childish and quite frankly it leaves everyone frustrated. I’m also not saying there’s anything wrong with having sex on the first date – hey, sometimes those urges take over and you basically can’t help yourself. But if you did give it up right away, there is a chance that’s all she was trying for – and she already got it. Why should she keep trying?

Just like everything else on this list, it’s not automatically a deal breaker, but it can help to figure out where things went wrong. Not everyone will be after one thing and one thing only. But it’s naïve to think that nobody is like that. There are definitely players and users out there, and if everything fizzled after you hooked up you might have found one.

It’s also important to realize that sex isn’t the only thing you can give up too easily – even though it’s usually the first thing that comes to mind. Maybe you gave up your life story too easily and there’s no mystery left. Maybe you gave up some cash or gifts and that’s all she was after. We don’t like to think about it, but there is always a potential for someone to take advantage of a kind-hearted person. Don’t let yourself be the one who gets played.