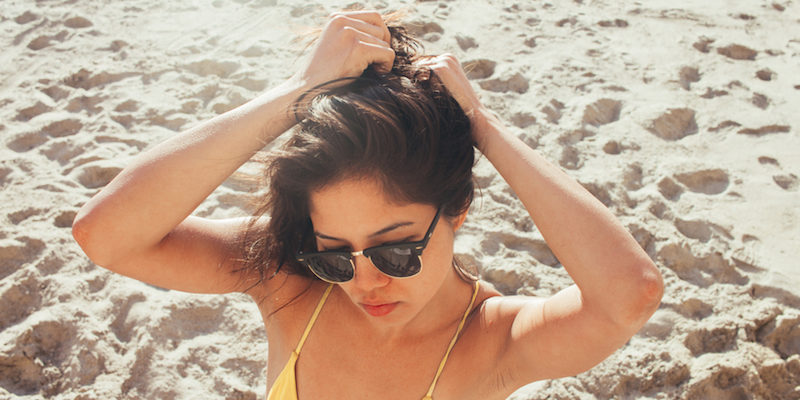 Whether you want to admit it or not, dating is definitely a game. There is a calculated way that you can win every time – which basically boils down to DGAF – and there are definitely ways you can lose. In fact, if you’re dating a woman who’s better at playing the game than you are, you’re going to lose. Hands down.

Of course, since it is (basically) a game, that means you can get better at it – by taking cues from the woman who’s won ‘em all. Take a look at this list and see how many apply to you and/or your woman-of-interest. According to the list, who’s winning?

There are definitely some points of overlap between confidence and self-esteem, but there are a few differences, too. Someone can be confident and not have much self-esteem – they know what they have to offer, but they don’t know what they deserve. The woman with a solid self-esteem knows that no relationship is worth letting go of her own wants and needs, and she won’t put up with someone who doesn’t treat her as good as she’d treat herself.

She doesn’t do the chasing – she’s the one being caught, but only because she let you catch her. She’ll mirror your effort, but not add anything extra to it. After all, why should she have to prove that you should want her? She doesn’t need this relationship – but she’s open to the idea of letting it happen.

The woman with game isn’t going to let you know everything about herself. She probably even keeps things secret from herself, just so she knows she won’t let it all out. She’s got walls galore, and she’s not going to take them down for just anyone – you’re going to have to prove you deserve it first.

You’re not going to know exactly how she feels about you – which is very deliberate on her part. She’ll answer you honestly if you ask, but you’ve got to be brave enough to actually ask her. If you don’t ask, she’s not going to offer it up. That would be vulnerable, and she’s not about to let herself be vulnerable.

Just because she has game doesn’t mean she’s rude. In fact, she’ll be nice to just about everyone. She’s not using you or making you feel underappreciated – she genuinely wants to see you happy, too. But she’s not going to let you think you have any control over her happiness – because you don’t.

She doesn’t have to try to be sexy – she just is. She knows it, but she doesn’t force it. Her confidence and self-esteem means that she’ll look just as sexy in a baggy sweatshirt and a messy bun as she does in 6-inch heels, or just as good in basketball shorts and a white tee as she does in a suit. It doesn’t matter what she looks like – she feels sexy, so she is sexy.

The woman with game has pretty sturdy boundaries protecting her heart, and she’s not going to break them down just because you ask her to. These boundaries are built from learning how the game is played – and she will use them to her advantage whenever possible. She knows how to say no, and she understands when someone else says no. It doesn’t take away her power to let you win – because she knows she’s letting you win.

If you stop talking to her, that’s the end of that – she won’t beg you to come back into her life if you don’t want to be there. She won’t waste her time on someone who won’t put forth the effort. If you break up with her, you’ll never get that “I miss you” text. She won’t try to win you back. Closure is implied with her. That doesn’t mean she won’t be upset about it – but she will make damn sure you never see her in a position of vulnerability again, trust!