Does Being Single Beat Being Married? 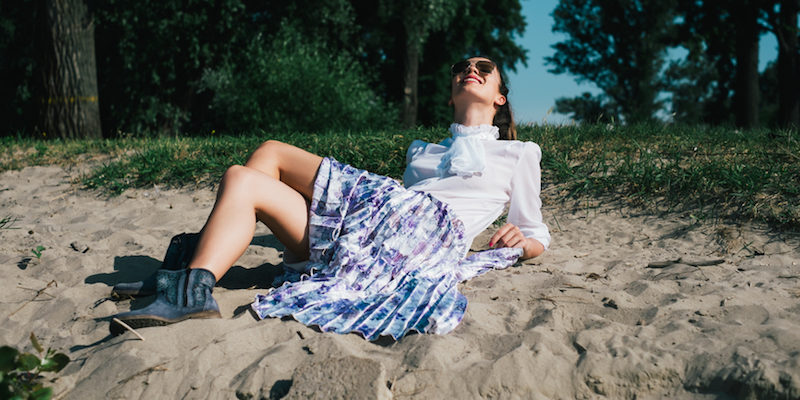 Browsing the internet, I couldn’t have been more surprised when I read the headline “Being single beats being married.”

I immediately thought “Me, a 21 year-old gay woman, who has never even been in  relationship is going to write about the joys of being single…oh the irony!”

But as I am reading the article (you can find it here), I found myself actually second guessing serious relationships for the first time ever!

So come along and follow me as I share some of  my thoughts as I learn more about the undiscovered bliss of “singledom”.

Being single allows people to “live their best, most authentic and most meaningful life”

Well, that’s a promising start, right? According to the researcher Professor DePaulo, those who are single usually have a higher sense of personal growth and development. Well, as a long-time bachelorette, I fully agree with the statement! (Already changing my tune about being single this early into the article has to be a sign).

Also mentioned, is the fact that single people are more self-sufficient! Well, I can’t argue with that either, although I guess it really varies and there are definitely a lot to take into account when talking about self-sufficiency that isn’t necessarily related to one’s relationship status.

But how about the loneliness of single life?!

I know, I know, I sound slightly crazy, and it turns out I have been completely wrong! According to DePaulo, “Single people are more connected to parents, siblings, friends, neighbours, and coworkers than married people are, and when people marry, they become more insular.” Looking back, it does make sense to be more alienated from friends and family while married…I mean, we have all seen The L Word episode where Bette and Tina need an intervention!

“Scholars are learning more about the risks of putting too much relationship capital into The One.”

Another highly focused point is the negative effects of putting all expectations in a single person and consequently, in a single relationship. It has also been under study the psychological risks and benefits of marriage and long-term dating. According to this study, single people appear to be not only happier but also more satisfied with their life when compared to married people. So why are we still getting married? “Relentless celebration of marriage and coupling and weddings that I call matrimania” is the answer given by Professor DePaulo.

Although there’s still a lot to discover in this hot-topic, it’s undeniable that the results should bring on some conflict and critique since we still live in a society where, sometimes, marriage is seen as the ultimate goal; The “happy ending” we should all aspire to, regardless of how professionally successful we may be. When I first came across the article, I was sure I was going to disagree with everything said, especially being a hopeless romantic. But what if DePaulo is right? What if we are simply “better

However, I can confidently say that I can’t wait to be in a serious relationship! I really can’t! But when taking a deeper look into this study, it’s undeniably scary to even think about that! What about you, what do you think about marriage? I can’t wait to see everyone’s take on this subject, so comment away!

PrevPreviousCould It Be Easier For Women To Be In Lesbian Relationships?
NextYour Monthly Lesbian Horoscope | October 2016Next