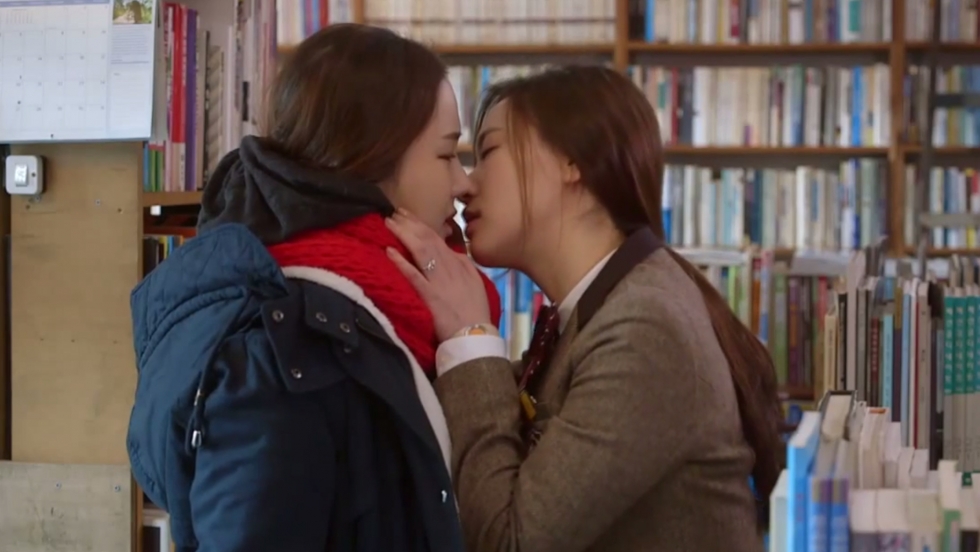 The scene aired last week, but since then it has drawn criticism from in the conservative Asian country.

South Korean’s conservative roots are quickly shifting to include more civil liberties, however, the Korea Communications Standards Commission received complaints after the show aired on TV – and the broadcast regulator has now pledged to investigate whether the moment violated regulations.

“We will decide whether this is an issue after we look into it, and whether there is any violation of broadcast policy.”

The creators of the show have defended the kiss as “necessary to the plot”. And in recent years, the country’s TV drama industry has tried to include more culturally-sensitive social issues, including gay characters and teenage pregnancy.

There was also a kissing scene earlier this month between two men in the drama, Kill Me, Heal Me.

Same-sex relationships are legal in South Korea, but same-sex unions aren’t recognised in the country. Few public figures are openly gay. Last September, two men were South Korea’s first same-sex couple to get married. Through a legal challenge, the couple, Kim Jho Kwang-Soo and Kim Seung-Hwan, hopes to make their country a leader of marriage equality in Asia.

Attitudes about same-sex conduct have changed South Korea in recent years, according to the Pew Research Center. South Korean views have shifted considerably since 2007, when 77% of respondents polled said same-sex conduct should be rejected and only 18% approved of it. But two years ago, 39% of residents said they accepted gay individuals.