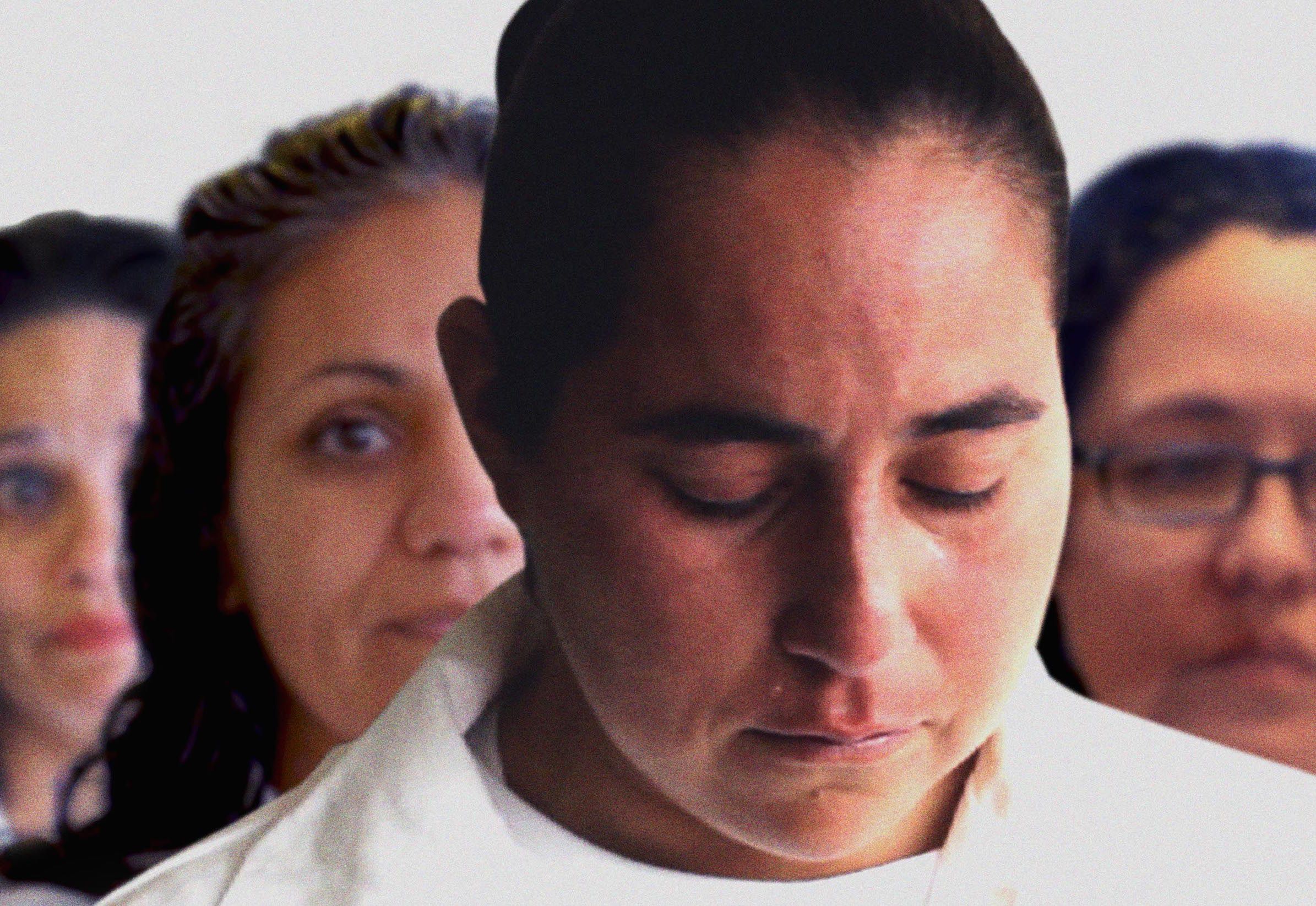 Southwest of Salem, a new documentary feature released at the end of this month, follows the awful miscarriage of justice suffered by four lesbians over the last 24 years. The film, by Deborah S. Esquenazi, who became interested in the case and is convinced of the women’s innocence, follows the four women during their trials, their conviction, their parole, and their ongoing fight for exoneration.

Elizabeth Ramirez, Kristie Mayhugh, Anna Vasquez and Cassandra Rivera, all of whom were 19 and 20 years old at the time and lived in Texas, were accused of gang raping Elizabeth’s nieces, then aged 7 and 9.

What transpired next was basically nothing short of a witch-hunt. The case became widely known as ‘The San Antonio four’ and the state of Texas offered the four women a chance to be put on probation for 10 years and avoid prison. The young women, convinced justice would prevail as they were innocent, refused to admit guilt to anything and the case went to trial.

Justice failed them entirely and in 1998 the four women were convicted of aggravated sexual assault and indecency with a child.  Elizabeth was sentenced to 37.5 years in prison and her friends got 15 years each.

During the late 90’s the United States was emerging from a bizarre period of mass hysteria in which many day care workers, nannies and babysitters all over the country were being accused of performing satanic ritual abuse on the children they cared for. The paediatrician who examined the girls, Nancy Kellogg, whose testimony sealed the women’s fate, said she found healed scarring in their vaginas, which she examined two months after the alleged attacks happened, and said it possibly indicated molestation. She also said that there appeared to be “signs of satanic-related sexual abuse.”

According to journalist Michelle Mondo, who wrote an article about the case in 2010, Kellogg said she based her notes on her “research and experience in this area,” and published studies she could not name.

The four women were never directly accused of ritual abuse, but because of Dr. Kellogg’s testimony, the prosecutors depicted the working-class Latinas as living sordid lives of debauchery. The filmmakers and the women conclude they were accused and convicted of sexual child abuse, and suspected of being in a satanic cult for one simple reason: They were lesbians. The film portrays the deeply ingrained cultural and systemic prejudices that resulted in the convictions of these Mexican-American women. They were from Texas, a very conservative state, and didn’t have the resources to use expensive attorneys. They were simply vulnerable to racial and homophobic prejudice by the authorities and could do little to protect themselves against it.

It also emerged in court that Elizabeth’s brother in law, Javier Limon, had a crush on Elizabeth and often made sexual advances to her. It is believed that because she rejected his advances and the fact Elizabeth was a lesbian, he encouraged his children to make these allegations against the women in an act of sick revenge. Even though the love letters he sent Elizabeth were mentioned in court and witnesses came forwards stating that Limon had been crushing on Elizabeth since she was a teenager, Limon denied everything and the courts believed him, not Elizabeth.

During the time of the allegations, and a fact not known to the public or the court, Anna and Cassie were partners, and they were raising Cassie’s two young children together. They used to spend time at Elizabeth’s house because they had been kicked out of their own homes by their mothers upon learning that they were lesbians.

It was this deep cultural prejudice and intolerance that allowed people to think the worst of them. In 2010, 15 years into the women’s nightmare, Stephanie Limon, one of the girls that accused the women, by then a young mother of 25, recanted her testimony in front of Director Esquenazi’s cameras and two lawyers from The Innocence Project of Texas.  This led to Anna getting parole in 2012. She was desperate to help her friends get out of prison as well and eventually helped them to get released on bond in 2013.

The women have never been exonerated and are still fighting for their exoneration to this day. Mike Ware, lawyer for the Texas Innocence Project, who has helped the women file their appeal, anticipates that the San Antonio Four will be vindicated and all the charges dismissed.

Still, he worries that there are two other possible outcomes: the court may find there is not enough evidence for actual innocence, and order a new trial, or they will be denied and have to return to prison to serve the remainder of their sentences. No charges have been filed against Limon despite the fact one of his daughters admitted she had lied.

The film will hit the wider screens later in the year.