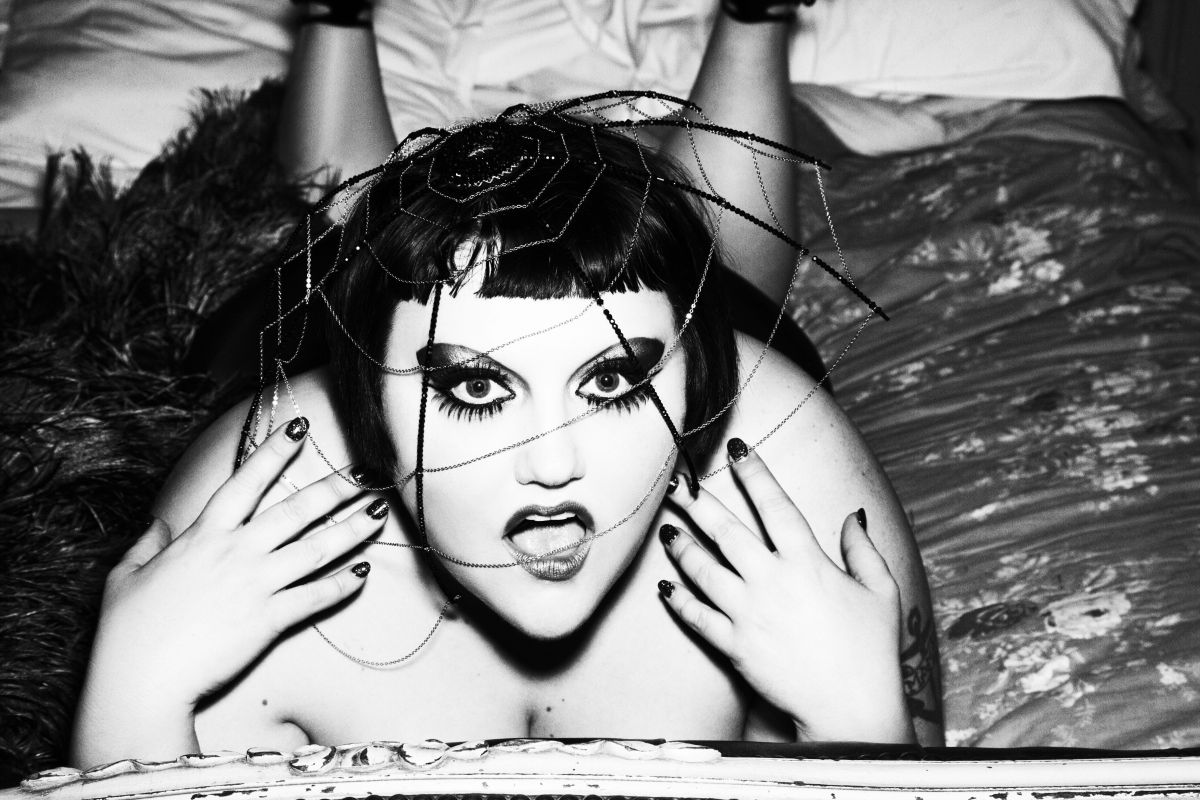 If our generation could only boast of one truly badass body positive punk babe, her name should be Beth Ditto.

Ditto, the curvy lead singer of the indie rock band Gossip, is known as much for her disorderly conduct as for her open support of gay rights. Read Ditto’s story below!

Gossip was formed in 1999 by three musicians from Arkansas, Beth Ditto being one of them. The band quickly gained a loyal fanbase. In 2007 Gossip signed a big contract with Sony’s LGBTQ music subsidiary Music With a Twist and quickly reached mainstream popularity both sides of the Atlantic.

Lately Gossip’s music has evolved from their early indie garage sound to more of a synth pop or even dance pop style. Most music critics have accepted the new style, but some early fans feel left out.

This, however, does nothing to diminish Beth Ditto’s unique charm. Read on.

Ditto is not your traditional fashion model. She’s big and beautiful and punk. She claims not to wear deodorant or shave her armpits because that’s just how punks roll. Ditto happily shares dirty details like this in the hope that all women would realize they can define their own sense of beauty and be happy with their body as it is.

To underline her body positive message Ditto showed off her naked curves on the cover of the first issue of Love, an edgy British fashion magazine. She also used to run her own advice column in Guardian, dealing with body identity issues.

True to her rebellious image Ditto was detained in 2013 by Portland police for second degree disorderly conduct after blocking the street and throwing items, while cheerfully screaming ”Obama, Obama!”

In 2013 Ditto got married on Maui, Hawaii, to her former assistant and long-time girlfriend Kristin Ogata. Ditto wore a beautiful white dress by Jean Paul Gaultier and her fiancee had a white jacket. Both were decorated with white flowers. A classic dream wedding.

Both before and after the ceremony, Ditto has kept herself in the open. She does not shy away from the publicity. Through her music, through her writing and through her sheer presence Ditto is trying to give young girls a role model, an example – something she says she never had as a kid:

”Because I didn’t have any queer, lesbian, female role models I hated my own femininity and had to look deep within myself to create an identity that worked for me.”

Luckily, today so many gay women are out of the closet that every teenager can see with their own eyes the wide variety of female identities. This should make Beth Ditto happy.

Beth Ditto and The Gossip on LGBT Youth