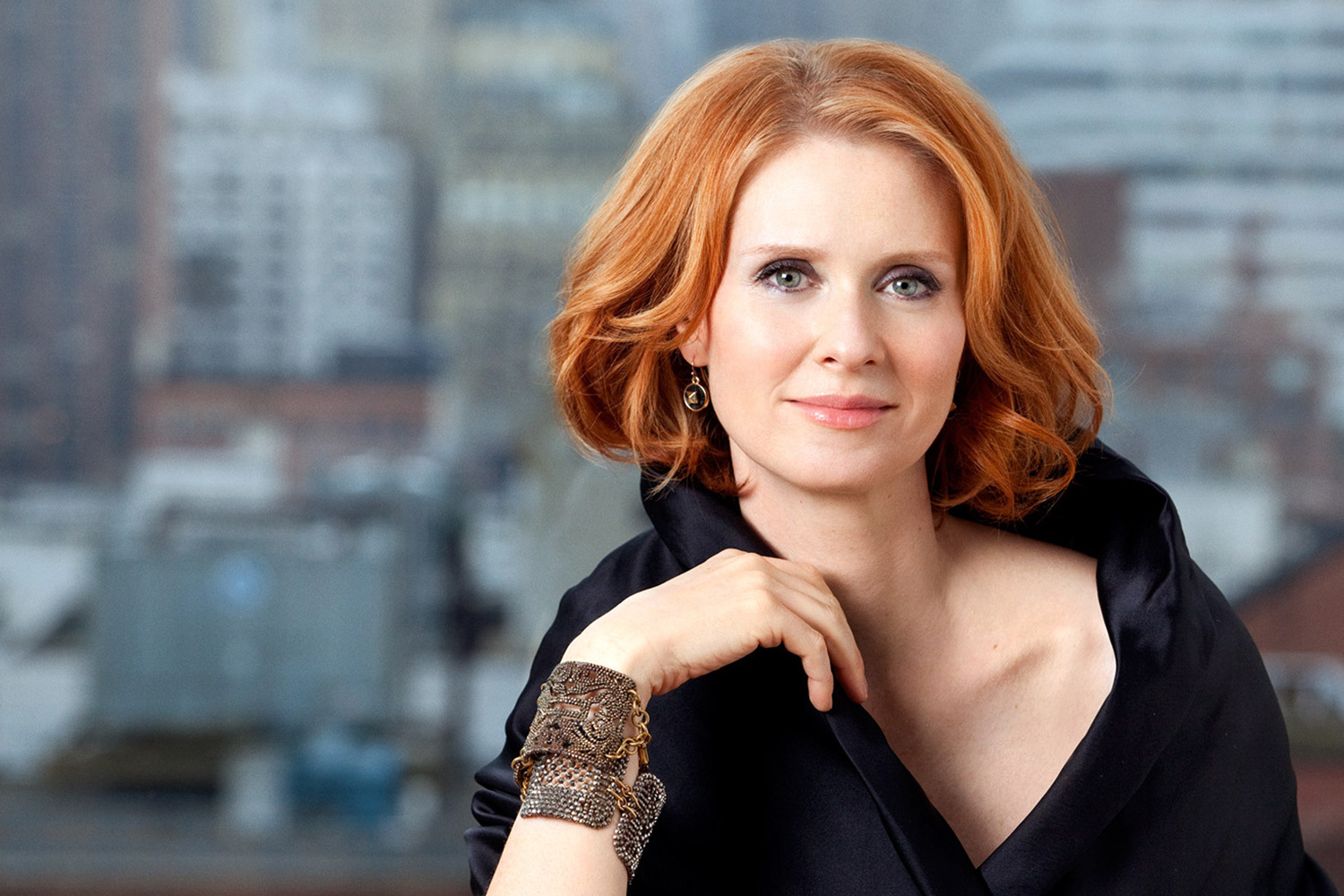 Sex and the City, and currently you can spot the actress in the NBC hit series Hannibal.

In 2012 the radiant mother-of-two came out publicly, married her long-term companion Christine Marinoni and fully embraced her new real life role as an LGBTQ rights activist.

Nixon’s portrayal of lawyer Miranda has empowered a generation of young career-oriented women, and that alone would be a reason for us to admire her, but now with her activist persona unfolding the KitschMix crew simply cannot help but fall in love with her. Unfortunately, many gay rights activists do not share our enthusiasm for Nixon’s work.

And why is that? Let me explain.

This is why we love Cynthia Nixon

After getting married, Nixon has been publicly outspoken about her sexual orientation (= lesbian or bisexual) and her views on marriage (= gender equal). She has campaigned for equality time after time and shown her support for various liberal political candidates.

Also, did you know that Nixon is a breast cancer survivor and a cancer activist, raising public consciousness on the sickness? Well, she is.

Still, this is why we (kind of) hate her

Our biggest problem with Nixon is that in 2012 she told New York Times interviewer that being gay is a choice. Or at least that for her it is. Ouch.

Nixon’s statement is the exact opposite of what gay activists around the world have been desperately trying to say for the past century or two. So, it’s understandable that a lot of activists freaked out after the interview.

We at KitschMix understand Nixon. She is bisexual and she does admit that being bi is not a choice for her. What she meant was that she’s chosen to limit herself to women – or rather, one woman – so she is de facto homosexual.

But we still kind of hate her. She could have become the patron saint of bisexual women everywhere, but instead she opted not to identify as one simply because ”nobody likes bisexuals”. Very smooth, Cynthia.

Here at KitschMix we think that no matter your sexuality – pansexual, bisexual, homosexual, born this way or making a lifestyle choice – in the end the world is a mix which we should all aim to appreciate.