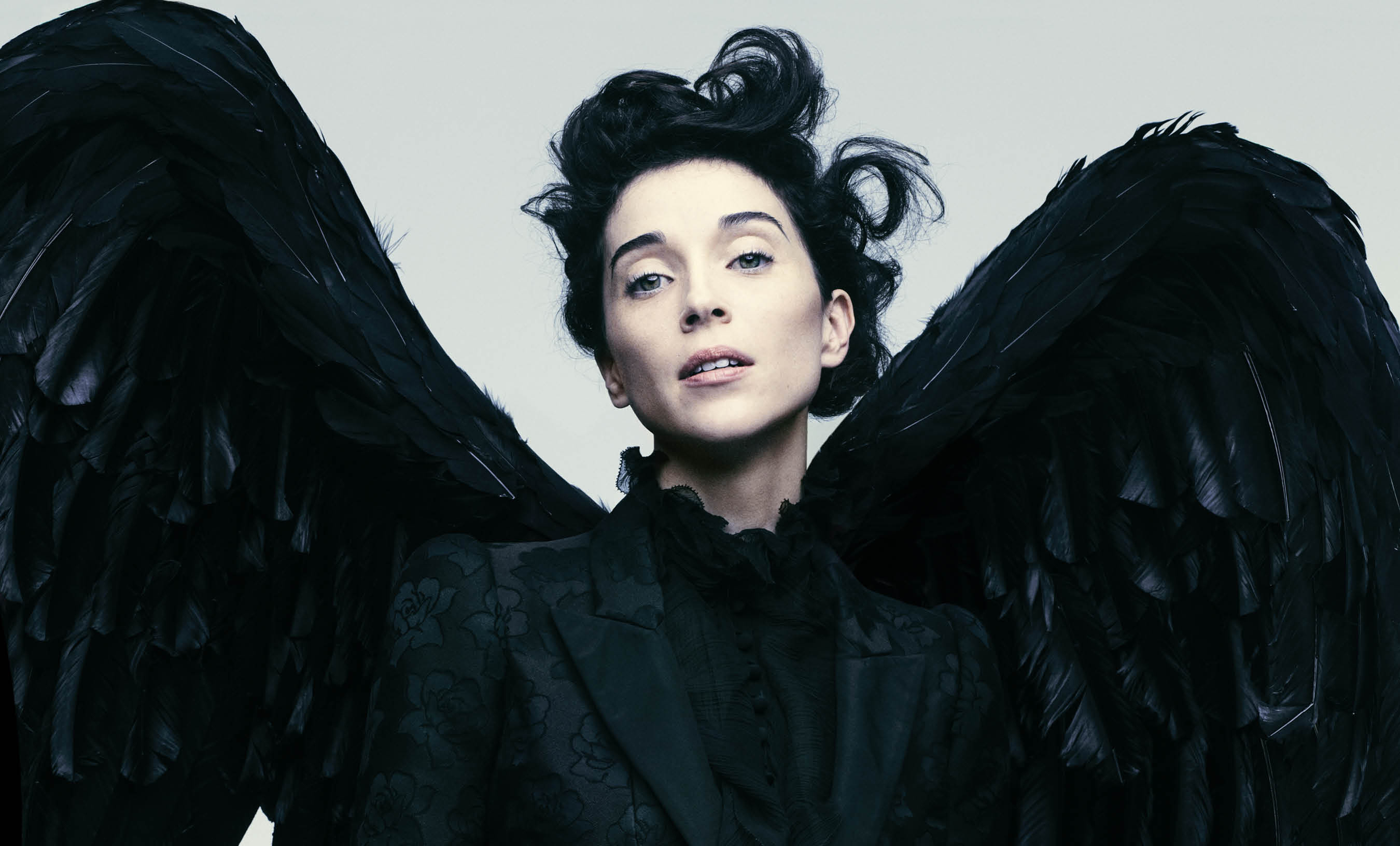 Harper’s Bazaar is looking to highlight this year’s ‘boldest, bravest, most fearless females out there’.

Not only did they find them, but they gathered them in one place: the annual Daring issue.

Shot by Ben Hasset, wearing a jacket, shirt, and pants by Alexander McQueen, St. Vincent discussed her relationship with Cara Delevingne putting her more into the public eye:

There’s been a little bit of enigma peeled back as of late.  But I have a rich life that has nothing to do with the flim-flam.”

I know there’s a through-the-looking-glass version of myself, and I don’t feel particularly attached to that version, especially as it pertains to the public eye – it’s kind of removed from my actual life. The long and short of it is that what people think of me is none of my business.”