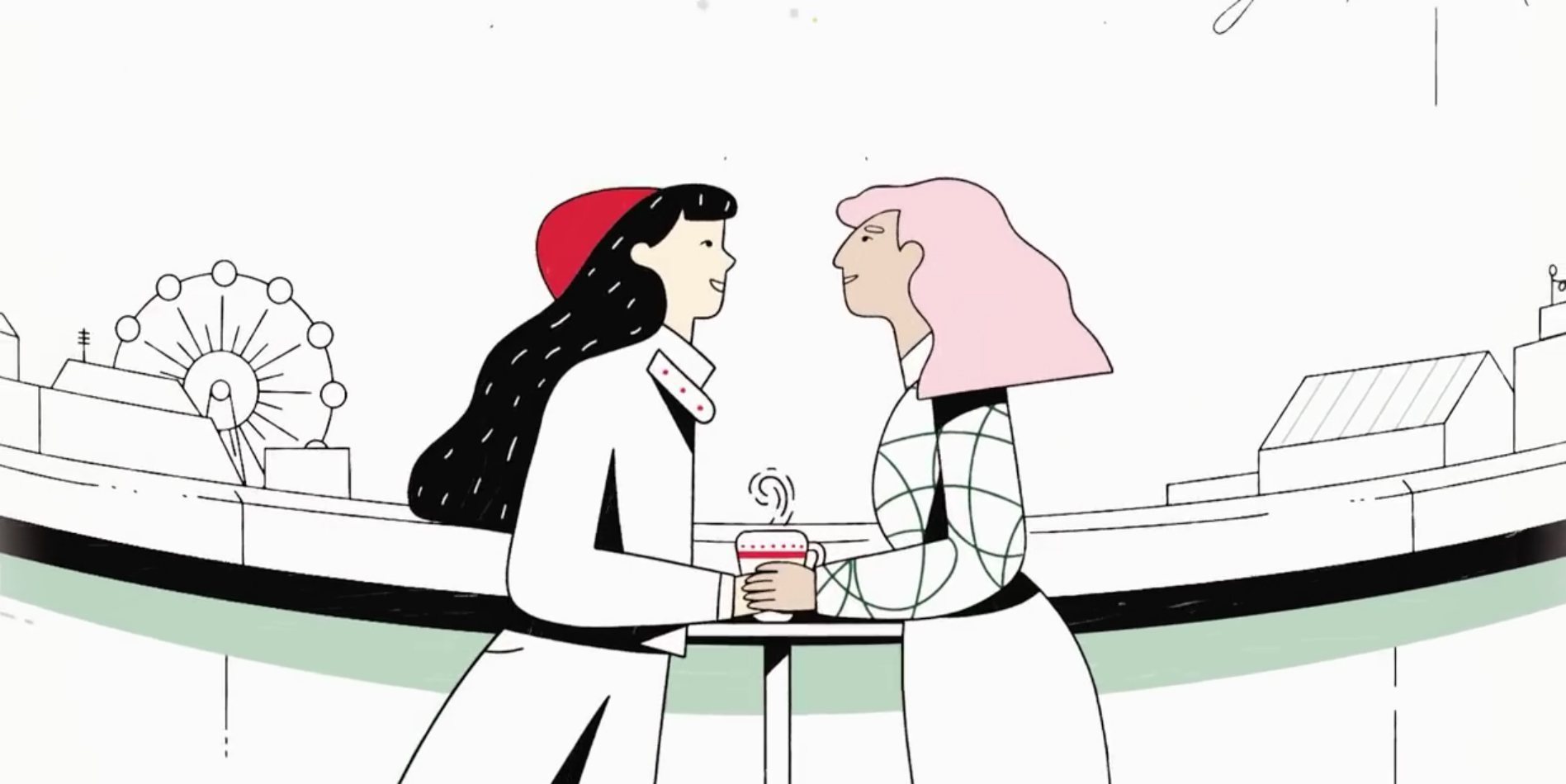 It ain’t Christmas until Starbucks drops its festive cups.

And this year, they’ve launched an inclusive campaign to run alongside their drinking vessels.

While we’re used to seeing gender/race/sexual diversity in adverts these days, Starbucks has done something slightly different and given lesbians centre stage. ‘The cup is just the beginning,’ their ad begins, before cutting to various scenes of families – including a same-sex couple.

We see a heterosexual couple skiing, a dad lifting his child to put the star on their tree, and at the end of the 30-second “Give Good” clip, an animated interracial lesbian couple looks up at the sky together and draws closer over a steaming coffee mug.

They then hold hands and lean in, as if they’re about to kiss.

“The holidays mean something different to everyone,” the commercial begins, before featuring illustrations of people of many colors, ages, sizes, and sexualities.

Sadly, right-wing Twitter users, are already upset over the lesbian couple. Far-right posters have long-criticized the coffee chain for its secular take on the holiday season, blaming Starbucks for the “war on Christmas” supposedly happening across the U.S.

They’ve also faced boycotts by the Malaysian and Indonesian governments over their support of gay rights. In fact, Starbucks’ CEO Howard Schultz has said in the past that he doesn’t want opponents of same-sex marriage buying their coffee or becoming stockholders.

They also have a large Pride Alliance Partner Network group, which is one of the largest resources for LGBT employees in the USA.