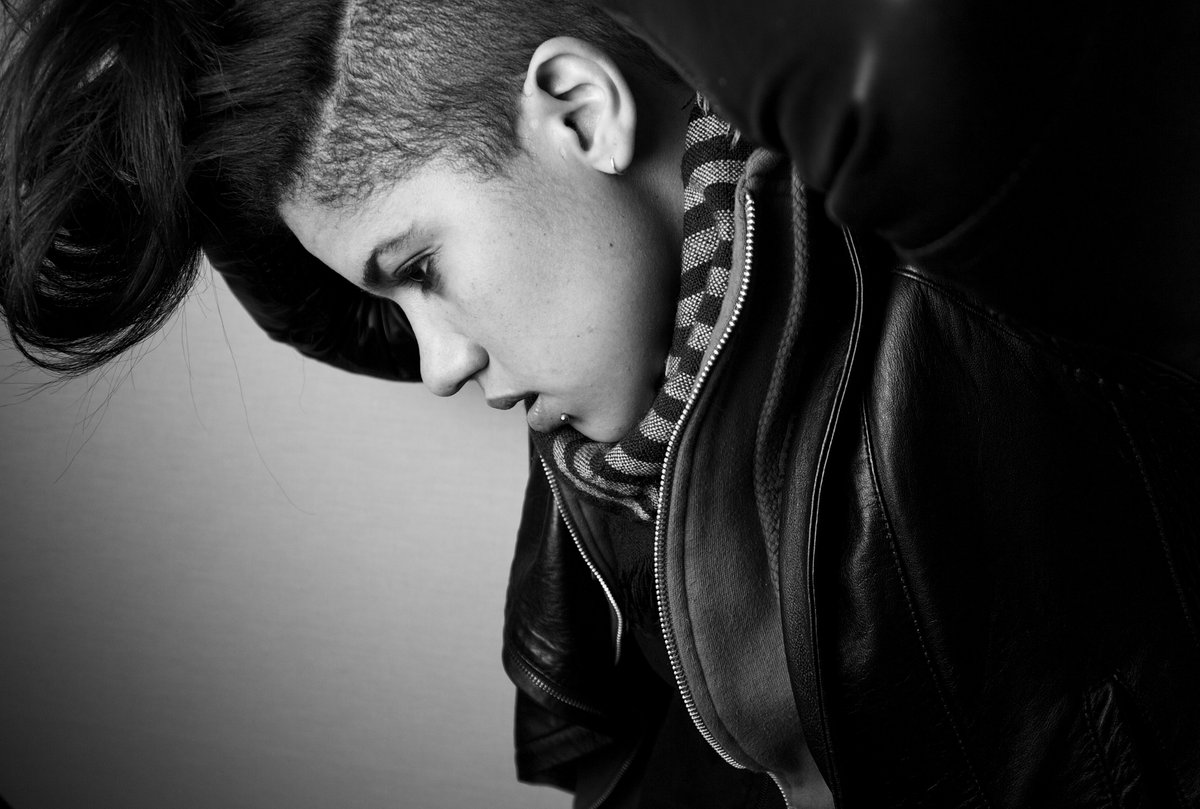 Once you’ve heard a Be Steadwell song, all other music will sound empty.

This young queer artist specializes in a blend she calls jazz-acapella-folk pop&soul. What does that mean? Her songs are dense with atmospheric acapella layerings that transport you between worlds. Listening to her music is a full body experience.

Be Steadwell makes music about everything from heartbreak to fear, from Netflix to strip clubs. She gained traction in 2013 with the release of her Queer Pop Mixtape, which introduced her sound to the world. In order to create her unique sonic experience, she layers vocals and beatboxing with a loop-pedal and then sings on top of it. It sounds like she’s backed by an entire band even when she’s the only one on stage. The effect is both haunting and captivating.

Her most recent album, Jaded, touches on the drawbacks of technology. “We get in bed with the device/We fall asleep by the screen light/Netflix is fucking up my sex life,” she sings. Still, she owes much of her success to technology, from the vocal layering that allows her to create a unique sound to YouTube, where she’s found most of her followers.

When she’s not making music, she’s making award-winning films. Her most recent film, Vow of Silence, follows a queer musician:

VOW OF SILENCE – A heartbroken composer takes a vow of silence to win back the heart of her true love.  In her struggle to reconnect with her ex, she meets an outgoing musician.  Utilizing music, magic and silence, Jade finds her voice in the place she least expects it.”

Her next project is a script that explores a small southern town where African slaves drowned and then formed a new community underwater. There’s no word on when this supernatural project will be released, but if it’s anything like her other works, it’s going to leave a chill down your spine. You’ll still be thinking about it years after you watch it.