This Streetwear Brand Helps Queer And Trans People In Prison 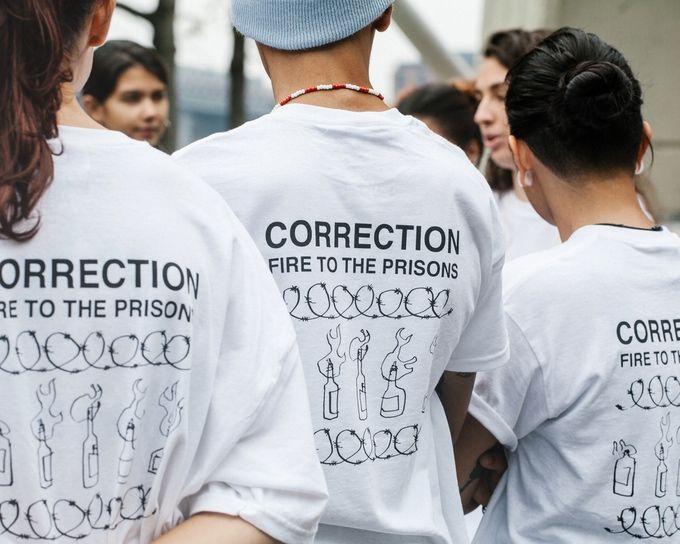 In October of 2016, she and her feminist collective Brujas launched a streetwear line that rages against the prison-industrial system.

The black and white collection is emblazoned with slogans such as “Correction: Fire to the Prisons” and “Prisons are obsolete – Give em hell – Negotiations from the door of a cell.”

Designs include a line drawing of a prison on fire and a stenciled “1971,” in reference to the 1971 Attica Prison Uprising.

Brujas, which is a “staunchly anti-capitalist counter-cultural group,” made a strange choice by fighting capitalism with more capitalism.

If they are fighting for the freedom of incarcerated black and brown bodies, why not protest? write letters to politicians? organize strikes? Why create clothing that arguably capitalizes on incarceration? 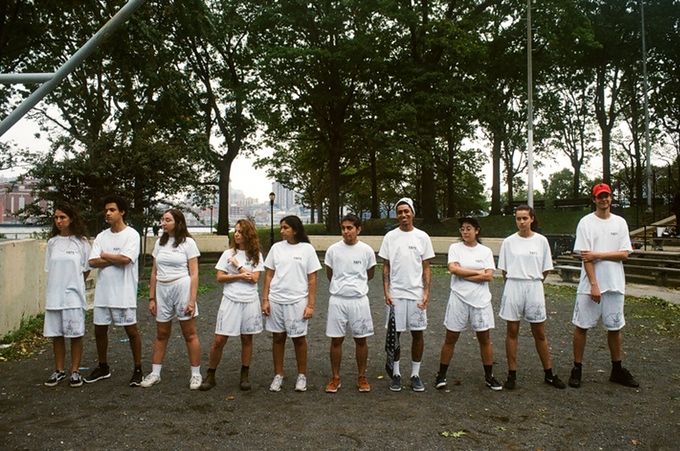 Gil has the answer. She describes herself as a scammer and a hustler – a Robin Hood of sorts. She says,

There is no ethical consumption under capitalism, so Brujas might as well use its relative amount of power to subversive ends.”

All profits from the collection go directly to queer and transgender people of color incarcerated in New York state. Brujas, operating under the organization Freedom2Live, sends money for inmates’ commissaries, financially assists inmates’ family members, and gives people money when they’re released. These are all things that many nonprofit organizations hesitate to do because of strict regulations and oversight. Brujas returns autonomy to the incarcerated.

So who are the Brujas? Isabelle Natasia, a “co-conspirator,” says, “Mad Brujas are queer and nonbinary. That’s the untold story. We’re all freaks and we’re really pro-deviance.” Officially, they define themselves as “radical cohort made up of community organizers, skaters, musicians, healers, and hustlers.” They run headfirst into political issues and they fight hard for justice. 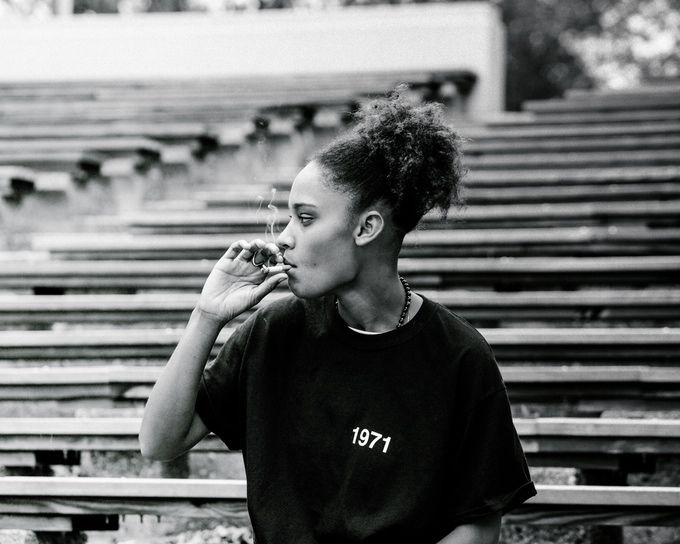 What’s next for the collective? They plan to keep working on and expanding the collection while keeping an eye out for copycats. Major corporations have stolen the Brujas’ designs in the past without giving credit or donating to affiliated nonprofits. Gil says, “With 1971, I’m waiting to see all the knockoffs.”