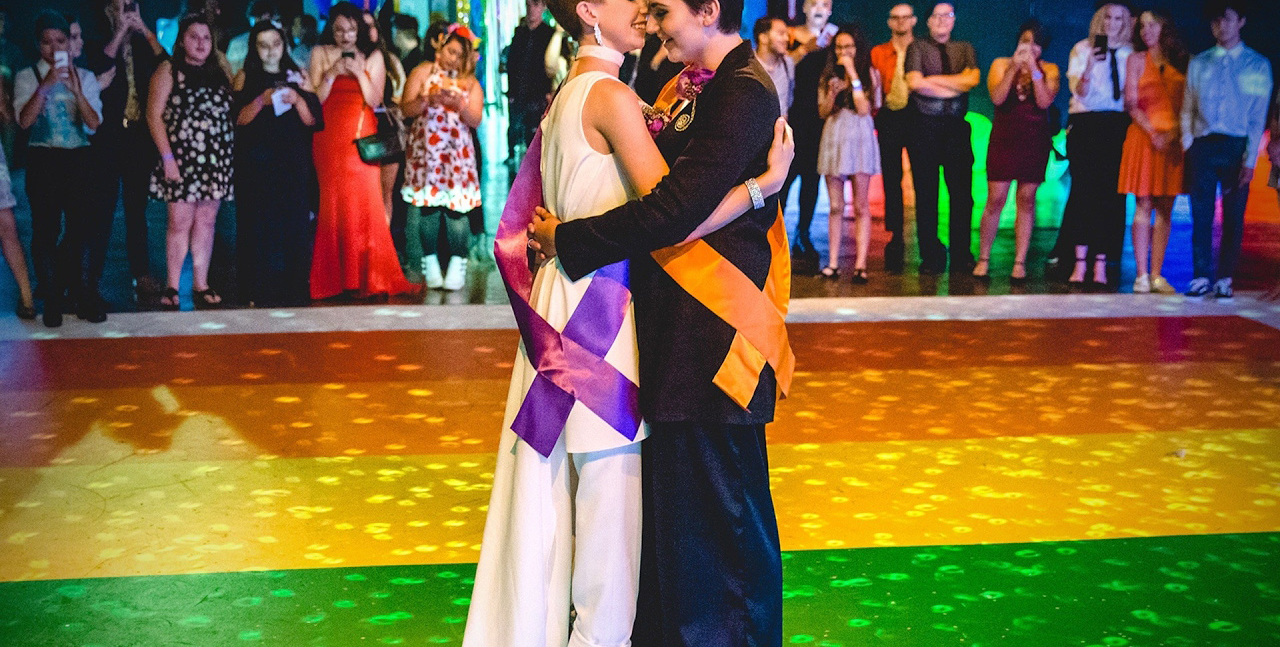 A students was punished by her high school after she asked her girlfriend to prom during a school talent show.

After her girlfriend had performed in the talent show at Alabama’s Alexandria High School, Janizia Ross got up on stage and asked her to prom.

But despite her girlfriend saying yes to the prom-posal, Ross was given an in-school suspension, as was another female student who was acting as MC at the show and helped her.

Ashley Fadely, another student at the high school, told AL.com that school officials called the sweet act of public affection a “disruption.”

“I was there when it happened. It was right after her performance. No words were spoken by them. They just got happy, hugged and that was it. If it was a male and a female student, nothing would have been done.”

Writing on Facebook, Ashley said “Literally no amount of punishment was necessary.”

A recent graduate of the school, Nick Wyville, posted publicly on Facebook and wrote to the Superintendent of the Calhoun County Schools to bring attention to the situation.

Nick, who is now a sophomore at Harvard College, said that straight couples had previously asked each other to prom – and even to marry each other – with no consequences.

“I write to you to urge the principal of Alexandria High School to drop all charges against the two young girls and to the hosts of the talent show, and any others involved. Federal law and the United State Constitution bars the harassment of LGBT students in public high school.

If the case is made that this was a public display of affection in front of an audience, then there is precedent that contradicts that very action.

When the talent show first unveiled itself, a male proposed to a female, and they faced no consequences. I, along with many others, can stand witness to that.”

Several current and former students posted on social media about the incident. Fadely said some students have started a movement to boycott prom if the two girls are not allowed to go together.