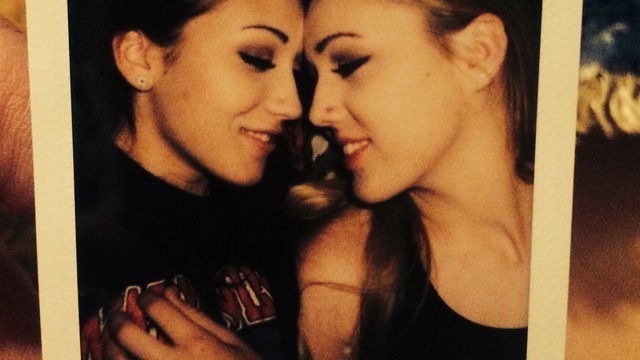 When it comes to social media, we each pick our favorite poison.

Some of us throw on a pair of huge sunglasses and stay Instagram ready at every moment of the day, while others do the world a favor by tweeting our constant genius inspirations. But, statistically speaking, most LGBT people are actually most likely to pick Tumblr.

If you haven’t heard of Tumblr, that’s not really surprising. It’s been dubbed the “weird cousin” of Facebook, Tumblr and Twitter – which may be why so many LGBTQ teens and young adults flock to it.

A new study called Scrolling Beyond Binaries investigates exactly why Tumblr is so darn queer.

Unlike Facebook, Tumblr doesn’t ask you to share any personal details. You can be KateMcKinnonsGurl69 or AllLezAlways2000, and no one will ever know it’s you.

While Facebook, Twitter and Instagram are focused on sharing the best parts of yourself, Tumblr focuses on, well, sharing anything and everything that comes to mind. Its longform format means you can type out whatever you’re feeling, at any time, with no pesky word limits.

Tumblr puts you in direct contact with 330 million virtual strangers. Know what that’s great for? People who get nervous about meeting strangers in real life. For some people, socializing is just easier behind a keyboard. This is also great for queer ladies who can’t be safely out in their IRL communities.

Tumblr actually gets a bad rap for being a cesspool of “social justice warriors,” but that’s just because people on Tumblr don’t let anything slide. Ever. Two hours on Tumblr and you’ll learn about systematic oppression big time. You’ll also learn that there are about 500 genders.

Tumblr isn’t for everyone, but it is for many queer people. For starters, check out 15 times Tumblr nailed television’s rampant killing of lesbians.