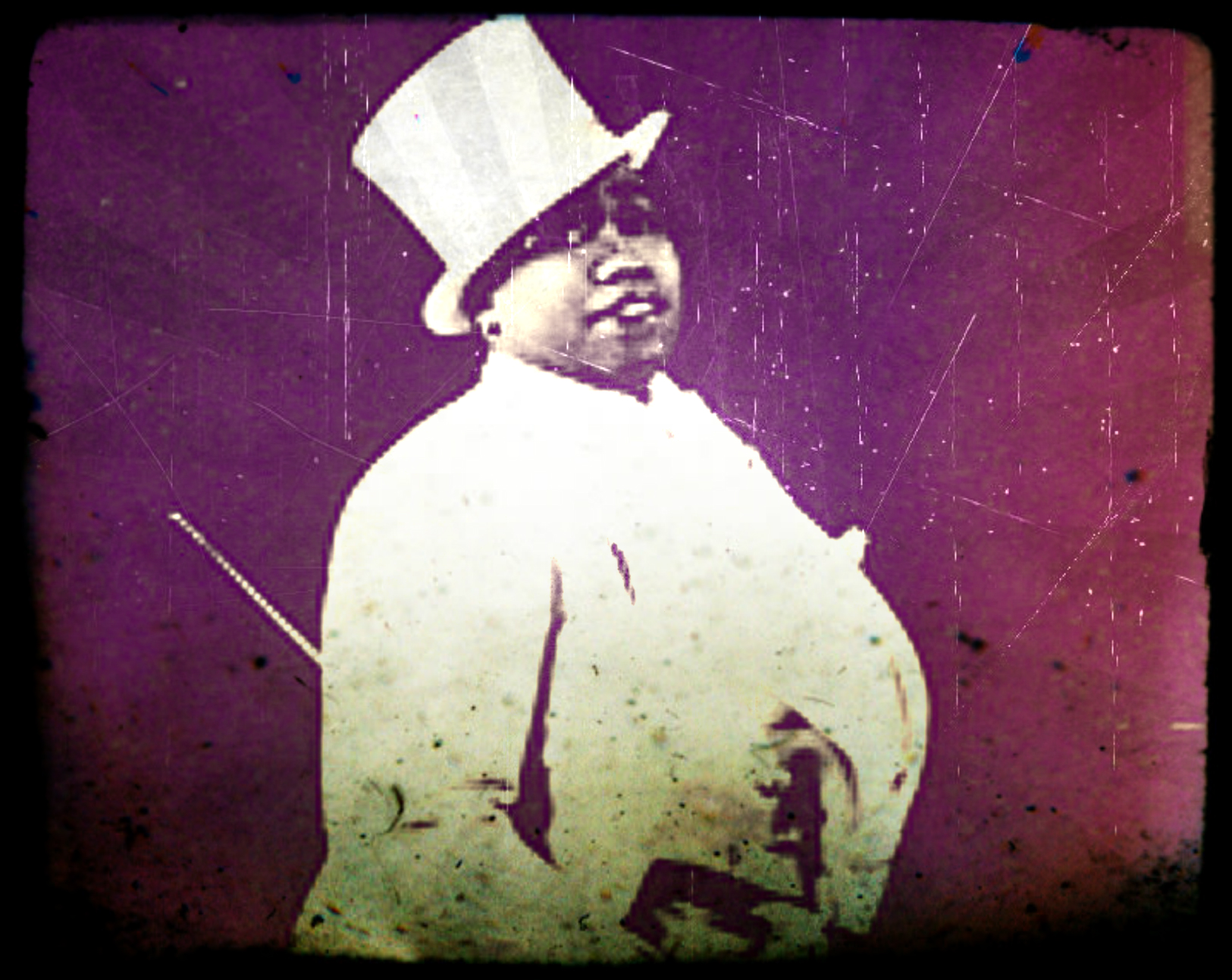 from – The Butch Caucus

Gut Lightning from Twilight for Gladys Bentley (Fall 2012) from Adam Graetz on Vimeo.

In the 1920s Harlem was an open and accepting place for gays and lesbians. African-American historian Henry Louis Gates has described the Harlem Renaissance as being “surely as gay as it was black, not that it was exclusively either of these.” Black gays and lesbians, described in Harlem vernacular as being “in the life,” provided entertainment in the form of private parties, sometimes fund raisers, and sometimes private erotic events. In addition to the clubs of Harlem, private rent parties became a place where gays and lesbians could dance and socialize without fear of being arrested. Rent parties were private parties that people threw in their apartments to raise rent. Rent parties became places for gays and lesbians to mingle in relative safety.

Enter Gladys Bentley. Born in 1907 the Philadelphia native left home at 16 for New York. For Gladys, her lesbianism made her need to strike out on her own all the more urgent. As she would recall many years later in an Ebony Magazine Article, “It seems I was born different. At least, I always thought so….From the time I can remember anything ,even as I was toddling , I never wanted a man to touch me…Soon I began to feel more comfortable in boys clothes than in dresses”.

She began her career singing and playing piano at rent parties and the legendary speakeasies of “Jungle Alley” at 133 between Lenox and Seventh Avenue. She appeared at Harry Hansberry’s “Clam House” on 133rd Street, one of New York City’s most notorious gay speakeasies, in the 1920s, and headlined in the early thirties at Harlem’s Ubangi Club, where she was backed up by a chorus line of drag queens. She attracted gay, straight, black and white audiences.

What I love about her the most is she was a BUTCH lesbian. Bentley dressed in her trademark tuxedo and top hat. She flaunted her sexual orientation and reputation as a ‘bulldagger’ or butch lesbian. She openly flirted with women in the audience. She was a 250 pound woman dressed in men’s clothes (including a signature tuxedo and top hat), who played piano and sang her own raunchy lyrics to popular tunes of the day in a deep, growling voice while flirting outrageously with women in the audience.

Starting in 1928 (at age 21) she began a recording career that spanned 2 decades. 8 recordings for the OKeh recording company were followed by a side with the Washboard Serenader’s on the Victor label. Although on her recordings she did not dare have lesbian lyrics, she certainly played up this image in the clubs and in public. She married a white woman from NJ and used her fortune to provide them with an apartment on Park Avenue complete with servants and drivers.

In the 1930s the repeal of Prohibition quickly eroded the prominence of Harlem speakeasies. Furthermore, the Great Depression seems to have ended much of the “anything goes” spirit of tolerance that had pervaded in the 1920s. By 1937 the glory days of Jungle Alley were very much a thing of the past. Bentley (now aged 30) moved to Los Angeles to live with her mother in a small California bungalow. She was able to maintain some success, particularly during World War 2 when many homosexual bars proliferated on the west coast. Once again , Bentley carved out a niche for herself in this subculture and environment. Many lesbian women came to see her shows at “Joquins’ El Rancho” in Los Angeles and “Monas” in San Francisco, although on occasion she did have legal trouble for performing in her signature male attire.

In the 1950s McCarthyism swept the United States and it was no longer safe to be an “out and proud” butch lesbian bulldagger. Out of desperate fear for her own survival (particularly with an ageing mother to support) Gladys Bentley started wearing dresses, and sanitizing her act. In 1950, Bentley wrote a desperate, largely fabricated article for Ebony entitled “I am Woman Again” in which she claimed to have cured her lesbianism via female hormone treatments. Bentley became an active and devoted member of “The Temple of Love in Christ, Inc”. She was about to become an ordained minister in the church when she died of a flu epidemic in 1960 at the age of 52.

These desperate attempts to survive do not diminish her previous accomplishments. For many years, on a daily basis, she took risks that would not be common until the Stonewall era. In the last two decades, Rosetta Records has re-issued some of Ms. Bentley’s songs as part of various “Women in Jazz” compilations.

PrevPrevious‘If It Fits, I Sits’ These Cats Prove That No Space Is Too Tight
NextLooking Forward to Watching Bette Midler and Pink Performing At 2014 OscarsNext