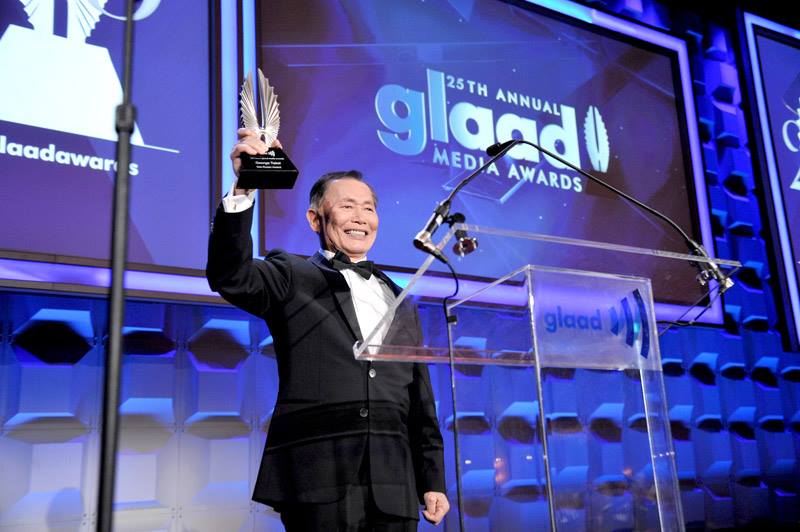 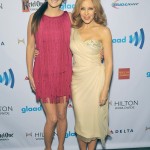 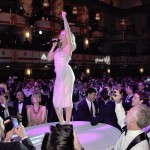 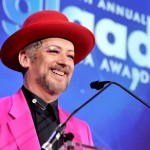 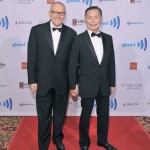 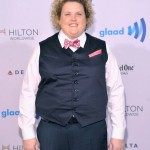 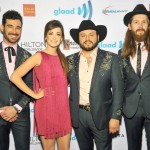 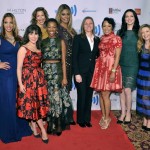 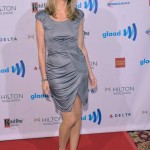 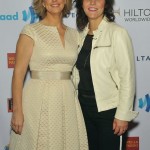 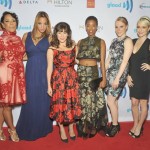 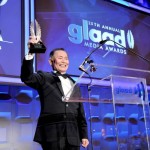 At the ceremony, long-time LGBT advocate David Mixner introduced GLAAD President & CEO Sarah Kate Ellis, who received two standing ovations from the capacity audience. In her remarks she said, “We are a team – focused on advocating and educating – and we have added a new component to our arsenal: we have to protect the phenomenal progress we have made over the past quarter of a century. There are some who say ‘our work is done.’ I say we have twice as much work to do.”

“I am so glad to be with all you GLAAD people to receive this important recognition. The Vito Russo Award is charged with meaning and potency. In the twenty-five years since its founding, GLAAD has dramatically changed American society for gays, lesbians, bisexuals and transgender people. I know, because as a closeted kid growing up in Los Angeles…all I saw of gays and lesbians in movies and television or heard on radio were caricatures of people who were mocked and laughed at, or pitied, or hated. The media stripped us of all humanity and made us into pathetic stereotypes. The media then was a soul-crushing monster. GLAAD took on this formidable beast with its media savvy, political acumen and the power of its advocacy and transformed the media into a powerful force for change. GLAAD inspired and galvanized others into action to join with in the great 21st century civil rights movement.”

“But as long as LGBT people can be fired from their job for simply being who they are, our work isn’t done yet. As long as young people are kicked out of their families just for being who they are, our work is not done yet. As long as people are be bullied into feeling that their lives are so hopeless that they are driven to self-destructive acts, our work is not done. Working in concert with GLAAD, with its history of achievement and the legacy of Vito Russo, we will make this a better world, a more equal society of all people…I accept the GLAAD Vito Russo Award with pride, and with humility and with resolve.”

Emmy Rossum presented the award for Outstanding Film – Limited Release to director Stacie Passon and star Robin Weigert for the film Concussion. Looking cast members Raúl Castillo and Frankie J. Álvarez presented the award for Outstanding Individual Episode to the Elementary episode “Snow Angels.” This category recognizes LGBT storylines shows which do not have a regular LGBT character. Transgender actress Candis Cayne, who played Ms. Hudson in the episode, accepted the award on behalf of the show.

Additional awards were presented at the Los Angeles GLAAD Media Awards on April 12 at the Beverly Hilton. For video, photos, and more, visit: glaad.org/mediaawards/recap To receive the latest updates on the GLAAD Media Awards, follow @glaad on Twitter and use the hashtag #glaadawards.