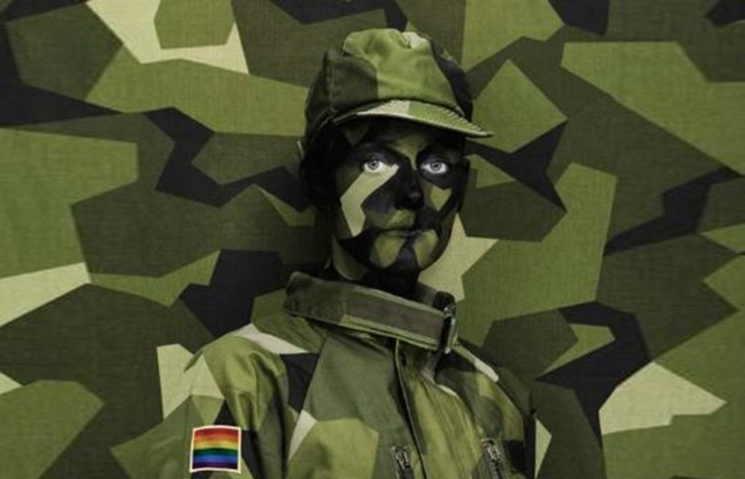 Sweden’s Armed Forces have launched a new Pride campaign, calling on its LGBT service members to be free and serve openly.

The new campaign features a woman in uniform against a camouflage background with her face painted, with a rainbow flag badged on her right arm.

In bold print and in Swedish, it says

Some things you should not have to camouflage.”

In a statement the Swedish Armed Forces siad

Equality is an essential ingredient in a democracy. In the military, we treat them with respect and see the differences of others as a fortress. We are an inclusive organisation where all the people who serve and contribute feel welcome and respected.”

The posters have been appearing throughout Sweden as part of a campaign to not only show the Armed Forces’ inclusiveness and support of its LGBTI members, but also to highlight that they welcome people of all backgrounds to sign up and serve their country.

Sweden is one of the very few countries that allow LGBTI people to openly serve in the military, first allowing gay and lesbian people openly in 1976.

Every year the Swedish Armed Forces participate in Pride, sending a delegation of its members to march. In 2008 during the Pride celebrations in the Swedish capital, the Swedish Army Museum hosted an exhibition dedicated to presence of LGBTI people in the history of its organisation.