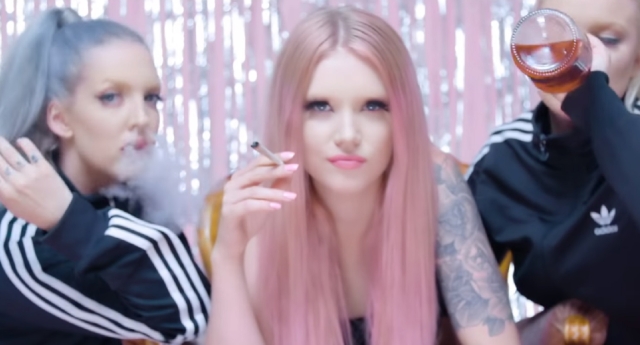 A new track by pink haired trap-hop singer Ängie has left many music listeners in a state of shook.

Titled, Smoke Weed Eat P***y, the three and a half minute track is all about getting naked and having a good time with women.

I smoke weed eat pussy all the time, straight or gay they all stand in line. It doesn’t really matter, I don’t know what to say, they got a thing for my ass and I’m here to play.”

Explaining the meaning of the song, Ängie ventured:

The song itself is about slutting around after my first girlfriend… I thought I was gay and got really grossed out by dicks.”

And it’s great to hear that the track is currently storming the Spotify Viral Chart in Sweden, because of course it is.