The pilot does not yet have a name but Jones, who is best known for her role in police-related TV series Flashpoint, plays Hilda. 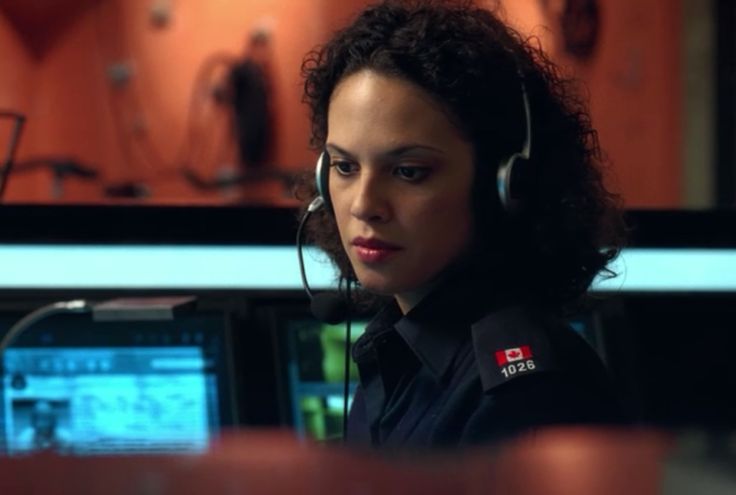 Hilda is described as “an intelligent and seemingly confident lesbian lothario with a dry sense of humor – that she uses to hide her underlying fear of growing up, settling down and becoming conventional.”

Joining Jones in the single-camera show is Andy Riding who plays Randall, who is Hilda’s best friend.

According to Deadline which broke the news about Jones’ casting in the comedy pilot, Randall is a “neurotic straight guy” and the two friends must “navigate their dysfunctional, co-dependent friendship and the world of dating.”

Also involved in the project is Ed Weeks  (The Mindy Project) and Hannah Mackay who wrote the pilot together, while Leslye Headland is set to direct.

Moreover, Deadline previously reported that out lesbian comic Julie Goldman will feature in the show as JoJo, “a fun-loving Southern biker who runs Austin’s friendliest gastropub.”

Assuming that ABC orders more episodes of the comedy following its pilot episode, the yet unnamed show will not be the only TV program to introduce a lesbian of colour. It was also recently announced that Wanda Sykes will star in ABC’s other new comedy show Dream Team, which is about a football coach who must coach a team of 8-year olds and deal with their parents.

In Dream Team, Sykes plays Leslie a “competitive ob-gyn who has a passion for sports,” according to The Hollywood Reporter. Sykes’ character is trying to help her daughter Miley land a spot on a “nationally ranked” football team but her wife, Michaela, is trying to get Miley to stop playing the sport.

Now that she’s a co-host of The View, Raven-Symoné knows there are times when she will have to let viewers in a bit when it comes to her private life.

Talking to People magazine, she said

I’ve got to put some personal stuff out there. But now that I’m 29, I feel more comfortable releasing certain things about my life,”

Symoné is in a relationship with actress AzMarie Livingston who had a recurring role on the Fox drama Empire last season – a show that Symoné guest starred in as well. 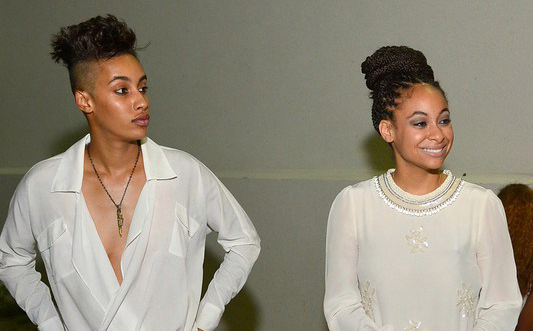 My partner is in a show that people are going ape crazy for. I’m proud of her.”

I was tired of answering the same question over and over.”

But she told Oprah Winfrey last year that she does not like labels.

Before taking the full-time slot on The View this year, Symoné had been taking stock and letting her career take a back seat to her private life.

I’ve done a lot of things in my life that I’ve just had to smile through, and I don’t want to have to pretend anymore. For a long time I didn’t enjoy myself in life. But it could all end tomorrow. I don’t want to be dying and go, “I forgot to do this.” Now, I’m living life for myself.”

Since landing her gig on The View, Raven-Symoné has been in the news a lot lately. From spot-on opinions about Donald Trump’s bid for the Presidency; to her confrontation with conservative Candace Cameron Bure over the anti-gay bakery.

However, the one thing Raven doesn’t discuss too much is her personal life. But in a recent interview with People, she finally gave a glimpse into her relationship with model and Empire actress AzMarie Livingston.

Raven told People that she’s proud of AzMarie on the hit show.

My partner is in a show that people are going ape crazy for. I’m proud of her.” 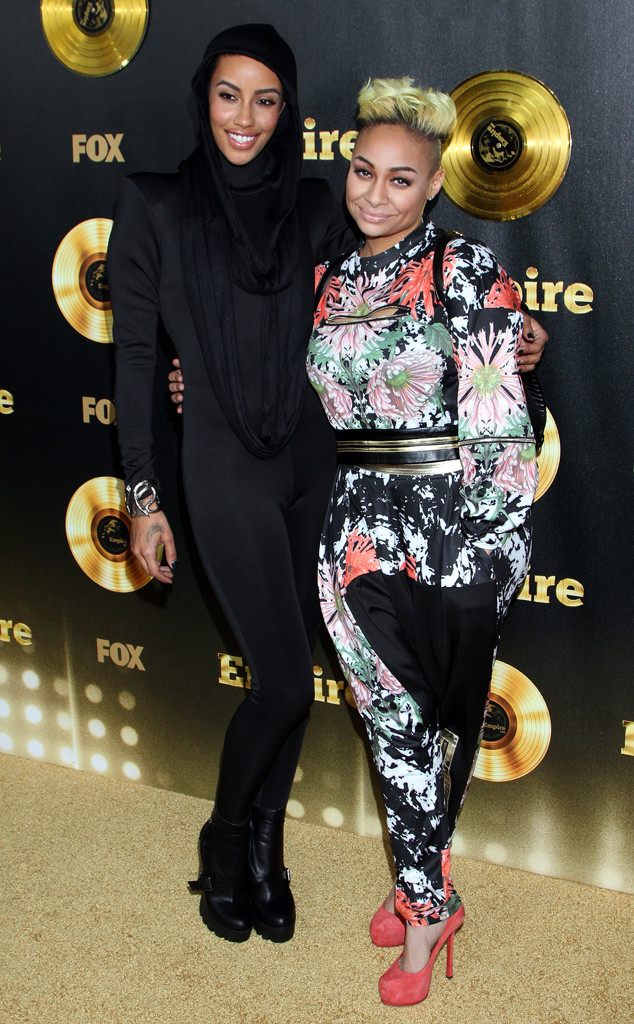 She also wished she had more time at home with her partner – but not just because they’re in love – it comes down to their TV viewing habits.

Raven-Symone usually keeps her private life to herself but over the past several years she has opened up more regarding her relationships and sexual orientation. In an episode of Oprah: Where Are They Now, the former Cosby Show actress told Oprah,

People in my family, they’ve taught me to keep my personal life to myself as much as possible. So, I try my best to hold the fence where I can. But I am proud to be who I am and what I am. I don’t want to be labeled gay. I’m a human who loves humans. I’m tired of being labeled.”

Raven admitted that they are not rushing anything in their relationship. Instead they are focusing on the here-and-now and enjoying their success. Raven-Symone is a cohost on The View and Livingston, who was a former ANTM contestant, is now filming Season 2 of the hit show Empire.

It’s official: Raven-Symoné is now a permanent co-host on The View.

In a statement released by ABC, Raven, called the appointment “another one of my dreams come true!”

After the announcement at the top of the hour, the new co-host, 29, proudly shared with the audience:

I remember coming to show with the Cheetah Girls when I was 15. I’m very happy to be sitting with these smart, talented mentors.”

After that she presented some tasty gifts – bacon and sweets for several of the panellists and potato chips and watermelon for Goldberg, 59.

Being a part of The View family will be a wonderful growing experience for me. The cast and crew are warm and welcoming and have made the transition into daytime talk easier. I have a lot to learn within this new arena, but being the apprentice of these spectacular women will only make me a better person and talk show host.”

Also read: Raven Symone Opens Up About Her Sexuality in Teaser For Upcoming Oprah Interview

It’s been an unstable time for the 18-year-old show, which is finding strong ratings competition from CBS’s similarly structured “The Talk.” After seven years away, Rosie O’Donnell rejoined the cast last September, then abruptly left in February, Nicolle Wallace and Rosie Perez joined the show.

Former moderator Barbara Walters, who remains an executive producer on the show, added

Raven-Symoné is a welcome addition to The View. She is happy, amusing and well-informed, and has already brought a unique perspective to the program that has resonated with our audience.”

‘How to Get Away With Murder’ is ABC’s new drama, which so far is dripping with mystery and gooey intrigue. Headed up by Peter Nowalk (producer and writer for Grey’s Anatomy and Scandal) and executively produced by Shonda Rhimes (the creator of those aforementioned shows) ‘HTGAWM’ is off to a brilliant start.

Hopefully you’ve been tuning in (it airs on Thursday nights on ABC, if you’re in the United States) and not just living vicariously through my recaps but so far, in addition to all of the murders and lawyer-ing up the show has proved itself to be incredibly queer friendly. Main cast member Connor is a gay, white male and while that’s hardly good news of those of us looking for more diverse characters to fall in love with (though two of Connor’s love interests have been men of colour) it’s still good news for those of us who like LGBT media that the show has now received a full season order.

Critically a ‘full season order’ is not the same thing as ‘being renewed for season 2’ which is what we’d all like to hear but it does mean that ‘HTGAWM’ will be upholding the justice system all over our teevees for the next few weeks. The show was designed to have 15 episodes in its first season but as we’re just at the 4th episode now (it airs this Thursday coming) and it has already been given a thumbs up, that’s fantastic news.

All of the appropriate appendages crossed, ‘HTGAWM’ will get a second season. At least, it has a very good chance of doing so. It’s been the most watched show of the Fall pilot season, getting 14.3 million viewers in its first week and by week two that had only dipped to 12.2 million which is phenomenal.

Hopefully those high ratings continue and that ‘HTGAWM’ adds a queer woman or two to the mix soon.

Ellen DeGeneres, proudly announce to 29.8 million twitter followers that her wife Portia de Rossi, will feature in multiple episodes of the upcoming fourth season of ABC’s Scandal, which is on TV (in the US) September 25.

Degeneres tweets: “So annoying when people brag on twitter & that’s why I’m not tweeting that Portia just signed on to do a top secret arc on ‘Scandal’. Oops.”

So annoying when people brag on twitter & that’s why I’m not tweeting that Portia just signed on to do a top secret arc on “Scandal”. Oops.

The Portia will join the Scandal storyline after season 3 wrapped up on a cliffhanger, with Olivia Pope (Kerry Washington) taking off with Jake (Scott Foley) and leaving behind a devastated Fitz (Tony Goldwyn).