In the latest episode of Queerty’s Going Places director Jamie Babbit discusses the lack of feminine lesbian representation in film and how that issue inspired her to create the lesbian cult comedy But I’m A Cheerleader.

FYI, did you know it’s been 17 years since But, I’m A Cheerleader hit theatres.

Since its release, Babbit has focused mostly on television in recent years, directing episodes of shows like Girls, Looking, The L Word and Orange is the New Black.

However, she did reunite Natasha Lyonne for a new film, Addicted to Fresno.

Parks and Recreation star Aubrey Plaza (and long-time fave of the queer community) has just come out as queer herself.

Well… perhaps ‘come out’ is the wrong word. It doesn’t appear to have been a secret, more than Aubrey confirmed herself as queer in a recent interview with The Advocate.

The actress was also asked about her role as a lesbian character in 2015 film Addicted to Fresno, saying the role was “less about pretending to be a lesbian and more about portraying a human being with a massive crush on Natasha Lyonne’s character.”

Natasha’s a friend, and she called me up, like, ‘Do you want to come do a movie and make out with me?’ I have a major crush on her in real life, so it was fun.”

And then, when asked if women ever come on to her, she said:

Oh, yeah. I don’t mind. I know I have an androgynous thing going on, and there’s something masculine about my energy. Girls are into me – that’s no secret. Hey, I’m into them too. I fall in love with girls and guys. I can’t help it.”

Having provided the voice for Grumpy Cat she added that the feline she is “definitely gay” and that “people just need to deal with it.”

Natasha Lyonne is one actor who has a huge LGBTQ fanbase. Lyonne is perhaps best known for playing gay inmate Nicky Nichols in Netflix’s hit show Orange is the New Black but in 1999 she also starred in iconic queer movie But I’m a Cheerleader.

In this, Lyonne played Megan, a teenager sent to camp after her friends and family suspect her of being a lesbian.

But I’m a Cheerleader is also the first time that Lyonne worked with out queer director Jamie Babbit. So, with that film having played such an important part in the scope of LGBTQ media (it’s right up there with Imagine Me and You and The L Word) plenty will be glad to hear that Babbit and Lyonne have teamed up again for the new dark comedy film, Addicted to Fresno.

In Addicted to Fresno, Lyonne once again plays a lesbian, this time as a housekeeper named Martha. Martha mostly has her life together, she has a job in a hotel and she has a love interest, Kelly (played by Aubrey Plaza), who is also her personal trainer. 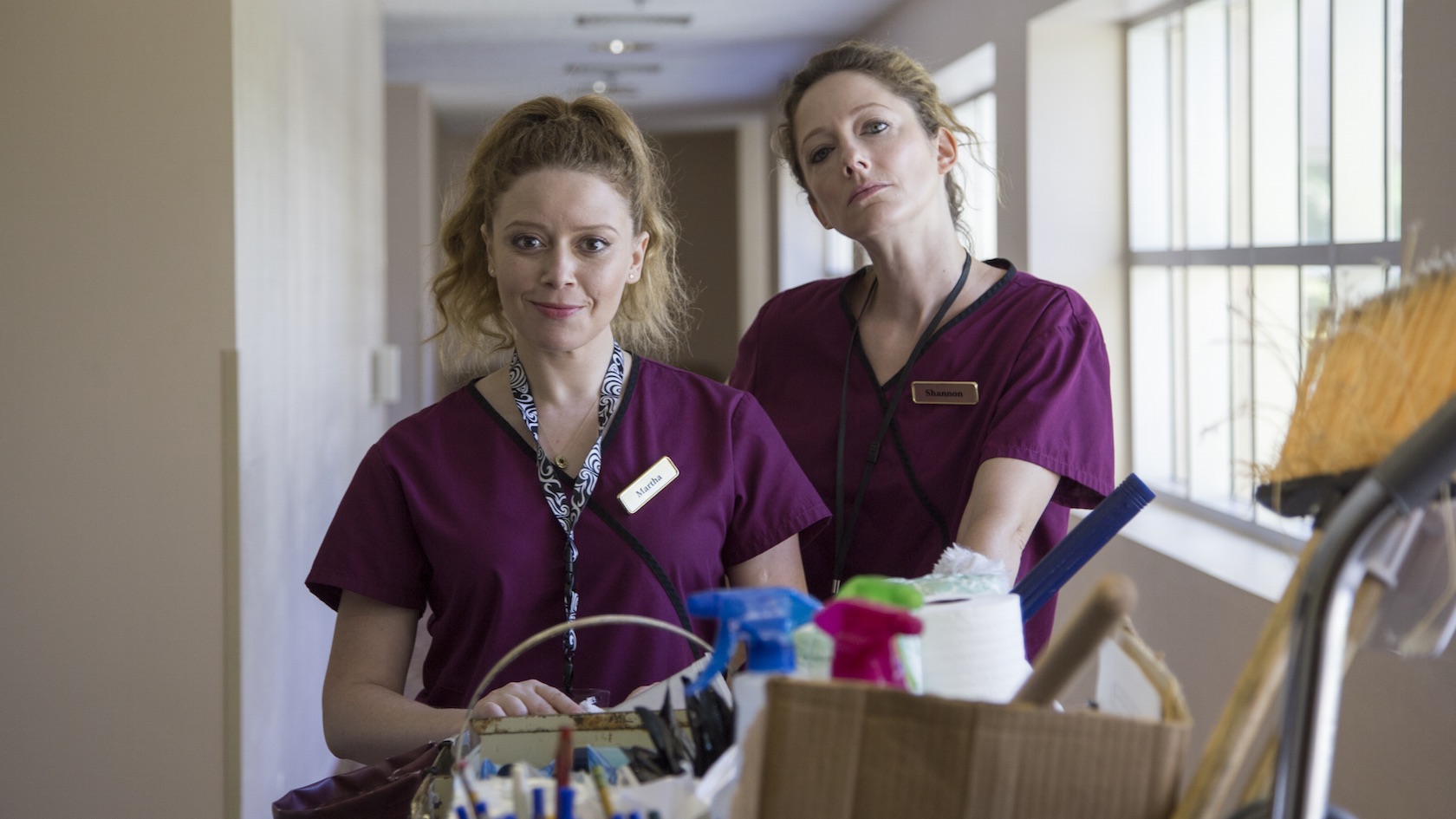 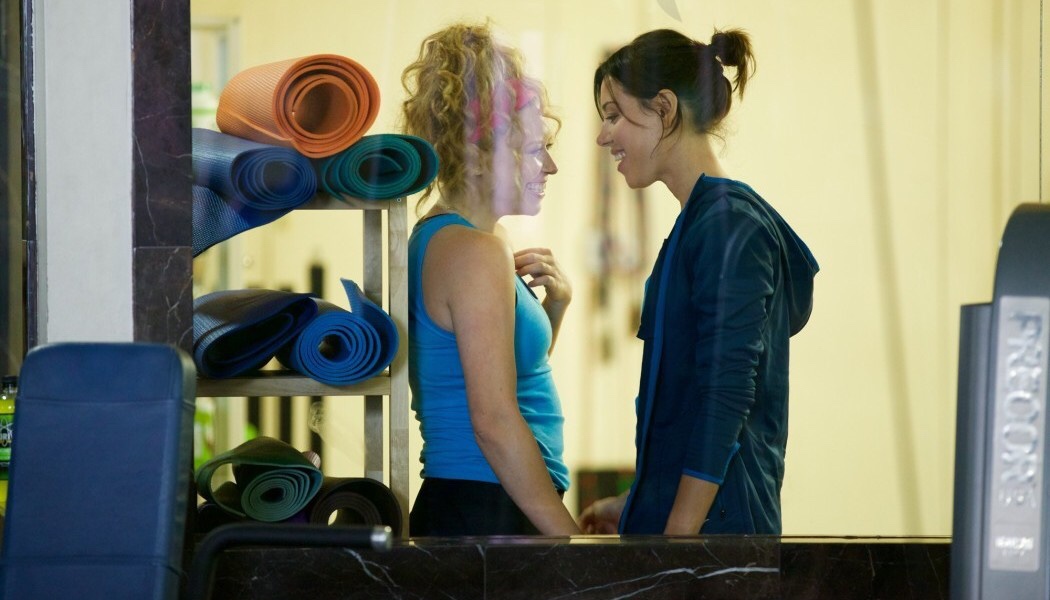 Things completely get turned upside down then when her sex addict sister Shannon (played by Judy Greer) rolls into town needing help because she’s just been fired from her job after having slept with a whole bunch of people.

Things don’t quieten down after that as Martha graciously gets Shannon a job with her at the hotel but it’s not long before Shannon manages to kill someone.

Think it’s as easy as ditching the body and burning it in the woods, How To Get Away With Murder style? Sadly not as the sisters then need to come up with $25,000 in three days to make sure that pet cemetery owners Gerald (played by Fred Armisen) and Ruby (played by Allison Tolman) stay quiet about the murder.

Hilarious hijinks and plenty of racy humour ensue as they go on a robbery spree to find the money. 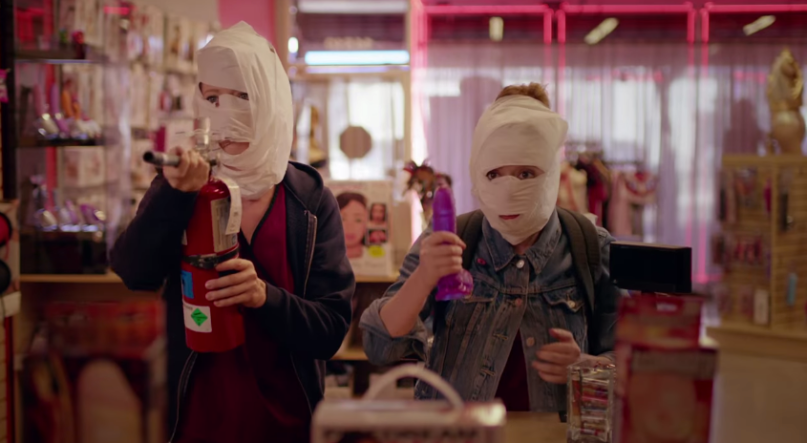 Addicted to Fresno‘s madcap comedy stylings have been praised plenty following its September 3rd premiere and although the romance between Martha and Kelly has been described as a little bit “awkward” by some outlets, that’s a highlight too.

Addicted to Fresno is available now from iTunes and Amazon and it will be in theatres from October 2nd.