Master of None  is a Netflix original, which was created by Aziz Ansari and Alan Yang.

The show explores topics of love, heartbreak, race, sexuality and humour throughout the season but episode eight stands out by far.

Episode eight, Thanksgiving, fleshes out the story of Dev’s friend Denise, played by Lena Waithe, and shows how her family came to accept her sexuality over a series of dinners. 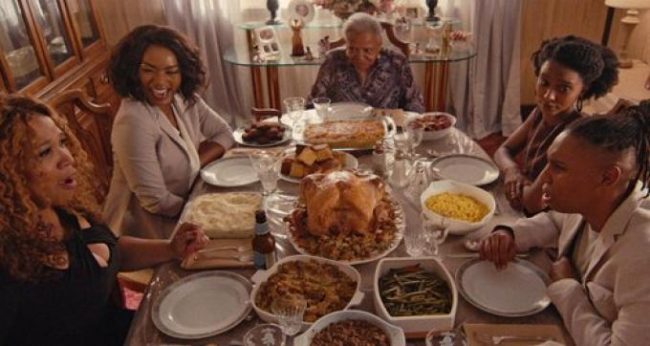 The episode is quietly epic. It starts with a young Dev and Denise in the 1990’s.

The pair begins to learn about minorities at the age of nine when Denise mistakes Dev for being black in front of her mother, Catherine, played by Angela Bassett.

The episode jumps forward to 1995 when Denise decides that she doesn’t like to wear dresses, then to 1999 when she comes out to Dev.

In 2006, Denise finally comes out to her family, which is made up of her mother, aunt and grandmother.

In 2015, the character brings a “friend” home for the celebrations but her family is less than friendly with Denise’s partner.

The following year a different partner joins Denise, Dev and her family for the holidays and it goes even worse.

Finally in the present day 2017, Denise returns with her first date and her family have reached a level of acceptance to her and her sexuality.

The episode is a rarity as it focuses on Denise’s coming out story as a black, queer woman.

The narrative is based on Waithe’s own experience with coming out – something that the star rarely talks about in the public domain because she never “intended to make it TV fodder”.

I never felt the need to tell it. I’m a big fan of telling a story about queer people post-coming-out because the truth is we’re more than our coming-out story.”

However, she decided she would use the opportunity to tell her story after Ansari and Yang were inspired by it.

This will be the one and only time I do this. Let me do it right, let me knock it out the park, because I’m not going to tell that story again.” 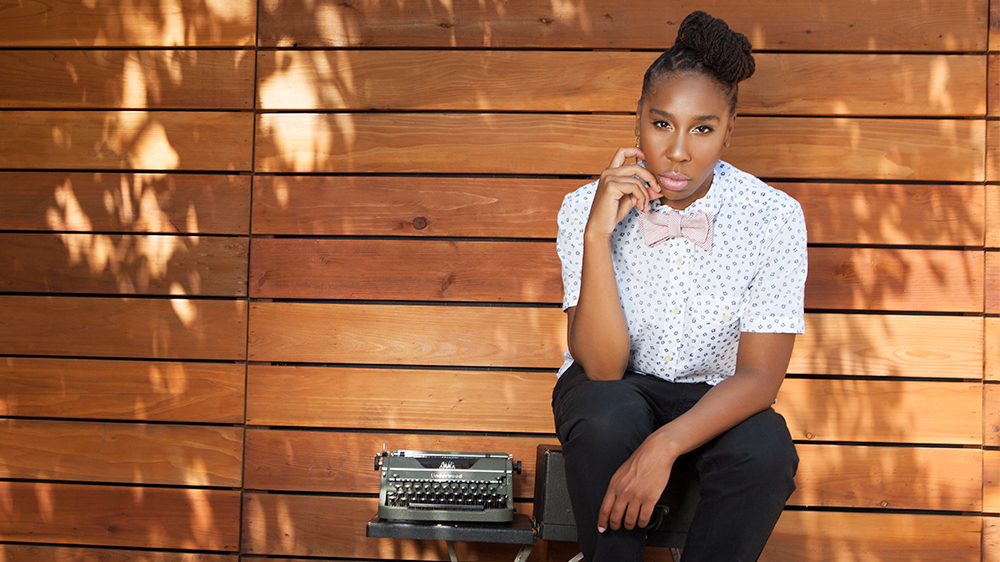 “I think it’s revolutionary, honestly, because oftentimes queer women of colour are told to sit down and be quiet and not have a voice. So the fact that everyone has embraced mine, I think, is definitely a wonderful step in the right direction.”

The idea to tell the story of Denise over 30 years of Thanksgivings stemmed from Ansari’s brother and was directed by Melina Matsoukas who previously worked on videos for Beyoncé and Rhianna.

Matsoukas was chosen despite being considered a “rookie” in the television world so that she could portray the black female narrative with more authenticity.

She said of the script,

“I saw a terrific opportunity. I’d never seen a black woman come out on television before.”

The director added that she worked closely with Waithe throughout so it would stay true to her and her character, Denise.

Waithe added that she was overjoyed with the outcome of the show.

“It’s just sort of like very validating when a queer woman of colour speaks up and the audiences respond with a rousing round of applause. I think it’s a beautiful thing, I think it’s a celebration.”