Earlier this month Great British Bake Off host Sue Perkins revealed she has been living with a brain tumour for eight years, which has stopped her from having children. 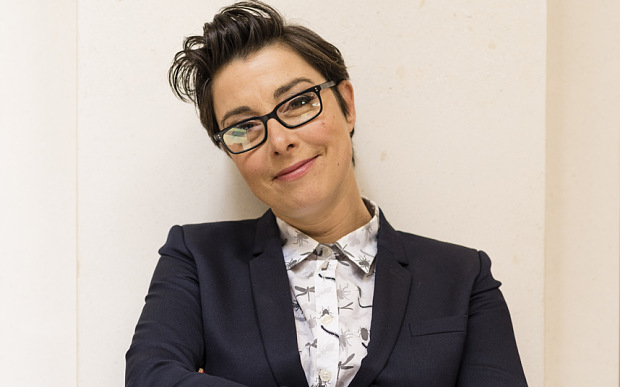 In an extract from her memoir ‘Spectacles’, published in the Sunday Times, Perkins said it “felt like a bereavement” when she found out.

She revealed that her brain tumour consultant asked her whether she had a boyfriend or husband, but she told him she is a lesbian.

Oh, OK. Well, that makes it easier. You’re infertile. You can’t have kids.”

Does not a lesbian have a fallopian tube? Am I not human, and [am] I not somebody who could be a lovely, wonderful mother?”

She also said she made a complaint about the doctor in question.

Perkins and fellow presenter Anna Richardson earlier this year revealed that they are in a relationship together. 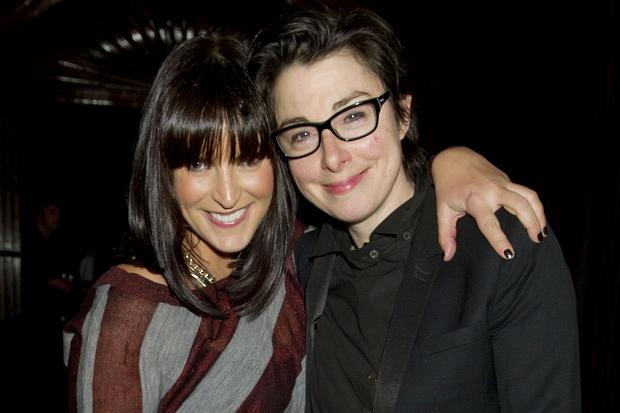 Paige Mitchell posted four sexually explicit images of her ex-girlfriend on her Facebook page after an argument.

As a result she has been handed down a six-week suspended jail sentence at Stevenage Magistrates’ Court, and also given a two-week sentence for common assault, to run concurrently.

Both sentences were suspended for 18 months.

In sentencing, the chairman of the bench Bette Hindmarsh said:

Posting the photos on the internet was a highly vindictive invasion of privacy. It was done with the intention of humiliating and hurting your victim.”

Mitchell pleaded guilty to one count of assault by beating and one count of disclosing private sexual photographs with intent to cause distress.

The photos were sent by the victim to Mitchell during their relationship. They were posted online before Mitchell’s mother told her it is illegal to post them online, at which point she deleted them.

In a statement, Joanna Coleman for the Crown Prosecution Service said:

These vengeful crimes are predominantly thought of as being carried out by men. This sentencing will highlight that anyone can be guilty of this offence and regardless of the defendant’s gender, once reported, it will be taken seriously.

Crimes where an intimate image of an individual is shared without their permission in such a public forum is invasive, humiliating and distressing for the victim and leaves them feeling violated.

It can have a huge impact on the victim and I am pleased that more people are having the confidence to come forward and report these crimes.”

Out UK comedian – who presents the Bake Off on the BBC – disclosed that she has been living a brain tumour for the past eight years.

Speaking to Good Housekeeping, she said:

I was at a point where I was spending so much of my life doing TV that I only found out about my real life through a television procedure.

I’m lucky that it’s benign so it’s not in itself a worrying thing. Sometimes it’s big and makes me mad, and sometimes it’s small and is in the background.

Sometimes it screws up my hormones. I have various tests now to make sure the side effects aren’t too onerous.”

She also revealed that the tumour has stopped her from having children, because of its impact on her reproductive hormones.

We live in a time and place where we think everything is possible… I don’t know if I would have gone on to have children. But as soon as someone says you can’t have something, you want it more than anything.”

Ta for sweet tweets about my prolactinoma. It's benign & non-symptomatic. All fine,
Let's focus on those less fortunate in the world. X

The Bake Off star and fellow presenter Anna Richardson earlier this year revealed that they are in a relationship together.

Journalist and investigator Anna Richardson – who is currently dating Sue Perkins of the BBC’s Great British Bake Off –has leaked her own sexy selfie as part of a TV experiment.

Talking to the Evening Standard, she explained she wanted to explore the issue of angry exes uploading pictures to the internet without consent, which is now a crime in the UK.

It was a move that she didn’t take lightly.

The women who have been ‘revenge porned’ have been revenge porned without their consent, and they have no control over those images, albeit that it’s their body.

In this situation, I’m taking the pictures, I’m deciding what to do, I’m uploading them, I have control over it. Even though those pictures will be there forever, I think now having met women who have been revenge porned, I feel much stronger about the fact that this is something I should be doing properly.”

The pictures received hundreds of thousands of hits and hateful comments – however, later in the experiment they promptly disappeared, suggesting that the website discovered her photos were not all they appeared to be, but were still allegedly being shared privately by users.

Out presenter, Sue Perkins is back on Twitter just in time for the return of BBC’s The Great British Bake Off. 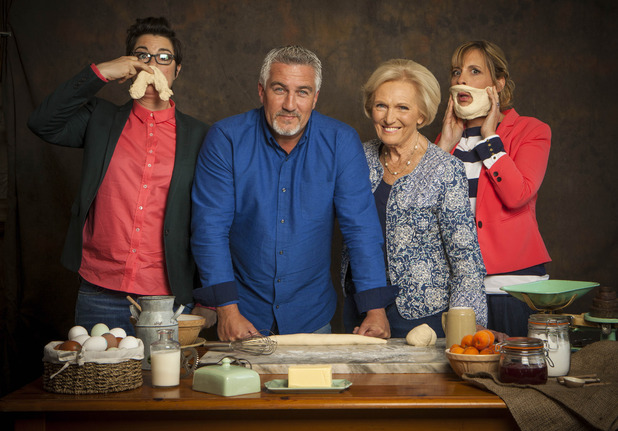 The presenter made her first Twitter post in four months to assure her fans that she’s missed interacting with them.

Perkins quit the social network back in April when she began receiving death threats from angry Top Gear fans, who were apparently furious over rumours that she would replace Jeremy Clarkson on the show – despite the fact that she had previously denied any such offer from the BBC.

Out TV presenter Sue Perkins has said she is taking a break from Twitter after she received threats over rumours that she would take over as host of Top Gear.

Tweeting this morning, Perkins said: “Guys, post the utterly fabricated story about me & Top Gear, my timeline has been full of blokes wishing me dead…” “This morning, someone suggested they’d like to see me burn to death,” she said in a separate message. She went on: “All of which goes to say that I am off Twitter for a bit. Love and peace x.”

This morning, someone suggested they'd like to see me burn to death.

All of which goes to say that I am off Twitter for a bit. Love and peace x

My partner @sueperkins is off Twitter thanks to abuse over false rumours that she's up for #TopGear. We're just 2 girls trying to live life.