The victory marks another milestone for LGBT people in Utah who have made major strides in recent years. 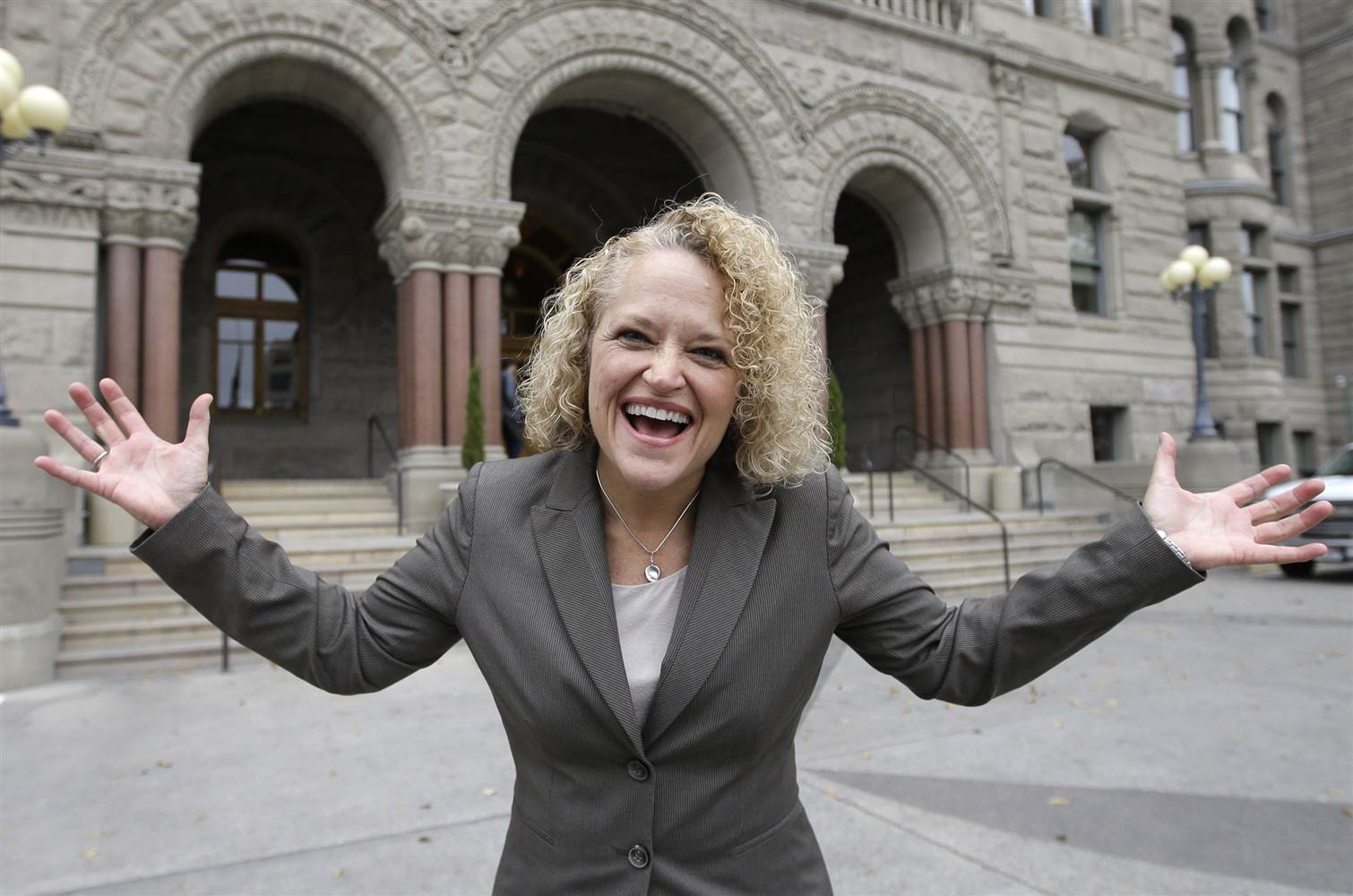 Her supporters cheered when the results were read at an elections canvass meeting.

Two-term incumbent Ralph Becker showed no reaction and later congratulated Biskupski and vowed to work with her to ensure a smooth transition.

Serving as mayor of Salt Lake City has been the richest working experience of my life.” 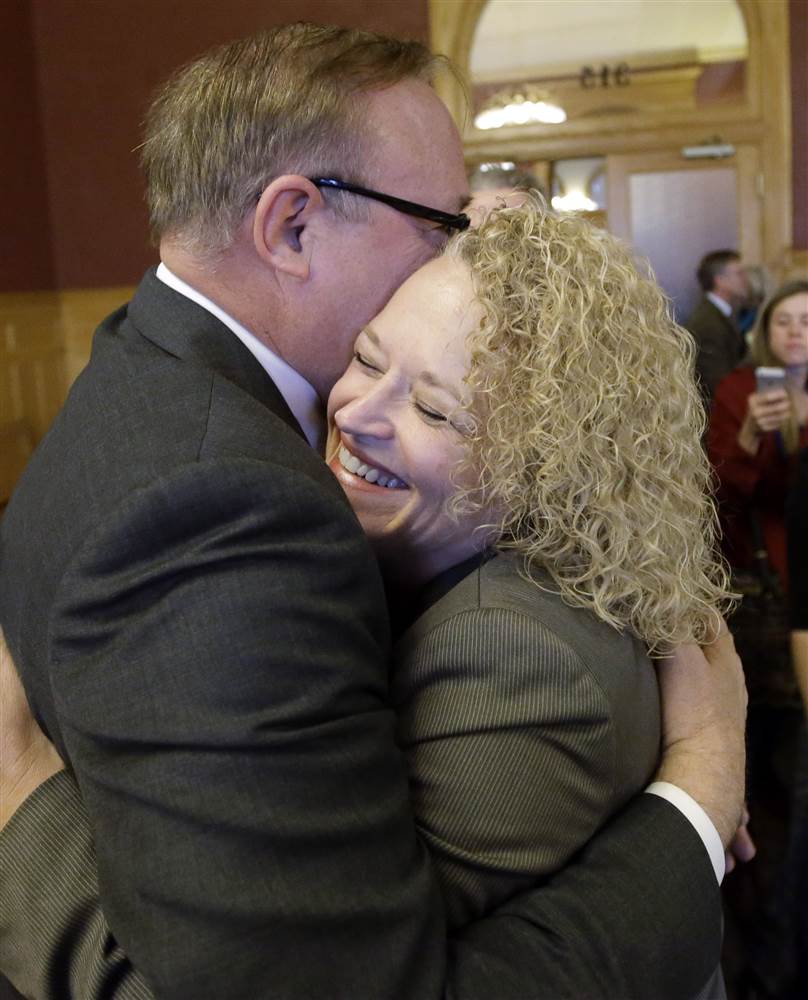 He and his husband, Moudi Sbeity, were one of three couples who sued to overturn the state’s same-sex marriage ban.

In the last few weeks, Utah has seen several setbacks to the LGBT community.

Last weeks a judge ordered a foster child to be removed from a lesbian couple and placed with a heterosexual couple. The judge cited the child’s well-being as the reason for his order.

The ruling set off a firestorm around the world. The judge quickly reversed his decision and took himself off the case.

Earlier this year, the church endorsed a statewide anti-discrimination law that protected gay and transgender people from discrimination in housing and the workplace.

Biskupski said one of her goals as mayor is to meet with church leaders and discuss the new rules.

Back in 1998, when Biskupski became Utah’s first openly gay lawmaker – some of her Mormon colleagues and conservative Legislature wouldn’t shake her hand.

Asked about her win in light of the recent controversies, Biskupski said,

Salt Lake City is a liberal island in the state where no Republican has been elected mayor in four decades.

A Utah judge has reversed his order to take a foster child away from her foster parents because of their sexuality (even though the biological mother is happy for the couple to raise her child).

He did not provide any statistics to support this claim, however, and the American Psychological Association said this so-called research does not exist.

The couple and the UDCFS were convinced the judge based his decision on his religious beliefs and filed court challenges to rescind the order. 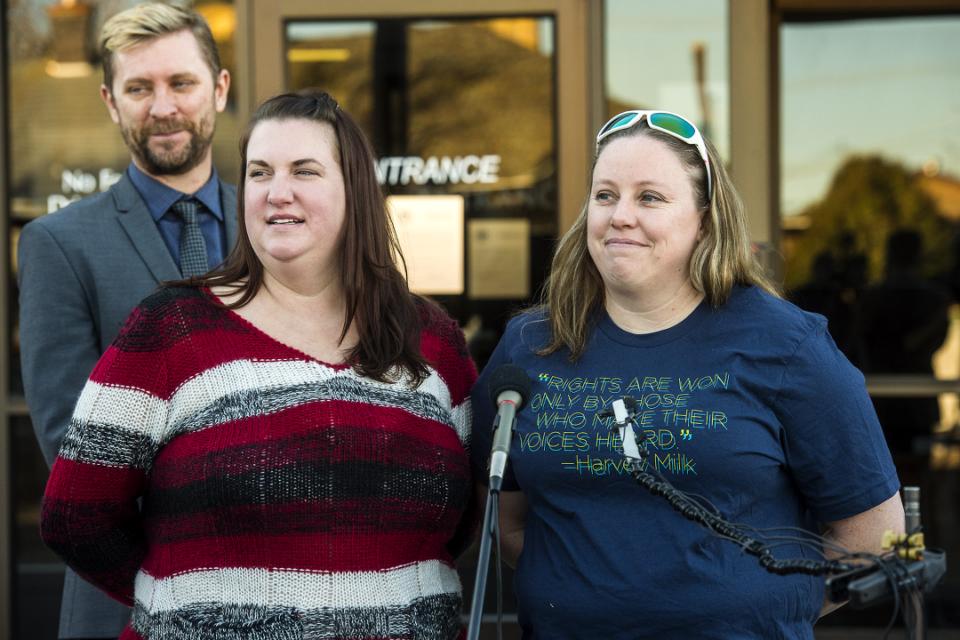 Johansen is a bishop in the Mormon church, CBS News reports, which likely explains his disapproval of homosexuality.

But according to UDCFS spokeswoman Ashley Sumner, Johansen issued a revised order taking back his original ruling.

Sumner is still concerned, however, Johansen could very well order the baby to be taken away again at an upcoming custody hearing.

This is because even though Johansen took out a line from his original order that read, “It is not in the best interest of children to be raised by same-sex couples,” the revised version reportedly still contains the following line:

The court cited a concern that research has shown that children are more emotionally and mentally stable when raised by a mother and father in the same home.

Sumner hopes Johansen will take the mass outrage he produced into consideration during an upcoming court appearance on December 4.

Utah Governor Gary Herbert said on Thursday Johansen’s personal opinions should not at all play a role in his job to uphold the law.

Peirce and Hoagland have been raising the child for three months and are pursuing adoption.

The judge has removed a baby girl from her foster parents because of their sexuality, even though the biological mother is happy for the couple to raise her child.

However, a judge has ordered the Department of Child and Family Services to remove the child from their care within seven days.

The couple say they are devastated by the ruling, especially as they have not done anything legally wrong.

We are shatteredIt hurts me really badly because I haven’t done anything wrong.”

He’s never been in our home, never spent time with the child in our home or our other children so he doesn’t know anything about this.”

LGBT activists have rejected the decision, noting that recent studies prove that sexuality has no negative impact on a couple’s ability to raise a child – in fact, the opposite is often true.

Being a good parent has nothing to do with sexual orientation—thousands of families prove that. https://t.co/xQLh25RAYR

President of The Human Rights Campaign, Chad Griffin, said in a statement

Removing a child from a loving home simply because the parents are LGBT is outrageous, shocking, and unjust. At a time when so many children in foster care need loving homes, it is sickening to think that a child would be taken from caring parents who planned to adopt.

It also flies in the face of overwhelming evidence that children being raised by same-sex parents are just as healthy and well-adjusted as those with different-sex parents.”

One such study by the University of Texas recently found that same-sex couples actually tend to invest more time in their children than their heterosexual counterparts.
The study – that was launched to tackle prejudice like this.