Brittney Griner and Glory Johnson’s marriage may be over, but if Johnson gets her way, they’ll be in each other’s lives for years to come. 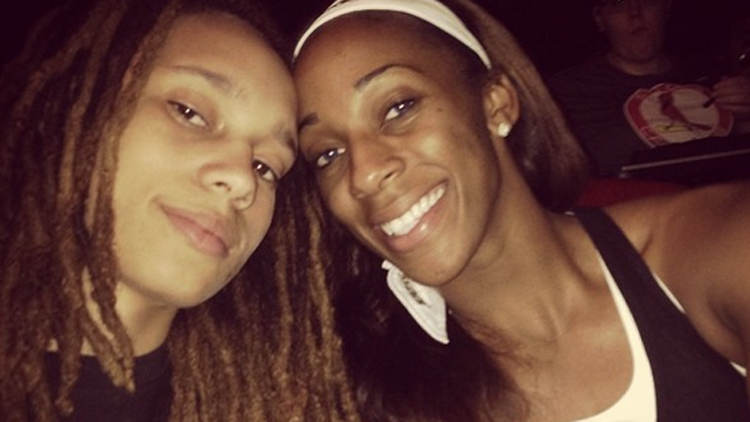 ESPNW is reporting that Glory Johnson is asking for $20,000 dollars a month (yes… you’re reading this correctly) in spousal support concluding their divorce. Court documents filed in June in Maricopa County, Ariz., also show that Johnson is requesting a $10,000 advancement towards her attorney’s fees.

Click’s claims comes from reports that Johnson is currently on a slashed salary from the WNBA due to her pregnancy, which also makes her unfit to play overseas this winter. Since she has no means of a steady income, she is requesting spousal support from her ex-wife.

In the filing, Johnson also claims that she cannot seek employment outside of basketball because it is a “high-risk multiple pregnancy” — she is set to have twins. Though she intends on returning to basketball full-time postpartum, she currently needs “household assistance, personal trainers, and medical care not covered by her current insurance.”

She also claims that furnishing the home she and Griner once shared, in vitro fertilisation costs and wedding expenses drained her financially. 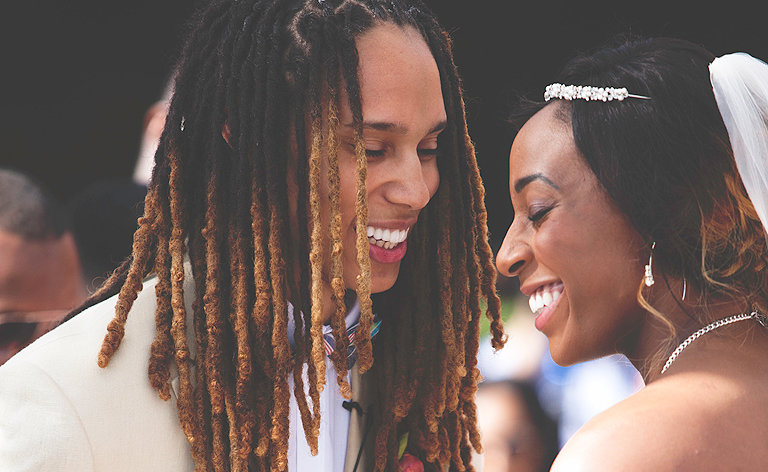 Griner filed to annul her marriage to Johnson on June 4, approximately one month after they tied the knot.

Her court petition states that she was unaware when the in vitro fertilisation resulting in Johnson’s pregnancy had taken place.

She also stated that their marriage was “based of fraud” and that both parties had acquired “minimal community property and incurred minimal community debts during their three-week marriage”.

The ladies will both appear in court on August 17 for a hearing regarding Griner’s annulment petition.

One month after their May nuptials, the two-time Tulsa Shock All-Star Glory Johnson announced she was expecting a baby with wife Brittney Griner. However, the following day, Griner filed for an annulment, a move that left the mom-to-be “truly really saddened.”

But life moves on and this week the Johnson announced she’s nine weeks along with twins while sharing a snapshot of her ultrasound on Instagram.

It’s not a surprise for me because this is what we planned for with the IVF cycle, though hearing their hearts beat for [the first] time was the most ASTONISHING thing I have ever heard in my ENTIRE LIFE. For 15yrs Double-Doubles came with hard work and dedication … now I’ve been blessed by God to have ‘double doubles’ for the rest of my life!”

Brittney Griner and Glory Johnson will both serve a seven-game suspension without pay, after their arrest in April.

Griner and Johnson were arrested on misdemeanour assault and disorderly conduct charges at their Phoenix home after a physical altercation occurred.

According to the statement, the “confrontation escalated to include wrestling, punches, and the throwing and swinging of various objects.” Griner had a bite wound to her finger and scratches on her hand, and Johnson was diagnosed with a concussion.

WNBA president Laurel J. Richie said in a statement after the organisation conducted its own investigation.

With consideration of all the facts and circumstances of this matter, we are suspending Brittney Griner and Glory Johnson each without pay for a period of seven regular-season games. Brittney and Glory’s conduct is detrimental to the best interests of the WNBA and violates applicable law. … Accordingly, each player will be required to attend individual counseling sessions with a counselor satisfactory to the WNBA.”

The couple was married shortly after they were arrested, having been engaged since August. Both have since apologised for the incident.