In the 2015 film Sisters, Kate McKinnon saves the day by whipping out a staple of the lesbian lifestyle: a collection of carabiners.

For some reason, lesbians love carabiners, the square-ish metal keyrings that loop their belt loops. Carabiners have become just as much a stereotype as flannel shirts, pixie haircuts and short fingernails.

Historically, lesbians have always been more likely to hold jobs.

In the early 1900s, while heterosexual women had husbands they could rely on to work and be the breadwinner, lesbians never had that option. They were forced to work in order to support themselves, and having a key ring was often a practical necessity for blue-collar jobs.

Until very recently, women who dared to work outside the home were caged into “feminine” jobs such as being a secretary. Butch lesbians, needless to say, did not fit those roles.

Masculine-presenting lesbians, therefore, got jobs where they could get them – jobs that did not require them to adhere to traditional gender roles. These jobs were often as mailwomen, mechanics and janitors, which all require easy access to a wide variety of keys.

Alison Bechdel brought the key ring to a new generation.

In her bestselling memoir/sold-out Broadway musical Fun Home, cartoonist Alison Bechdel describes the joy of finding another carabiner-clad woman. The song “Ring of Keys” hit home for many lesbians who grew up in the ’80s and ’90s, and helped introduce contemporary “baby gays” to the age-old carabiner tradition.

Straight women stay away from carabiners.

Straight women have co-opted many aspects of lesbian culture, from worshipping Ruby Rose to getting undercuts to even wearing flannel. But the carabiner tradition has been around for decades, and straight women have yet to get on board with clipping a square metal key ring to their belts. It’s hard to make that stylish. So for now, our carabiners are safe.

I love women with big boobs. But when your a butch woman, its not as fun as we would like to think.

Here are some common issues facing the busty who walk among us.

1. Finding a shirt that fits is impossible.

2. Your boobs get stuck in your armpit when you lay down.

3. Clutching your chest as you pick up speed is a normal thing.

4. Wearing just one sports bra is a joke.

5. People (even those who don’t know you well!) say things to you (even in casual conversation!) like, “Have you ever thought about getting a breast reduction?”

6. You look way-to feminine in a bathing suits.

7. Cross body bag straps are a no.

9. And, Finding a bra that actually fits is practically its own Olympic event. 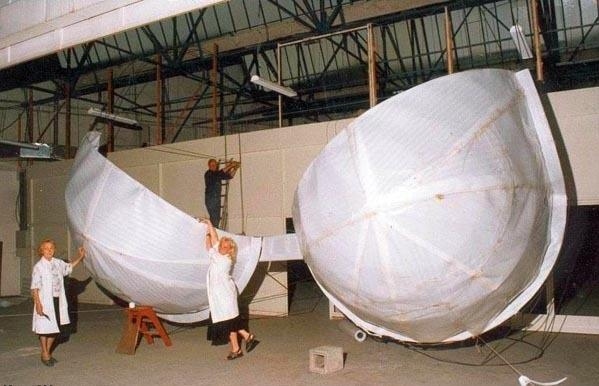 10. By now, you’re used to all the mean jokes about your bust size. 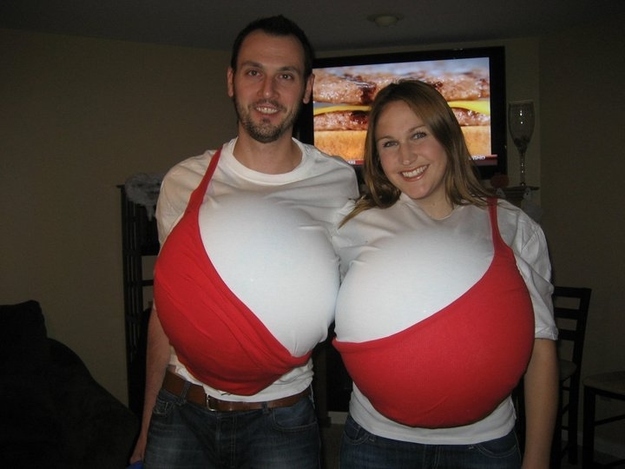 11. People assume that they’re much less sensitive to jiggling than they actually are.

12. You get to make all the boob jokes you want.

While many were busy gushing over the Hollywood ladies’ perfect dresses, we here at KitschMix were transfixed on Lea DeLaria Saint Harridan tuxedo.

DeLaria wore a simply tuxedo, shirt and trade mark glasses to the Emmy awards, and showed the world how the butches do it.