If you keep up with the Canadian comedy scene, or if you’ve seen shows such as The Nightly Show with Larry Wilmore and Best Week Ever, then it’s likely that you know who Sabrina Jalees is.

If you’re not familiar with the out comedian’s work then you soon will be as not only does she star in new gay film Portrait of a Serial Monogamist but she’s also a writer for the upcoming NBC sitcom, Crowded! 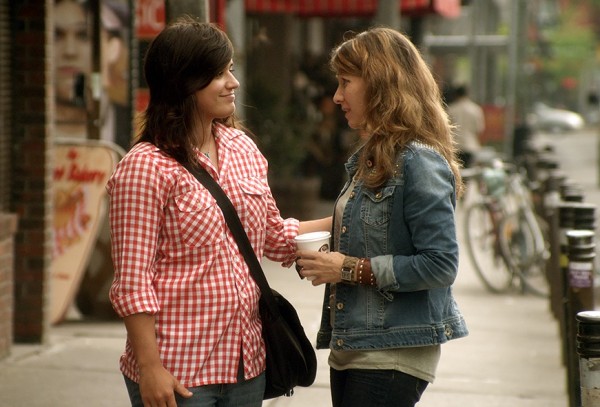 Portrait of a Serial Monogamist follows Elsie, a television producer who always finds herself in relationships and yet cannot recognise the fact that she’s a ‘serial monogamist’. Jalees’ character Sarah on the other hand, “thinks she knows everything about picking up women” but by the end of the movie, the comedian tells AfterEllen, Sarah is “not the player that she thought she was”.

Jalees explains to the publication that Sarah “does talk like she’s pretty smooth, but she also fucks up” and she also notes that the film was “made by and stars a lot of people in the queer community in Toronto”. 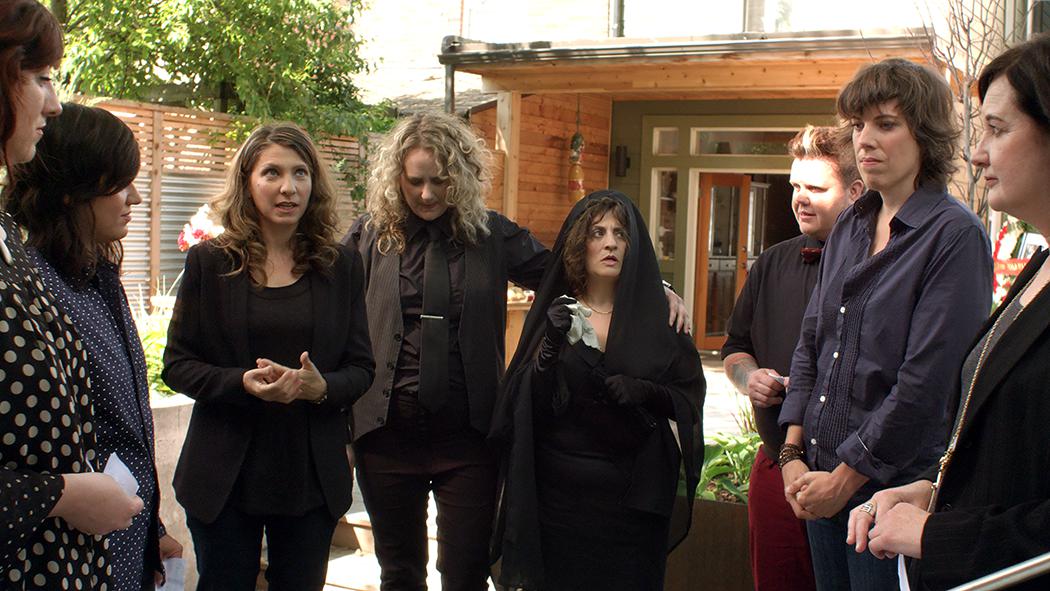 Queer films about honest queer characters that are made by actual queer people are hard to come by so it’s probably worth checking out Portrait of a Serial Monogamist during its run in select theatres.

As for her work on the small screen, NBC sitcom Crowded! will debut in March. Jalees explains that the show’s premise is that “two daughters move back in with their parents, who were just about to enjoy having the empty nest and all of a sudden everything’s crowded”.

Jalees also describes one of the daughters, Stella, as “sexually fluid” and that in the first episode that she writes on, Stella “makes out with a girl”.

Rather than being a cheap grab for views though, Jalees confirms that Stella’s fluidity “is part of her identity and she in the first season” and that “she’s very much open to dating more women in the second season”. Set your DVRs for Crowded!’s premiere on Sunday, March 20.

Other sections of the interview that are well worth reading include Jalees’ “unauthorized” beginnings in stand-up comedy as well as her thoughts on being a queer Muslim role model. She explains why she was hesitant to come out, how her parents supported her and how her career has grown since she made that decision.

Over the weekend, Women’s World Cup playing, goalkeeper Erin McLeod from Canadian, tied the knot with her girlfriend and fellow footballer Ella Masar. 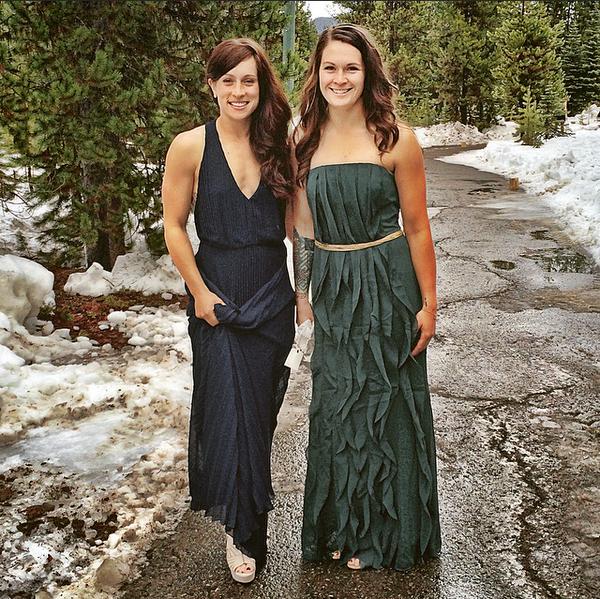 Masar came out publicly ealier this year in an article focusing on her Christian faith, after receiving homophobic comments on a personal family photo.

It doesn’t take a rocket scientist to understand that I am deeply in love with Erin Katrina McLeod. Yes, I know she is a woman. Yes, I hear you, it is wrong. Yes, I know I am sinning. Yet, please tell me who can throw the first stone? Wether you believe it is a sin or not, I will never apologize for loving someone, faithfully, with everything that I am, and honoring them daily.”

Again, Masar has had to respond to hateful comments on her wedding. She posted this response:

For all the congratulations, love, and support thank you. Erin and I feel overwhelmed and blessed with everyone that has reached out… Also, to the “other” messages, thank you. Thank you for praying for me and reinforcing my own prayers because as you pray, “Lord please help Ella, allow her to see her sin for loving that woman, for respecting her, being faithful, honoring her, etc …” Know I am saying the same thing, “My Heavenly Father, thank you for allowing me find my better half, for finding someone that strengthens my faith and allows me to be the person I always imagined. Thank you for teaching me what truly loving someone and others is all about, amen.

‘Forbidden Love: The Unashamed Stories of Lesbian Lives’ is an award-winning Canadian documentary, which explores the lives of lesbian in the 1940s, 50s and 60s.

First released 20 years ago, the documentary is now celebrating its 20th Anniversary re-release and has been lovingly remastered in HD by the National Film Board of Canada.

Written and directed by Lynne Fernie and Aerlyn Weissman, the film is illustrated using of archival footage and interviews with 10 fascinating women.

Each woman discuss her experience of being attracted to other women, and how they pursued relationships in the repressive society. Their decision to be either butch or femme; the secretive and usually dingy bar scene and the women who frequented them. The women also described the relationships they had, how they began relationships with ex-girlfriends of ex-girlfriends, who in turn lived with each other. The trials of being in an abusive relationship.

These are both candid and riveting stories bring to life what it was like coming out (or being closeted) and finding community amid the homophobic backdrop of the era. Each woman talks about her life with frankness and humor, which is interwoven with this real-life history and dramatised romantic, pulp-novel-inspired tale of star-crossed lovers Beth and Laura.

“Whether they look like truckers or cowboys or sweet-faced grannies, the women seen in Forbidden Love have a shared sense of humor.”