Lea DeLaria announced that she and her longtime girlfriend – fashion editor Chelsea Fairless – had amicably called off their engagement after four years together. 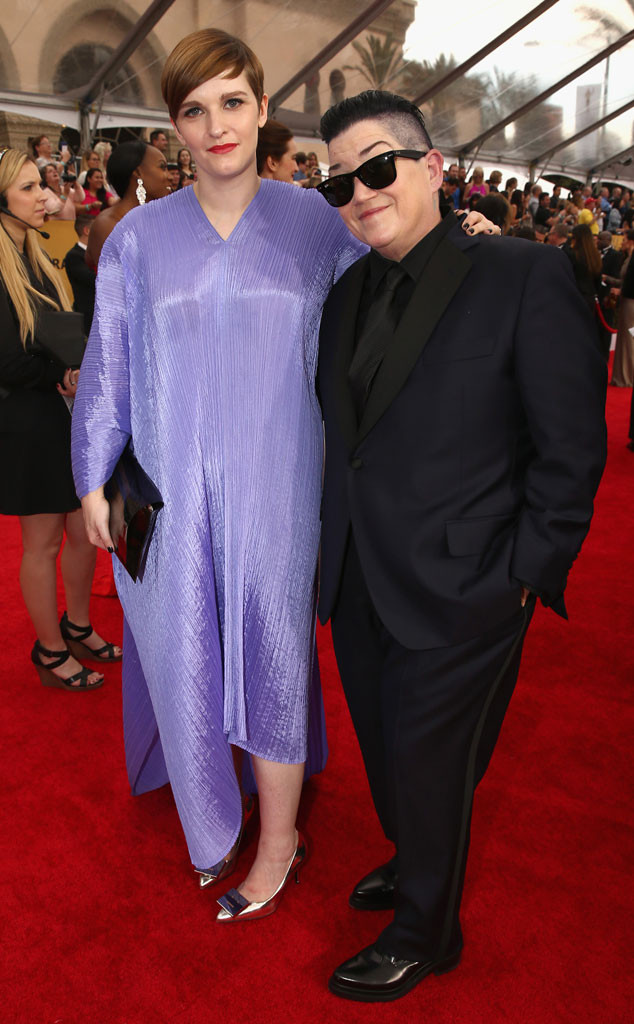 DeLaria posted a photo on Instagram of her with Chelsea and Michael Jackson and Elizabeth Taylor and wrote,

Apparently this was an eerily prophetic choice of engagement photo as our relationship has since gone the way of David and Liza, with one small exception: our split is amicable. Please exclude us from the tragic and basic celebrity breakup narrative. We were happy together for four years and will remain in each other’s lives. In fact, we look forward to finding new ways to torture each other. We would like to thank our incredible friends and families for their love and support ❤ xoxo Lea &@female_trouble.”

Last year, DeLaria told Out magazine how she’d met Fairless through co-star, Emma Myles, during the first season of Orange is The New Black in 2012.

We set up a date, and within 10 minutes, we pretty much knew. I tend to push relationships away, but this was magical. We were screaming with laughter and finishing each other’s sentences.”

Here’s to a happy 2017 for both DeLaria and Fairless.