Comedian Hannah Gadsby is on a mission – to be Australia’s next big lesbian icon.

In the last few days Gadsby has posted over a dozen hilarious Ruby Rose inspired selfies on her Instagram acoount.

The launch of season 3 Orange Is The New Black, introduced the world to Ruby Rose and her character Stella Carlin.

Since then, she has become the poster child gender fluidity, and there have already been comparisons between her character and the prototype lesbian seductress, The L Word’s Shane McCutcheon.

With Season 4 of OITNB now in production, and the continued trajectory of Australians making it in Hollywood, Hannah Gadsby is keen to emulate Rose’s Insta fame.

Does she have what it takes? We think so.

We all have a sense of humour, but what is your humour type? Are you sarcastic one or super witty type who turn everything into a joke?

Over the years there have been so many women on TV who made us smile.So which super witty TV woman are You? I took the quiz and got Lucille ball. YES! Let us know who you got!

The radio host stepped down as host of Radio 4’s News Quiz earlier this week, after nine years hosting the popular show.

Speaking on Women’s Hour today, she explained that she had decided to quit the show in order to “participate” in politics – by creating a Women’s Equality party.

I have made jokes over and over and over again about politics and, do you know, this election I’ve had enough… and I have decided that instead of making jokes about it, I need to participate. So I am involved in the founding of a new political party. It’s called the Women’s Equality Party. It is a fantastic group of women – and indeed men – who have decided that enough is enough and we need to make some changes.”

They are not fielding candidates in the UK 2015 general election but will do so in five years time, she said. She said it was “very possible” that they would get MPs elected in 2020.

Clearly, if I’m going to be taking part in the political scene, it wouldn’t be appropriate sitting there making jokes about it. When pointed out that the panellists will now poke fun at her, she said: They’d be welcome to… and good luck to them to try, frankly! I feel I need to commit to this, I’m really excited about it. I’ve watched the mainstream parties blame each other and bicker. It seems to be that politicians now, there’s the overbearing parent… or there’s the overgrown toddler. I think it’s time to grow up. We look at why women still do not have equality in this country. It’s not going to be right or left, it’s going to be a very pragmatic female approach to things.”

Author and former Time Magazine editor-at-large Catherine Mayer is among the party’s other founders.

According to a Facebook post about a recent meeting, their aims and objectives are: Equal representation in politics and the boardroom; equal pay; equal parenting rights; equality of and through education; equal treatment by and in the media; and an end to violence against women.

Asked why she had not joined an established political party, Toksvig replied:

Most of the mainstream parties seem to treat women’s issues as if we were a minority group rather than, in fact, what we are, which is the majority of the country. So you get separate women’s manifestos, or you get childcare talked about as if it was only a woman’s issue, and if UKIP and the Green Party have taught us anything, actually pushing our agenda from the outside and pushing the mainstream parties to pay attention is much more successful.

The party’s going to be non-partisan. It’s not going to be right or left. It’s going to be a very pragmatic, female approach to things, which is to say, ‘What is the problem that we have in front of us? And what is the most practical and possible way in which we can solve this?’ I want the party to attract people from all sides.”

All we can say is watch Hart’s amazing Orange Is The New Black – the Lost Auditions parody, and smile the rest of the day. Brilliant! 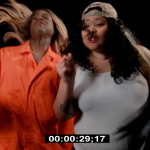 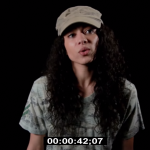 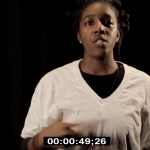 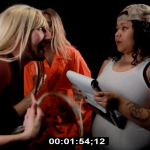 Hart is a very out-spoken comedian, creating comedy that will have your sides tickling. Coming from the lesbian side of the LGBT community, her humor is the most RANDOM category that you will ever stumble upon.

Music, sketches, serious topics, and comedy are all things you can find right here on the HARTBEAT channel.

This video by with Comedian Sabrina Jalees and her father Sayed is a great example for struggling parents of LGBT children, no matter their background.

“Before I realized I was gay, I was kind of homophobic. I mean, that’s disgusting! Two women—together? Ugh. Really, I guess, I was just afraid that that was me.”

Jalees grew up in a multi-ethnic home (her mother is from Switzerland, and her father is from Pakistan) in Toronto.

Comparing her ‘Coming Out’ to cliff diving, Jalees knew that tell her family about her sexuality would be hard, but she felt very strongly that she needed to tell her parents.

“I came out to my parents, because I wanted to keep my relationship with them.”

Right after she told her father, she remembers him, after a long stretch of shocked silence, saying, “Well… We didn’t raise you guys to be liars”, and from that moment on, Sabrina knew things were going to be reasonably all right.

While she was growing up, Sabrina’s family played host to her various aunts, uncles and cousins, moving to Canada and the US from Pakistan, and Sabrina became very close with her extended family.

Even though she knew it was difficult, she believed very strongly that to be true to both herself and her relationship with her family, she needed to tell them about her life and her recent marriage.

In an email to her aunts, uncles and cousins, she wrote:

I got married this past summer to an amazing woman named Shauna. Although some of you do know, I’ve found it hard to be open with all of you about this part of myself. I really avoided “coming out” for a long time because I love all of you and didn’t want anyone to see me in a different light or judge me. I do not want to keep hiding this from you because I feel that if I continue “not mentioning” this part of my life I’ll completely drift away from you guys.

There were no responses. Sabrina quickly realized that none of her extended family members were planning to write back to her. Many de-friended her on Facebook. Eventually, she heard from one of them that the official family line was, “our support for Sabrina ends here.”

“I thought there would be more of a conversation around it. I never expected them to just shut off and throw me out.”

Her parents embraced her life, and made sure the rest of the family knew it.

Throughout history, comedians have used humor to shed light on subjects that are typically considered to be uncomfortable or taboo.

In this recently posted TEDxTalk, comedian Sabrina Jalees approaches the topics of racism and sexuality, as she tells a coming-of-age story.

After working up the courage to tell her Muslim family that she was a lesbian, Sabrina learned that being true to herself and taking pride in her individuality would not only enhance her material, as a comedian, but that ultimately it would lead to a happier life.

Jalees is a Canadian comedian, actor, keynote speaker, writer and host of ‘My Sexy Podcast”. Now based in Brooklyn, she started her comedy career early at the age of just sixteen, when she took the stage and performed on open mic night at the Yuk Yuk Comedy Club in Toronto.

This talk is positive, insightful, and funny. Hell, the opening lining is…

“Legally I do have to tell you, by the end of this talk, you’ll all be lesbians.”