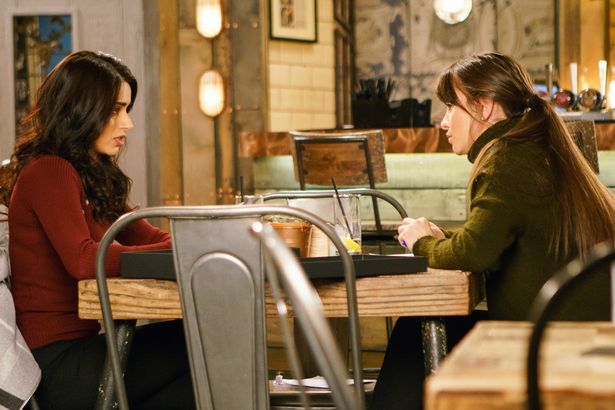 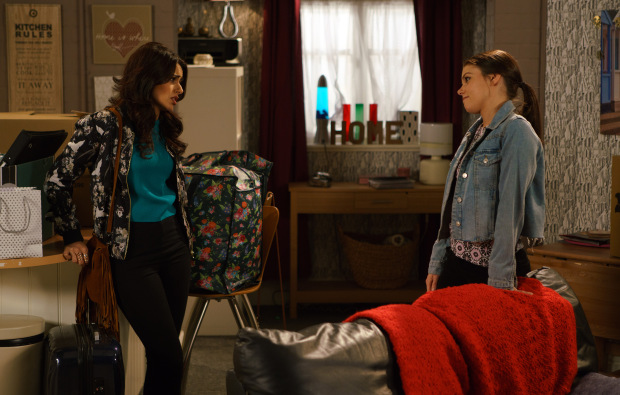 The young mechanic succumbed to her injuries, after she was knocked unconscious in the explosion on the street last week.

Her devastated girlfriend Sophie Webster and her family were at Maddie’s bedside as she slipped away in hospital.

Last night’s emotional scenes got many fans chatting on Twitter, and most were upset to see the rebellious youngster – played by Amy James-Kelly – leave the soap.

It’s a coming of age story for Sophie. She is going to cope, she’s going to deal with it, she’ll look after the funeral and she’ll sort it her way. Obviously it’s agony for her, but I think it’s time that Kevin and Sally started seeing her as a young woman rather than a girl. That’s partly what the story is about.”

Amy Kelly who plays Maddie, announced early this year she wanted to quit the show. In a statement released, the actress said she’d decided to leave after just 18 months in the role because she wanted to try something new.

I’m young and adventurous and I want to gain more experience explore and improve my craft. Acting is my passion and I’m excited to see where it takes me.”

Amy made her first appearance as runway Maddie during 2013’s Christmas episode, when Sophie and her mother Sally volunteered at a homeless shelter.

Coronation Street continues at tonight at 7.30pm on ITV.

The British soap has announced that Amy, who plays Sophie’s tearaway girlfriend, has quit the show. In a statement released, the actress said she’d decided to leave after just 18 months in the role because she wanted to try something new.

“I’m young and adventurous and I want to gain more experience explore and improve my craft. Acting is my passion and I’m excited to see where it takes me.”

Amy made her first appearance as runway Maddie during 2013’s Christmas episode, when Sophie and her mother Sally volunteered at a homeless shelter.

Maddie soon started a relationship with Sophie, who had just split from girlfriend Jenna, and moved in with the Websters.

But it seems their happiness will be short-lived.

The news will have come as a surprise to fans of the soap – especially as Corrie boss Stuart Blackburn previously admitted he wanted to keep her in the show for as long as possible.

“We are currently working on an exit storyline for Maddie which will have repercussions for Sophie and other Weatherfield residents.”

Former Coronation Street star Amanda Barrie has announced her engagement to her female partner – 66-year-old crime novelist Hilary Bonner, with whom she lives in Somerset.

“As our combined ages will be 144 at the time of this cosmic event, we felt we might be cutting it a bit fine if we left it much longer… In any case, our dog was feeling insecure.”

The retired actress, is best known for her role as Alma Halliwell on the soap, with her appearances spanning two decades.

Barrie, who came out as bisexual in 2002, was previously married to theatre director Robin Hunter until his death in 2004.

Gay Coronation Street actor Charlie Condou is also due to depart the soap later this month, previously teasing that his impending exit “will certainly be explosive”.

Coronation Street’s first transgender character, Hayley Cropper, was written out of the show earlier this year, after 16 years.