This summer, Yalonda and Kayla Solseng wanted an unforgettable photo shoot to capture their love, and they have delivered – their own storybook romance in an epic princess-themed engagement shoot. 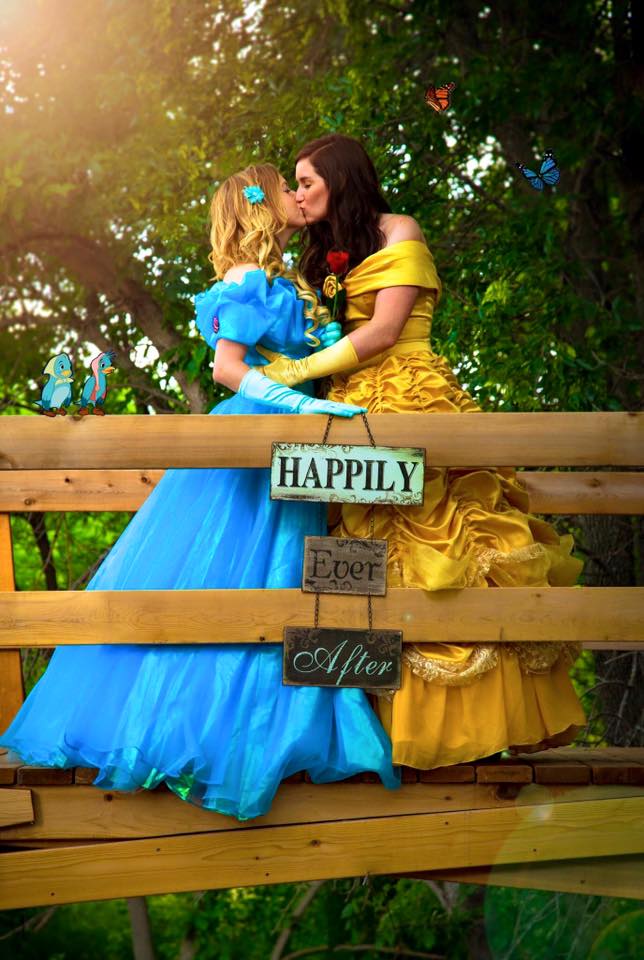 The couple – who also got married this month – met two years ago, one the website Plenty Of Fish, and soon connected over their obsession with the TV show Once Upon A Time 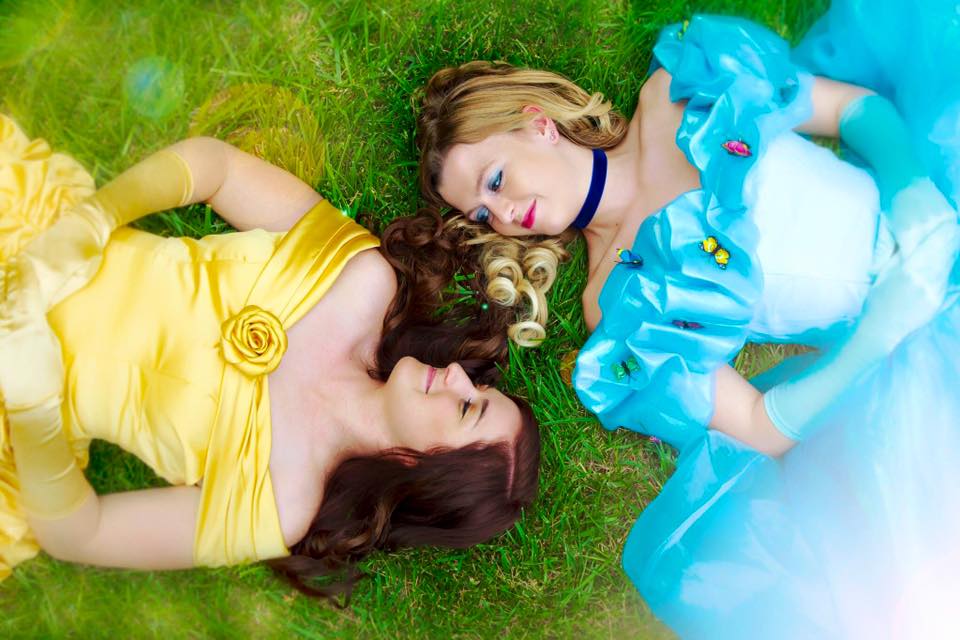 That show rewrites fairytales and this was our modern-day fairytale,”

After dating for nine months, Yalonda proposed to Kayla while studying abroad in England. Kayla came to visit around the holidays and the pair planned a trip to Switzerland. After a day on the slopes, they came back to their hotel where Yalonda surprised Kayla with a fairytale book she had written and illustrated based on the couple’s own love story. 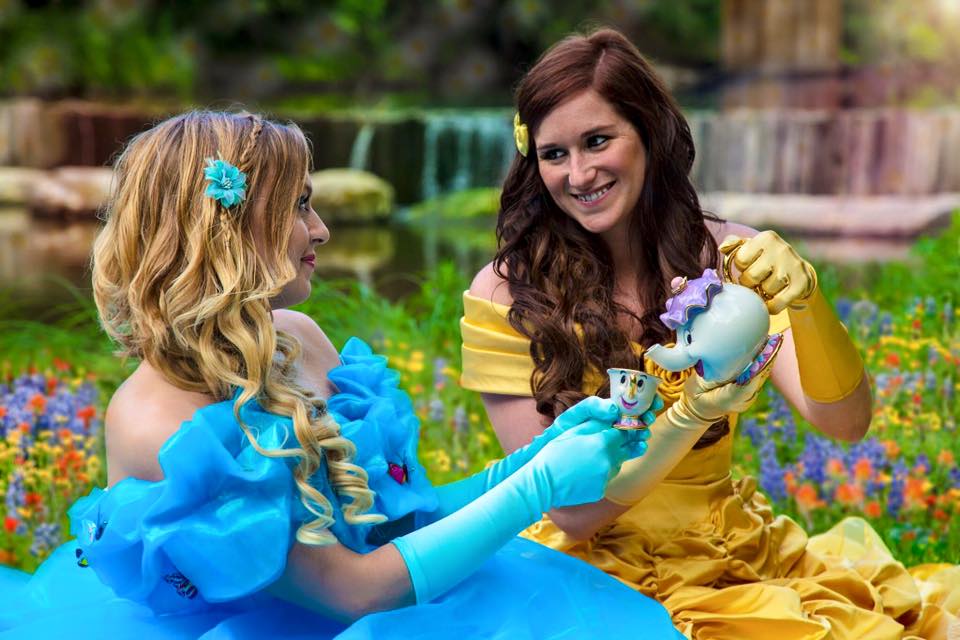 Earlier this month, Kayla and Yalonda made it all official when they tied the knot at Romantic Moon Events Center ― the same venue where they had taken their engagement photos. 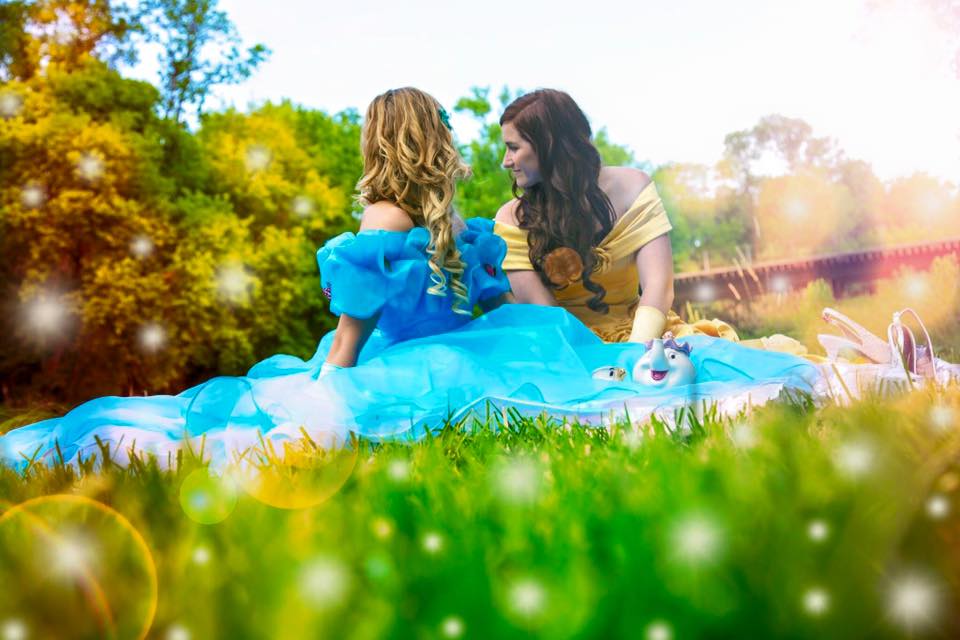 Gay marriage has been legalized in the U.S. for over a year and we hardly have gay or lesbian characters in children’s movies ― let alone them being main characters. Kids want to be the characters they grow up with but when none of the characters represent you, then you feel alone. I want our photos to be shown to kids and families as a way of saying it’s okay to be who you are. It’s okay to be with the person you love.”

Ah the Disney Universe. In recent months, Elsa from Frozen has been the object of a social media campaign to give the ice princess a girlfriend.

The #GiveElsaAGirlfriend movement has gained enough momentum to get the approval of Idina Menzel, the voice of Elsa herself:

I think it’s great, Disney’s just gotta contend with that. I’ll let them figure that out.”

And Pixar might also have teased a same-sex couple in the upcoming Finding Dory.

All of them are delightful and will make for a perfect happily-ever-after. 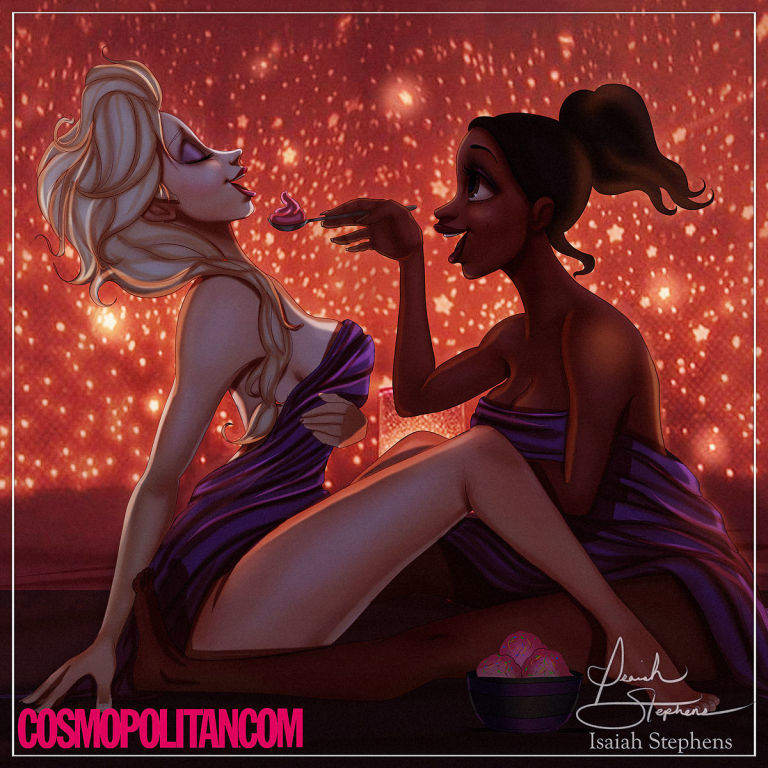 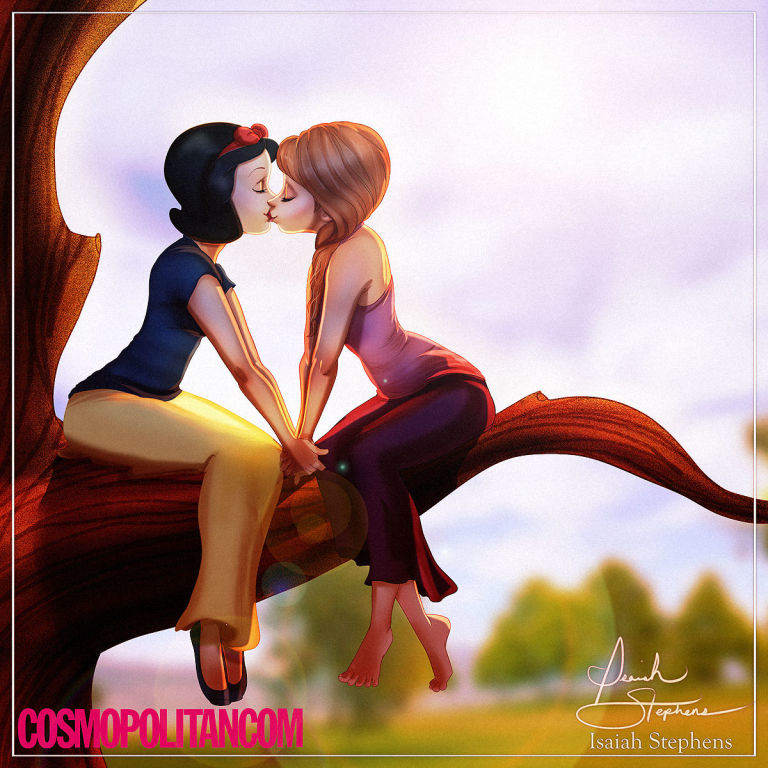 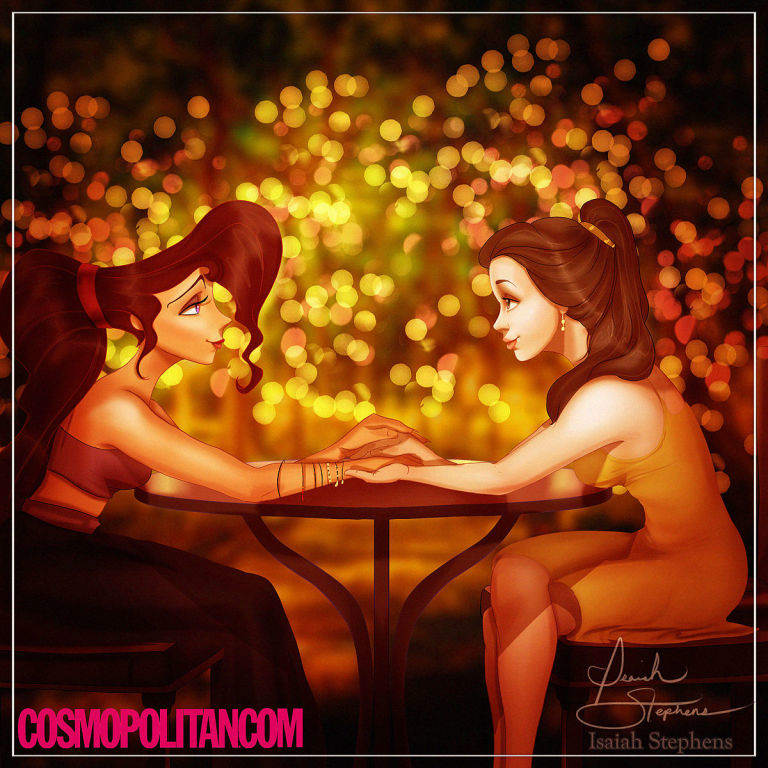 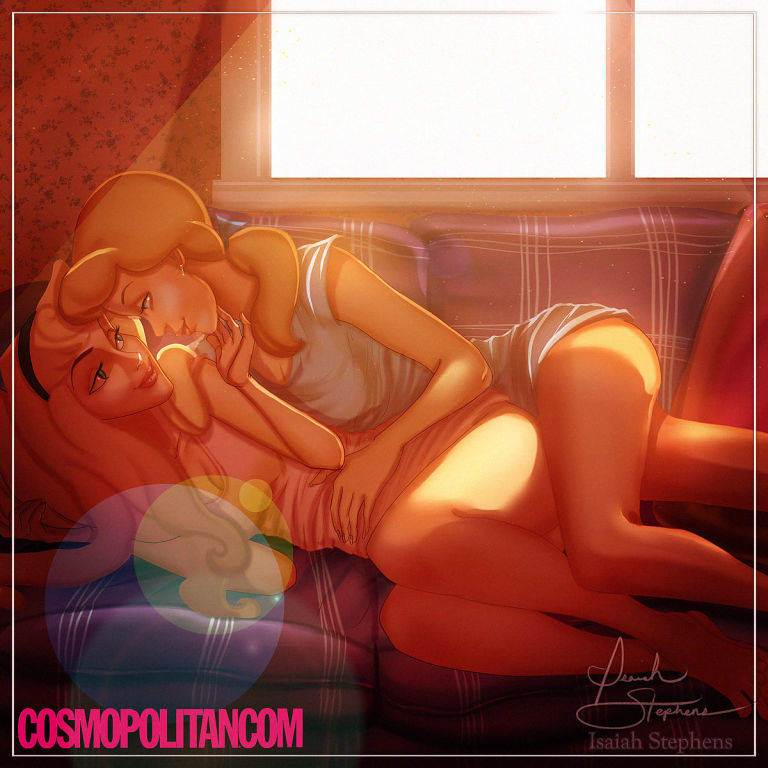 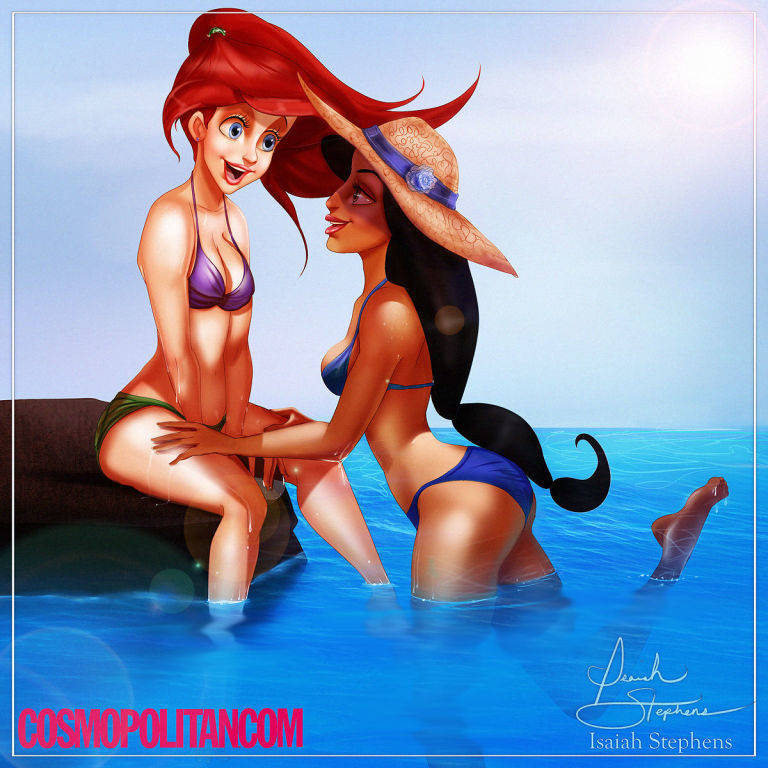 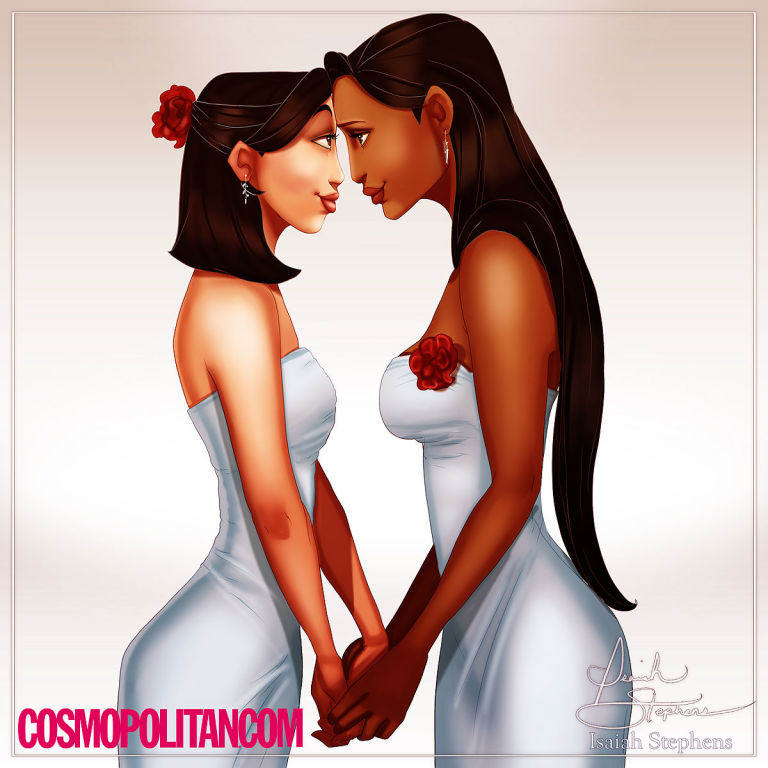 But never have you been asked this  the ultimate and holy grail of questions: which Disney Princess are you?

More: Coming Out The Disney Way

Your life will never be the same after this moment. And no, we’re not exaggerating, but yes, you’re welcome.